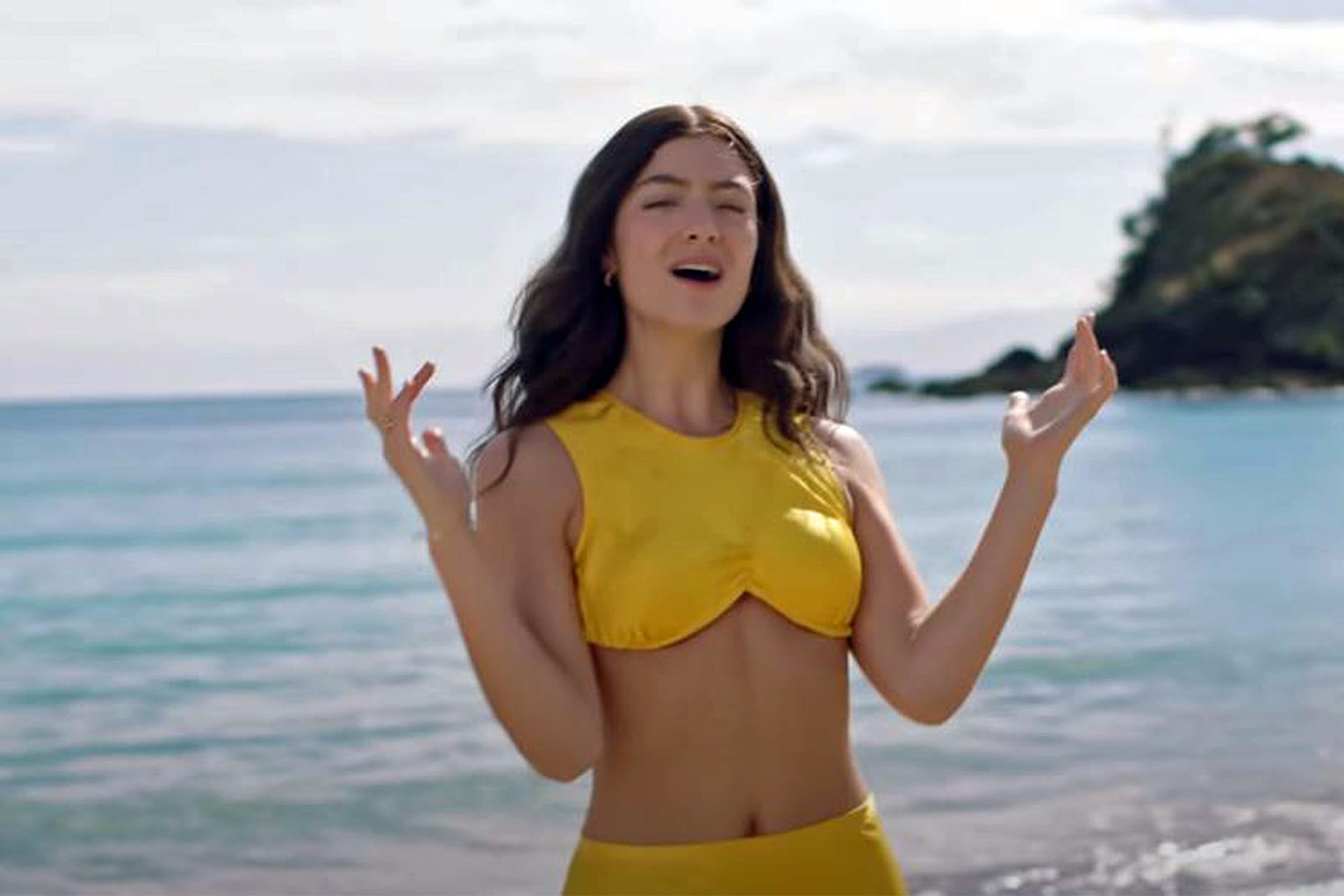 Lorde dropped her new song “Solar Power” on Thursday along with an accompanying video, marking her first musical release since her 2017 album “Melodrama.”

And with her choice of outfit, the 24-year-old New Zealand pop star made it clear she’s ready to step out of the past year’s darkness and into the light.

In the clip, Lorde cavorts on the beach with a bevy of bohemian-dressed pals, clad in a sunny yellow deadstock satin bra top ($275) and matching midi skirt ($340) by sustainable New York brand Collina Strada.

In a newsletter sent to fans on Thursday, the Kiwi singer confirmed that “Solar Power” is the title track from her upcoming third studio album, for which she didn’t provide a release date.

“The album is a celebration of the natural world, an attempt at immortalising the deep, transcendent feelings I have when I’m outdoors,” Lorde wrote, adding, “I want this album to be your summer companion, the one you pump on the drive to the beach. The one that lingers on your skin like a tan as the months get cooler again.”

The “Green Light” hitmaker added that her new single — co-written and co-produced by Jack Antonoff, and featuring backup vocals from Phoebe Bridgers and Clairo — is “about that infectious, flirtatious summer energy that takes hold of us all.”

Lorde shared a peek at the album’s cheeky cover art on Monday: a shot of her bare bum snapped during a beach day with friends.