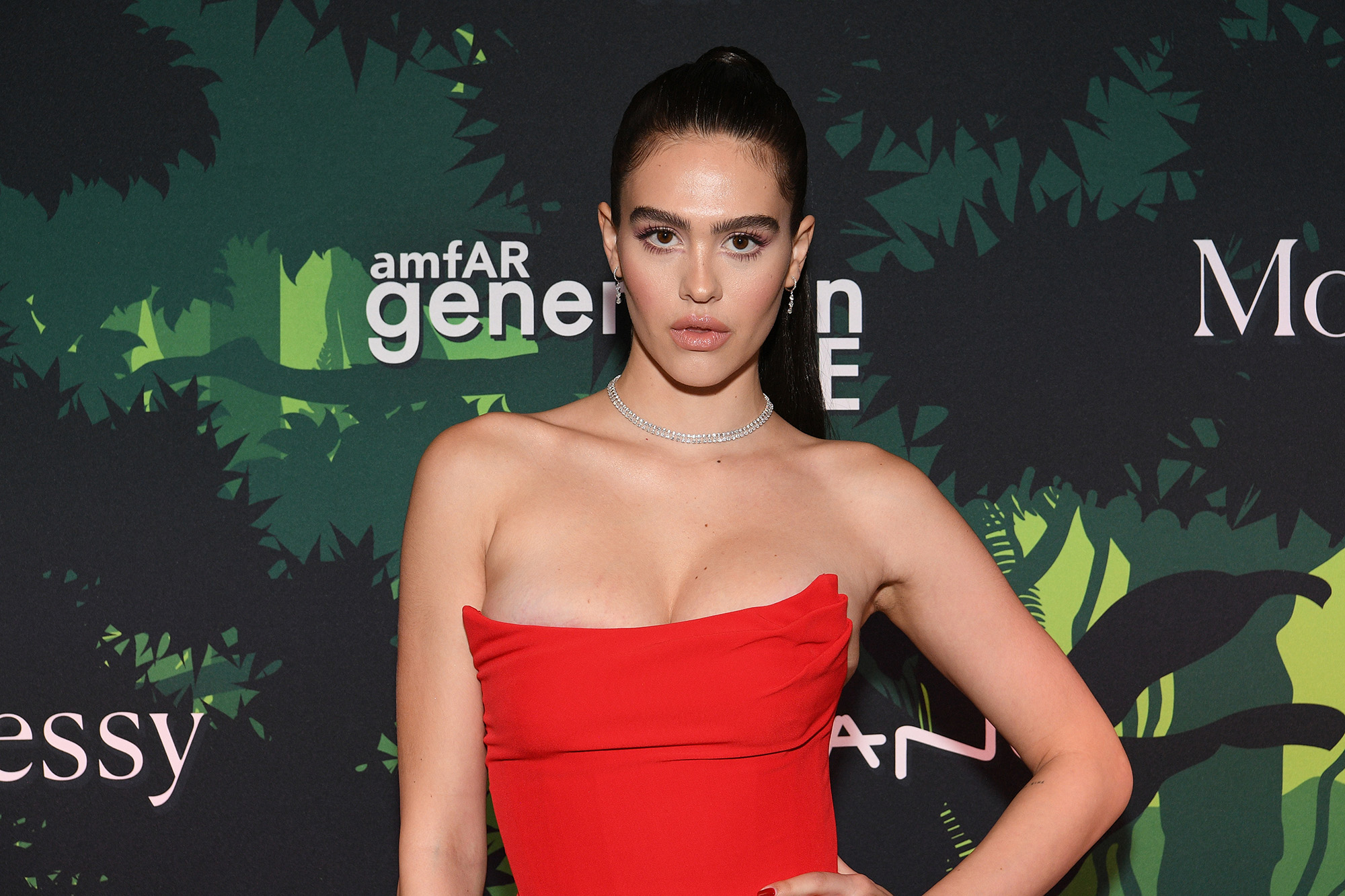 It’s Amelia Hamlin’s 20th birthday party, and she’ll show as much skin as she wants to.

The model celebrated leaving her teenage years behind by hitting Miami’s Liv nightclub dressed in a tiny metallic two-piece look, and joined by her 38-year-old boyfriend Scott Disick.

Disick kept his hands on Hamlin throughout her birthday party. Instagram

Hemsworth posted a photo alongside Pratt and jokingly wrote, “Happy…

Adding even more flash to her outfit, Hamlin wore birthday diamonds gifted to her by Disick.

He can be seen on Hamlin’s Instagram Story securing a diamond-encrusted cross necklace around her neck before she thanks him with a kiss on the lips. The model’s friends can be heard cheering for the couple in the short video on Hamlin’s Story.

The evening also included a stop at Papi Steak restaurant in Miami.

Throughout Hamlin’s lengthy Instagram Stories, a staff member is seen dancing while holding up an LED sign that reads, “Happy Bdav Amelia” — misspelling and all. Several other staff members are also seen dancing around Hamlin’s table holding expensive bottles of champagne with live sparklers flowing off the top.

Hamlin was also presented with a glittery gold five-tier cake. One layer was covered in pictures of Hamlin, including several photos of her in her underwear and at least two of her snuggled up with Disick.

Hamlin, pictured here in 2019, got diamonds for her 20th birthday.Getty Images

Hamlin, who is the daughter of “RHOBH” star Lisa Rinna and actor Harry Hamlin, went public with Disick on Valentine’s Day. He is the father of three kids with ex Kourtney Kardashian.