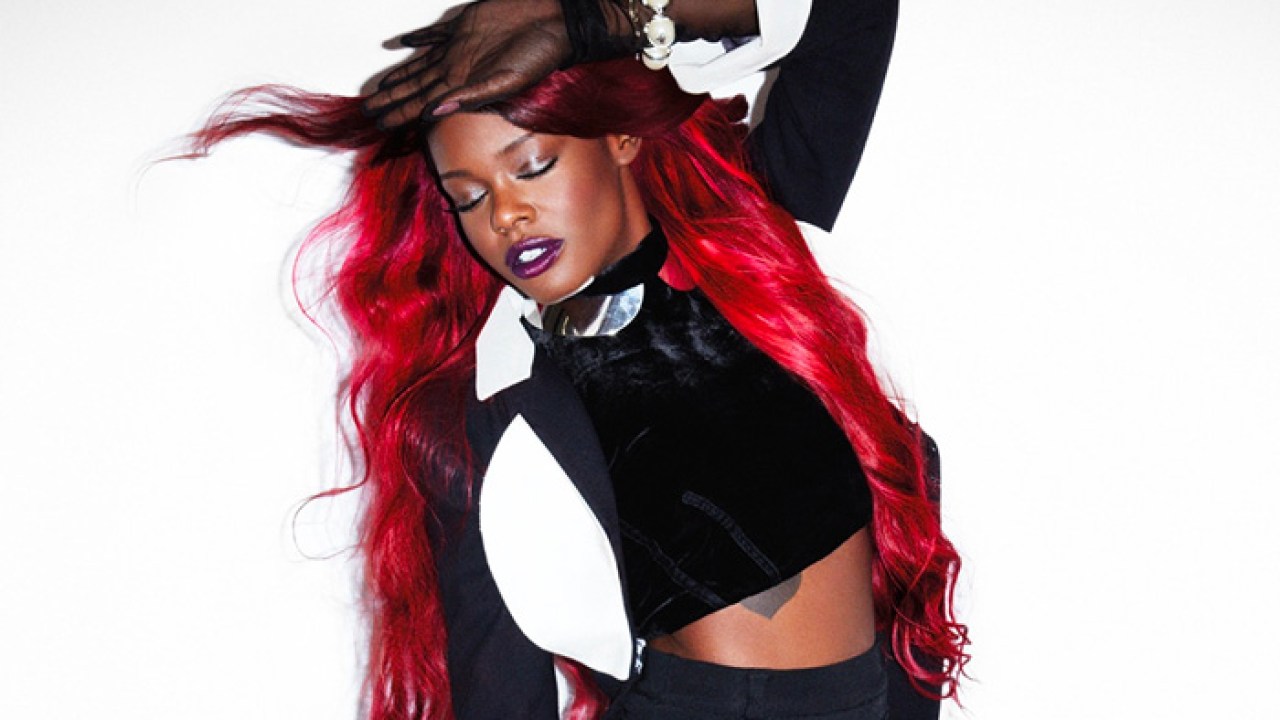 The controversial rapper took to her go-to platform to share some great personal news – she is now engaged! That’s right! Azealia Bank let the world know that she and conceptual artist Ryder Ripps are engaged and she also showed off her ring, suggesting that she is now ‘Jewish’ because of it!
Earlier today, the female emcee shared a pic of her hand and the golden ring on that finger and she made the announcement in a very Azealia Banks way!
In the caption, she wrote: ‘I just got engaged, k-nts. I am Jewish now. MAZEL TOV BITCHES! WE IN HERE…. YERRRRRRR.’

So it looks like her engagement announcement was also Azealia’s way of sharing the fact that she has converted to Judaism.
Sure enough, the ring on her finger was not your usual engagement diamond.
Instead, it was a massive gold ring bearing a menorah.
Aside from this, she also posted snaps from the actual proposal, showing Ryder on one knee on her IG Stories.
As for the man, he commented ‘My bb,’ sweetly, on her announcement post and also shared a pic of her hand on his own platform.
Fans were quick to congratulate the couple, one telling her, for instance, that they ‘Can’t wait to see the freakum dress at the wedding.’
As for who Ryder is, the man is apparently not only a conceptual artist/graphic designer, but also the Creative Director at OKFocus.
Furthermore, he has worked with some really big names in the industry before, including none other than Kanye West!
Since he has such connections with big artists, it makes sense that he and Azealia somehow met even though he is not famous, like she is.
Are you surprised to hear about the rapper’s engagement? What do you think about her ring and her supposed religious conversion?
Advertisement

Jennifer Lopez Celebrates Her Twins’ 13th Birthday Without Alex Rodriguez – Here’s Why They Weren’t Together!
Stevie Wonder Says He’s Going To Move To Ghana Due To Not Being Appreciated Fully At Home In The USA
Comment