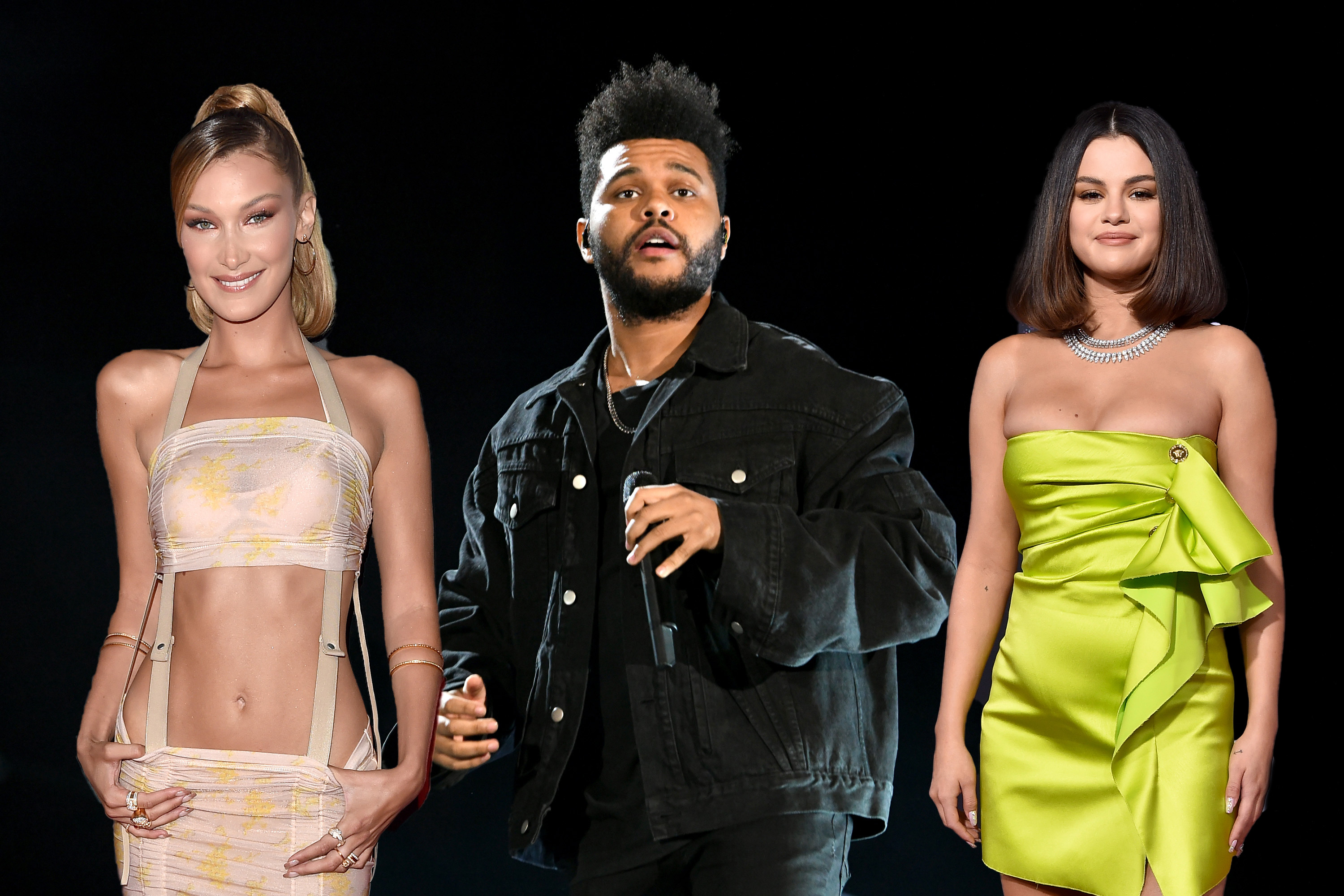 The Weeknd apparently isn’t one for casual flings.

The “Can’t Feel My Face” singer — who is performing at the Super Bowl 2021 halftime show — has a complicated dating history. But it has only involved a few women — mainly on-again, off-again girlfriend Bella Hadid, whom he is no longer dating.

The Weeknd and Bella Hadid attend the 2016 Grammys. WireImage

The Weeknd, whose real name is Abel Tesfaye, began his back-and-forth whirlwind romance with supermodel Bella Hadid back in 2015.

The pair had crossed paths several times but it wasn’t until Coachella that year that sparks really flew.

“They had met each other before Coachella, but that’s where they really clicked,” said a source at the time. “It’s still new.”

Page Six reported later that year that Hadid was seen with The Weeknd looking “in love.”

They made their red carpet debut together at the 2016 Grammys and then accompanied each other at the Daily Front Row’s Fashion LA Awards in March of 2016.

But by the fall, they were over (for now, at least).

Selena Gomez and The Weeknd hit the red carpet at the 2017 Met Gala. WireImage

Leave it to The Weeknd to go from a supermodel to a superstar.

The crooner began dating Selena Gomez in early 2017 after his (first) breakup with Hadid.

They accompanied each other to several events and posted about each other on their social media accounts.

But 10 months after dating they decided to call it quits.

A source told Page Six at the time, “Everyone wants love, but his focus is the business. He’s building a legacy. He’s young and successful with money and can have any girl he wants. Their relationship kind of came out of nowhere.”

Another source told us at the time, “He’s a supreme player. He hits the scene hard. [Selena’s] more subtle with it.”

The breakup also came as Gomez was reportedly spotted with ex-boyfriend Justin Bieber. After her split from The Weeknd, Gomez appeared to get back with Bieber for a brief period.

But even though The Weeknd and Gomez didn’t last as a couple, that doesn’t mean they didn’t make an impact on each other’s lives.

As Page Six reported in March 2019, The Weeknd seemingly released a song about the pop star, though it wasn’t exactly flattering. While he says he was prepared to go under the knife for the unnamed woman in the song (Gomez had a kidney transplant in 2017), he also says she treated him like “a pit stop/Till you made up your mind/You just wasted my time.”

The Weeknd was linked to Yovanna Ventura after he dated Selena Gomez.Getty Images

The Weeknd rebounded with a new woman, model Yovanna Ventura, following his split from Gomez.

He was reportedly spotted holding hands with Ventura in November 2017.

While The Weeknd and Ventura seemed close at the time, things fizzled for the pair.

Bella Hadid and The Weeknd share a smooch on the streets of New York in October of 2018. GC Images

Following his 10-month romance with Gomez and a brief flirtation with Ventura, The Weeknd got back together with Hadid in late 2017.

In October of that year, a source told Page Six that The Weeknd started beefing with Drake after he reportedly hooked up with her.

But the couple remained strong and continued to make public appearances together and gush over each other on social media for nearly two years.

Unfortunately for the pair, the second time was not the charm and they broke up again in August 2019, E! News reported.

According to a source, “distance” played a role in their breakup, adding: “They are in different places right now, physically and mentally.”