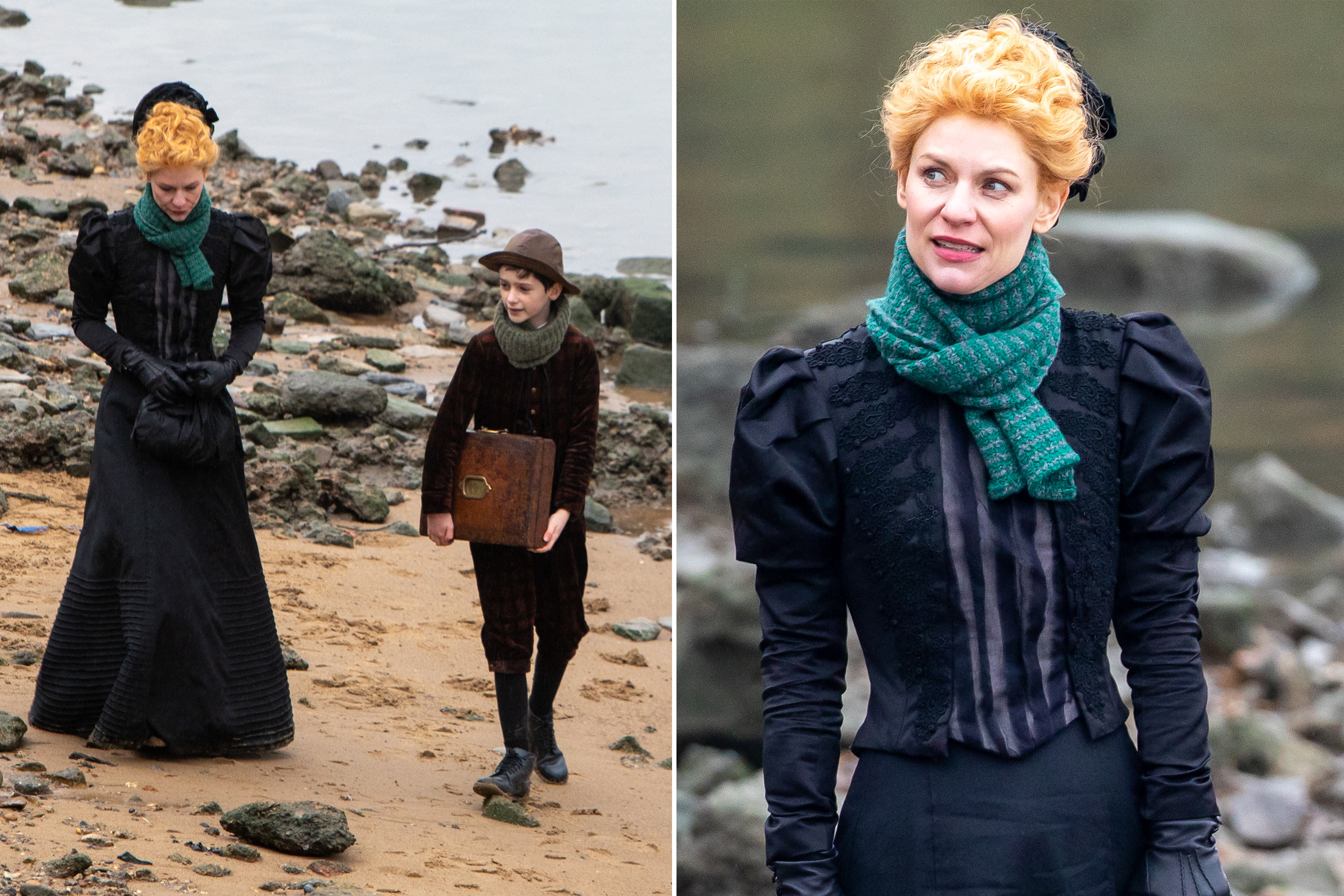 Claire Danes has gone from the CIA to her majesty’s corseted service.

The 41-year-old actress has been snapped clad in Victorian dress for her upcoming role as Cora Seaborne in the new Apple TV+ 1800s drama “The Essex Serpent.”

The American actress was seen on set walking along the rocky shore of the Thames river, apparently between shots as she protected her self from the rain with a thoroughly modern golf umbrella, rather than a one from time period.

Claire Danes kept her neck warm with a scarf while filming.SplashNews.com

In the show, based on the novel by Sarah Perry,  she plays a widow enjoying freedom following the end of an abusive marriage. Cora relocates from London to a sleepy village in Essex called Aldwinter and becomes intrigued by local superstition that a mythical creature dubbed the Essex Serpent has taken up residence there.

Claire Danes filmed by the Thames.SplashNews.com

The period drama is Danes’ first role since wrapping up filming of “Homeland,” which ended last year after eight nail-biting seasons.

The New York City native won two Emmys for her role as CIA officer Carrie Mathison who had bipolar disorder. Previously she was known for her starring role as a sensitive teen in “My So-Called Life” and appearing in movies.

Danes was not the first choice to play the role. Keira Knightley was originally cast but dropped out of the project due to childcare reasons related to the COVID-19 pandemic.

“As the COVID cases increase in the U.K. and additional lockdown and restriction rules are potentially being imposed, with so many unknowns, there wasn’t a comfortable scenario for Keira that could be put in place for an extended period of child care required for the 4.5-month production,” Knightley’s rep told People last year.