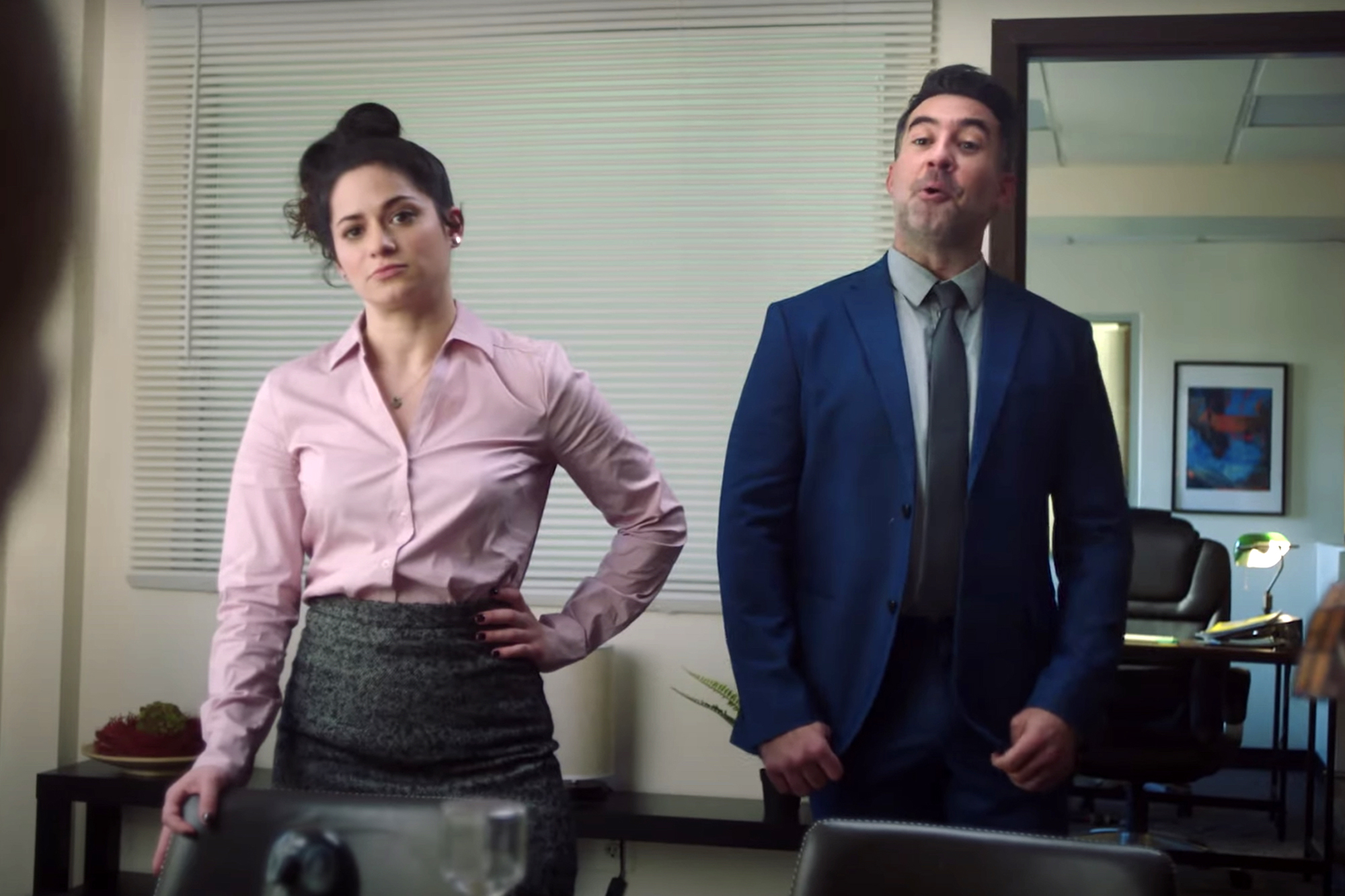 Crash and burn is one way to describe this Super Bowl 2021 ad.

Cure Auto Insurance is being roasted for its “Whip It Out” commercial, with the Twitterverse racing to condemn it as “tone deaf” for using sexual harassment in the workplace as fodder for lame jokes.

The commercial aired just before The Weeknd’s halftime performance on Sunday during the biggest night of the year for football — and pricey television advertising.

The 30-second spot opens with a visibly upset employee storming into her boss’s office and declaring: “Miss Davis, Tommy just brought me into his office and whipped out his opinion.”

“I didn’t just whip it out — she was into it,” Tommy blurts out in his defense. “Plus, I have a pretty big opinion.”

The blond boss lady — a self-professed fan of “margaritas” — then interjects: “Tommy, not everyone in this office wants your opinion,” prompting Tommy to bring up a prior shared happy hour “when you begged me for my opinion?”

Social-media justice warriors were swift in their condemnation: “Wow. Okay. Cure Auto Insurance with the fail ad of the decade,” one outraged Twitter user posted. “What is happening????”

Cure, a regional company based in West Windsor, NJ, “leaked” the ad before the Super Bowl — and Twitter hate promptly piled up.

And, finally, “Nothing goes over as well in 2021 as some fresh workplace sexual harassment material,” one poster chimed in, with yet another tweeter declaring, “I just saw an ad for Cure Auto Insurance that should never have been approved.”

WTF was that @CUREInsurance ad. I thought they were headed up some weird metaphor to help guys understand how NOT to behave…but…no. Worst ad so far. #SuperBowl— Melissa Hobley (@MelissaHobleyNY) February 8, 2021

However, when reached by The Post for comment, a rep for Cure said the company in no way meant to “trivialize the #MeToo movement,” and stressed that the company has an 80% female staff — and a female minority founder and CEO in Lena Chang.

“Whip it Out,” the rep stressed, was merely geared to illustrate how “opinions” are not really allowed in this current political climate — and could potentially make you the target of smear campaigns that gain traction online.

A scene from “Whip It Out,” the Cure Auto Insurance ad that aired during Super Bowl 2021.YouTube