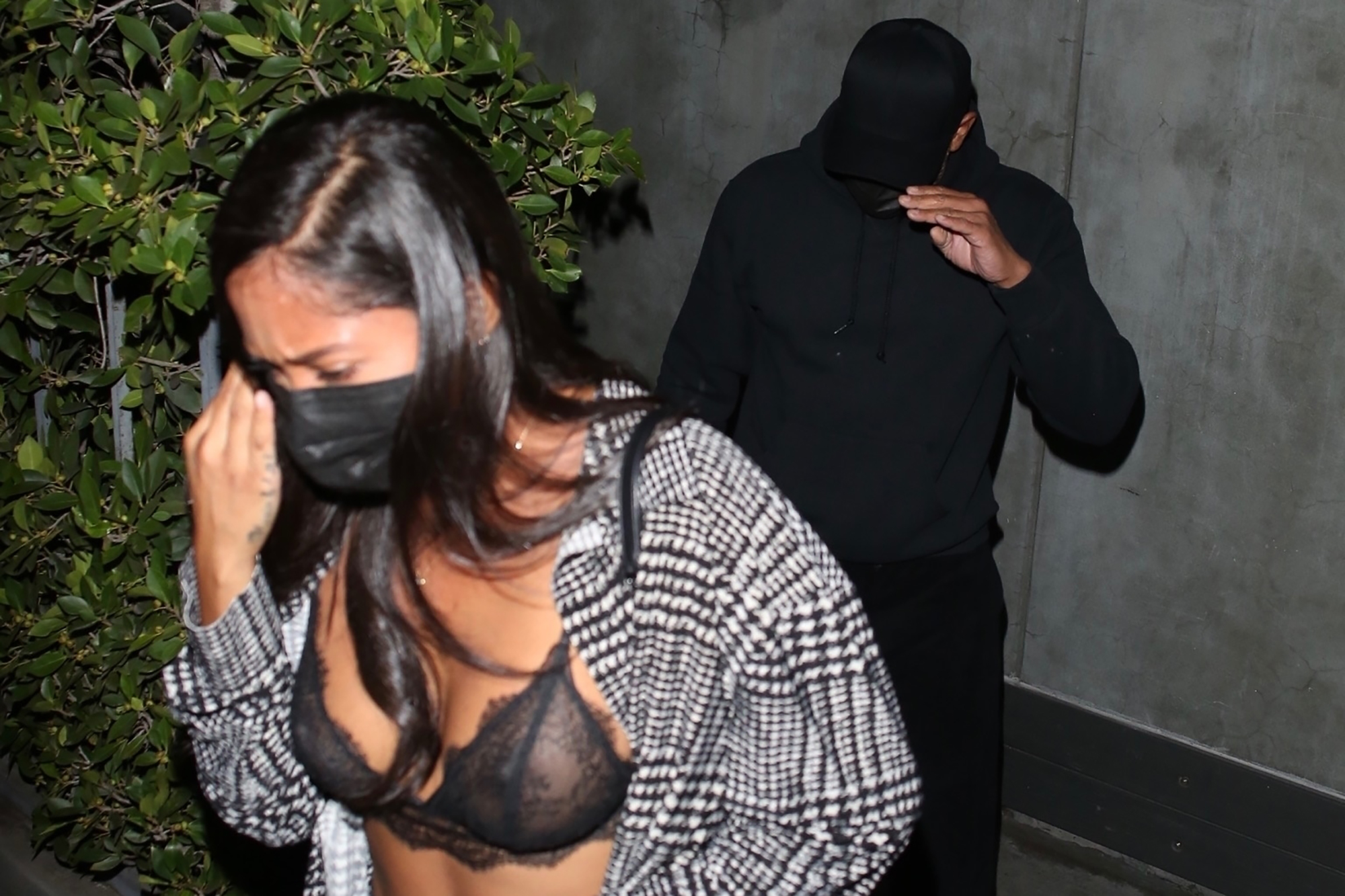 The music mogul, 55, was spotted leaving BOA Steakhouse in Los Angeles Wednesday night with a mystery woman amid his divorce from estranged wife Nicole Young and recovery from a brain aneurysm.

The woman wore head-to-toe houndstooth with her sheer black bra exposed, showing off her toned abs and stomach tattoo, while Dre tried to shield himself from photographers with his black hat.

The duo exited BOA through the side door with masks on, helping to hide their identities.

The Beats by Dre founder was first hospitalized in early January with a brain aneurysm and released a couple of weeks later. Two days later, he posted a since-deleted photo of himself back in the studio.

While holed up at Cedars-Sinai, Dre agreed to pay Young $2 million in temporary spousal support in their bitter $800 million divorce battle.

Dr. Dre placed his hand on his mystery woman’s lower back as he helped her into the car.Sal/Gio / BACKGRID

Insiders told Page Six that the stress of his divorce, in addition to his health scare, swayed his decision to give into some of Young’s requests.

Young filed for divorce from Dre in June after 24 years of marriage. She subsequently filed a bombshell lawsuit against him, claiming she co-owns the trademark to his name — as well as his landmark album, “The Chronic.”

Dre also has put up a fight against Young, threatening to summon everyone single one of their wedding guests in an attempt to prove he didn’t coerce her into signing a prenup.