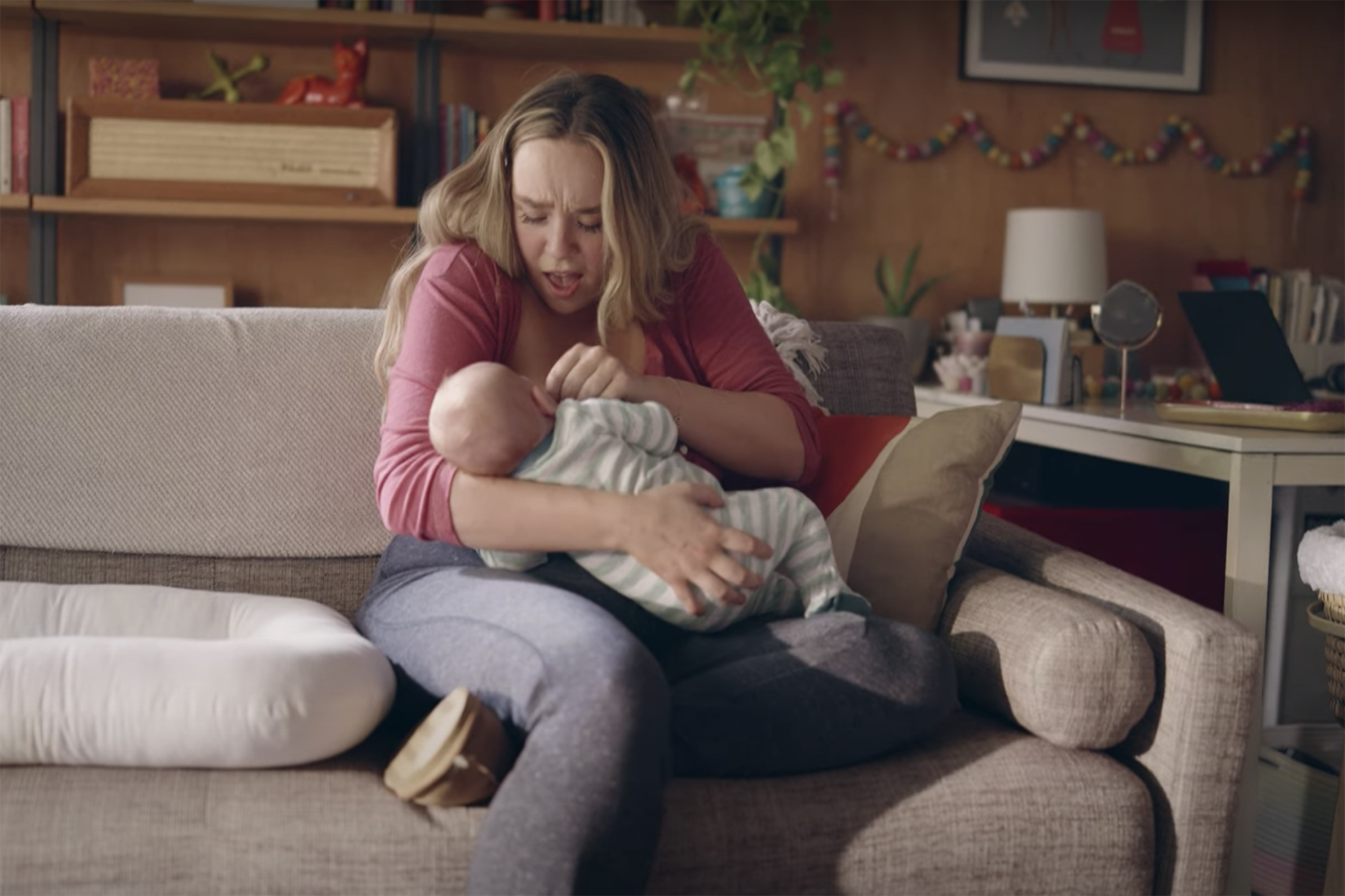 This advertisement is a small step for one brand and a big step for women everywhere.

Parenthood brand Frida Mom is set to air what is believed to be the first commercial ever to show lactating breasts on television. It will run during the 2021 Golden Globe Awards on NBC this Sunday.

“Alright girls, you’ve got this: Latch, and latch better, and oh God, unlatch, unlatch,” a female voice narrates in the one-minute and 15-second commercial as two new moms breast-feed their babies with their nipples uncensored.

“We’re lifting the veil on the challenges new moms (and their breasts) face as they DIY their way through lactation woes — from massaging out clogged ducts with an electric toothbrush to slowing the flow with cabbage leaves,” reads the video’s caption on YouTube. “It’s time to care for your breasts, not just your baby.”

The ad is part of Frida Mom’s #sprayitforward campaign, the launch of which coincides with a new line of products for postpartum breast care. Despite the fact that breast-feeding brings with it numerous physical pains, “it never gets any airtime because the end supposedly justifies the means,” Frida CEO Chelsea Hirschhorn told Insider. “The two don’t have to be mutually exclusive.”

The video has received praise from viewers on YouTube, some of whom are mothers themselves.

Frida Mom’s ad is believed to be the first to show lactating breasts on television.Frida Mom

“I just cried. This is so real. I’m watching this while feeding my baby girl. It has been such a hard but very worth while, journey,” one comment wrote. “Omg I absolutely love this – WELL DONE on telling it like it is,” added another.

“I could relate all too well! Such an amazing commercial! Thank you for shedding light to BF’ing struggles and showing us we are not alone,” chimed in a third commenter.

Previously, Frida had an ad barred from showing during the 2020 Oscars for being “too graphic.” That commercial showed an exhausted-looking new mother trudging into a bathroom wearing thick, diaperlike mesh underwear, sitting on the toilet, urinating and changing the underwear.

“We were really surprised to hear that feminine hygiene was put in the same category as guns, ammunition, sexually suggestive nudity, religion and politics,” Hirschhorn told Today Parents at the time, referring to the academy’s commercial guidelines. “I was surprised, in this day and age, to see that whomever at whatever organizational level at the academy and at ABC put in writing that they would analogize feminine hygiene to some of those other, more offensive categories of advertising.”

Vivica A. Fox Claps Back At Hater Telling Her To Wear ‘Clothes That Fit!’
Tamar Braxton Has A New Episode Of Her Podcast Out
Comment