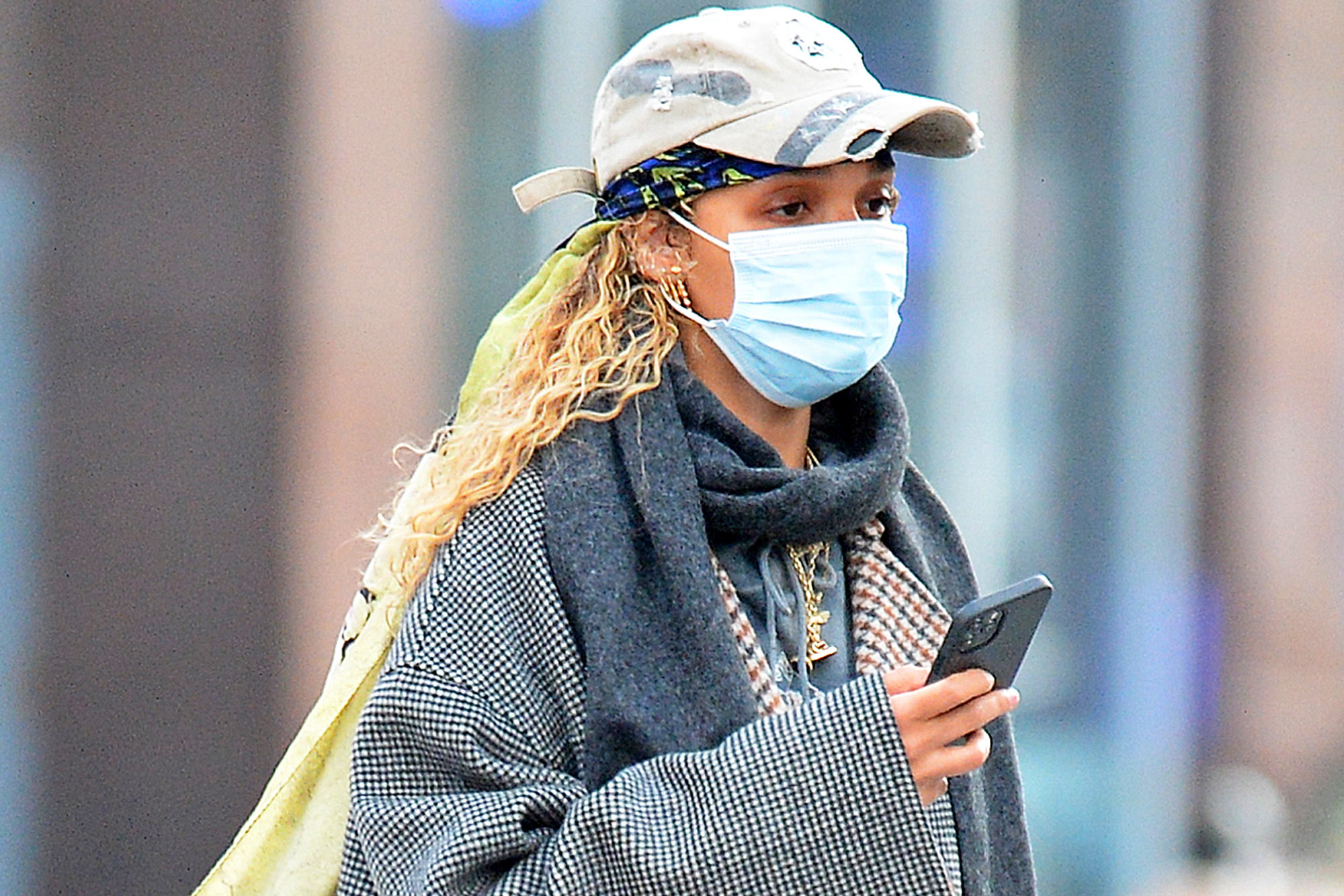 FKA Twigs was spotted out in New York City on Wednesday after accusing ex-boyfriend Shia LaBeouf of “gaslighting” during a new TV interview with Gayle King.

She also donned a headscarf and a baseball cap over her flowing blond locks and a belt bag around her waist.

The star seemed to be glued to her phone, only looking up briefly to cross the busy street.

Earlier, the artist, born Tahliah Barnett, claimed on “CBS This Morning” that LaBeouf’s apology statement to the New York Times over his alleged abusive behavior “reminds me of some of the gaslighting I experienced when I was with him. This taking some of the blame, but not all of it, and then denying it.”

Reps for LaBeouf have not yet commented on her interview, which aired Thursday, with King.

FKA Twigs was photographed walking around the city incognito in a baseball cap.TheImageDirect.com

Twigs sued the actor for sexual battery, assault and infliction of emotional distress in December 2020.

At the time, “The Peanut Butter Falcon” star — who has since denied “each and every allegation” in the lawsuit — issued a statement to the New York Times, saying, “I have no excuses for my alcoholism or aggression, only rationalizations. I have been abusive to myself and everyone around me for years. I have a history of hurting the people closest to me. I’m ashamed of that history and am sorry to those I hurt. There is nothing else I can really say.”

LaBeouf, 34, checked in to a “long-term inpatient treatment” facility in December, with his attorney stating at the time that the actor “needs help and he knows that.”

FKA Twigs was fixated on her phone as she made her way around the snowy city.TheImageDirect.com

This week, Twigs detailed the “systematic” abuse she allegedly faced from LaBeouf to Elle magazine, saying, “It’s pure luck that I’m not in that situation anymore.”

Nicole Young Is Reportedly Worried That Dre’s Mistresses And Friends Will Ruin Her Left-Over Luxury Items Like Fur Coats And More
Cynthia Bailey Reveals That The BLM Movement Brought The Whole RHOA ‘Sisterhood’ Closer Together!
Comment