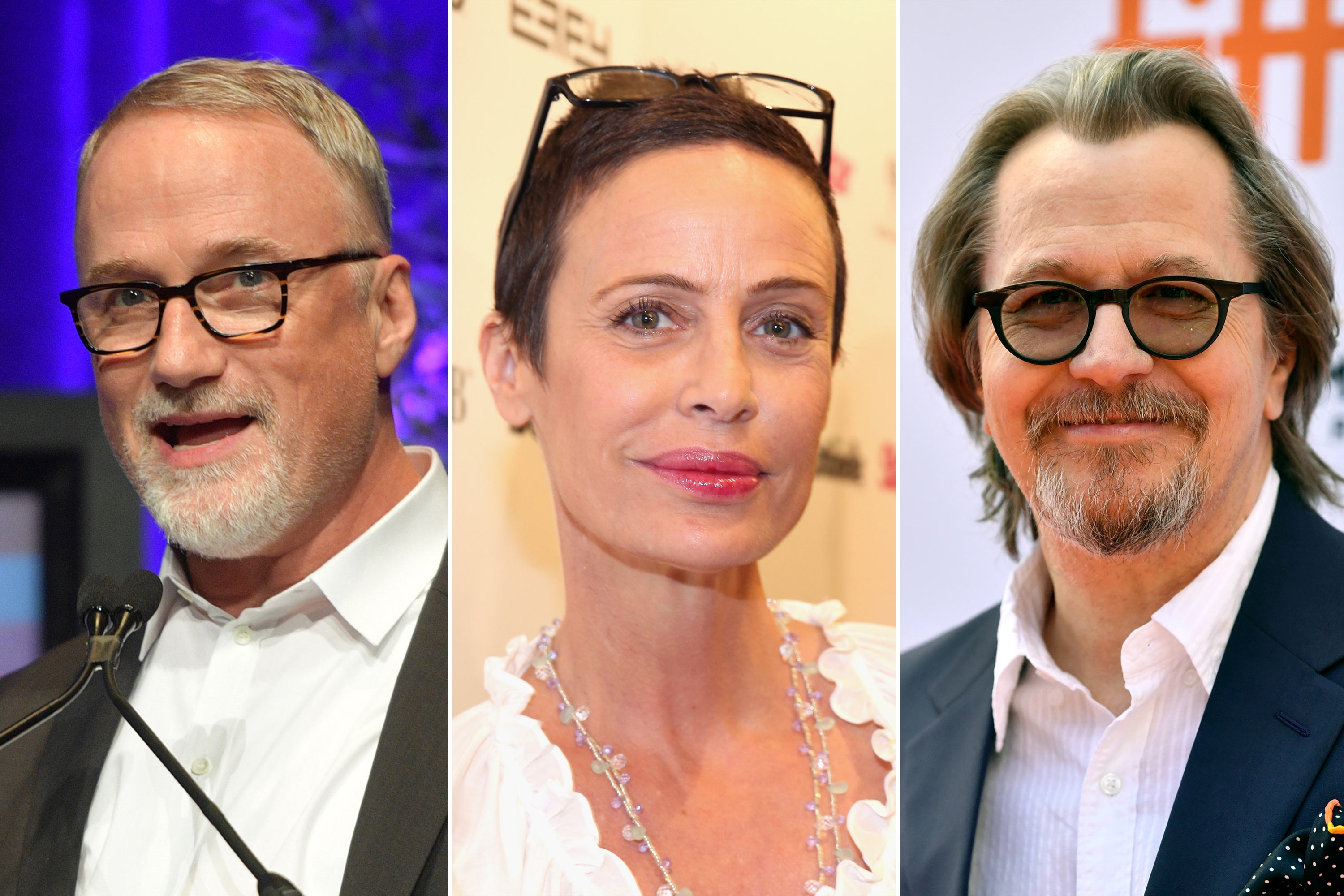 There was an elephant in the studio when Gary Oldman and David Fincher were filming the buzzy drama “Mank.” It turns out the star and the director — nominated for Golden Globes for the film — each had a tumultuous relationship with the same woman.

The pair were both once married to — and have kids with — photographer Donya Fiorentino.

Oldman and Fincher are apparently friends, but the AP reported, “Their shared painful past, actor and director say, went unspoken of during their collaboration” for “Mank.”

Oldman married Fiorentino a year after she and Fincher divorced. Fincher was married to her from 1990 to 1995, while Oldman wed Fiorentino as his third wife in 1997, and they divorced in 2001.

According to reports, both Fincher and Oldman gained full custody of their kids after their respective splits from Fiorentino.

Oldman was infamously hit with an abuse allegation by Fiorentino in 2001, which the thespian has strongly denied. Police investigated, and Oldman wasn’t charged.

One of the ex-couple’s sons also denied the allegation in 2018, after Oldman won an Oscar, by stating: “I was there at the time of the ‘incident,’ so I’d like to make this radiantly clear: It didn’t happen.” But Fiorentino slammed Oldman’s Oscar win by telling TMZ: “I thought we had evolved. What happened to the #MeToo movement?”

Fincher and Oldman reportedly first met in 1990 when the director was trying to cast the star in “Alien 3” — but Oldman turned down the role.

“Mank” follows the career of brilliant, hard-drinking “Citizen Kane” screenwriter Herman Mankiewicz. It’s up for six Golden Globes, and The Post called it “the best movie of the year so far” and “an extraordinary achievement in any movie season” in November.

Reps for Fincher and Oldman did not get back to us.