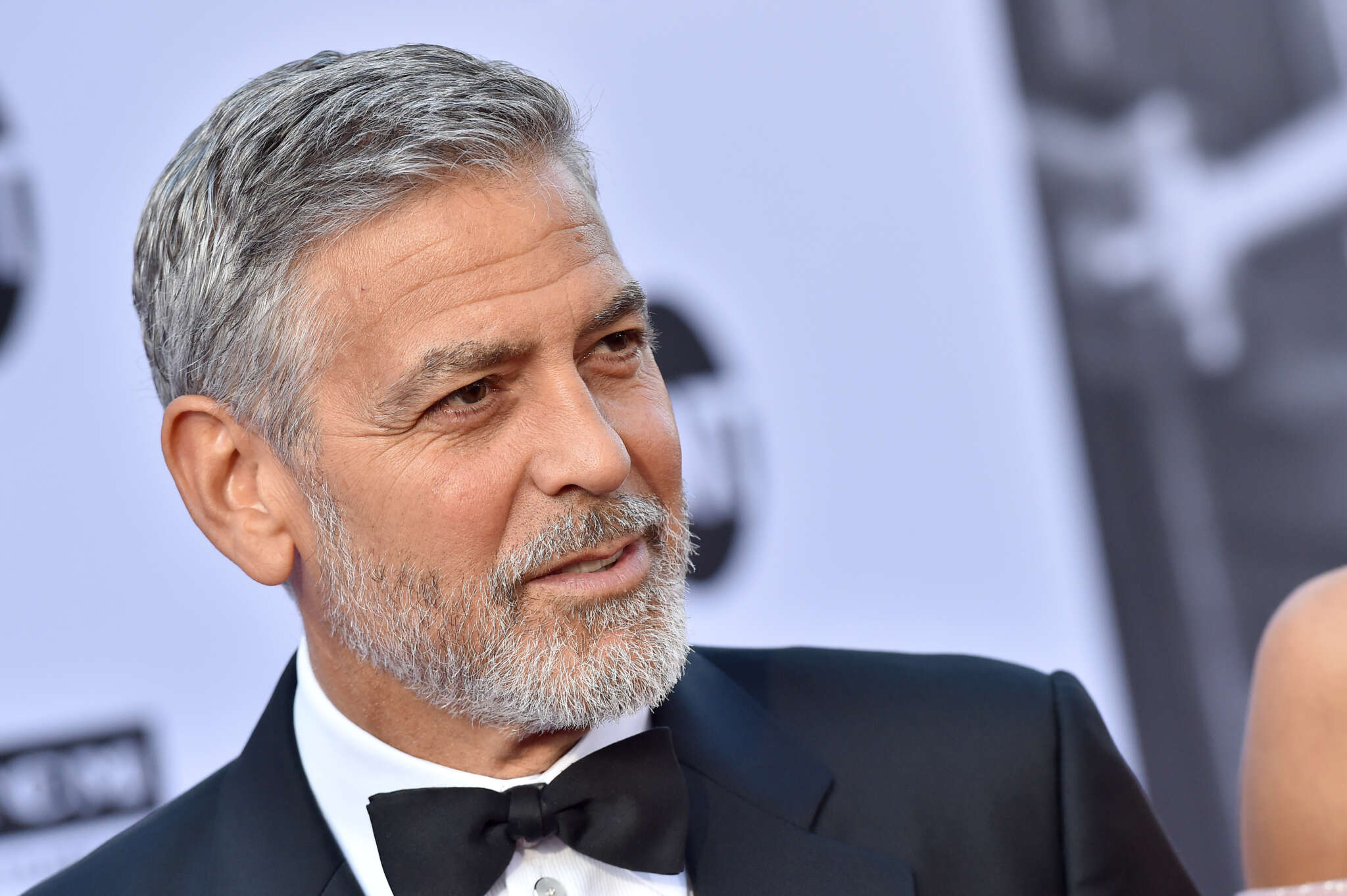 The actor gave an interview for the Best Performances Issue of W Magazine and one topic of discussion was the pandemic and what his hobbies have been in lockdown! That being said, it turns out that George Clooney has been dedicating all his time to cleaning up after his twins, Ella and Alexander and he joked about this very fun ‘hobby.’
He joked that ‘I’ll tell you what I’ve taken on as a hobby [during pandemic]: 2 or 3 loads of laundry a day, dishes all f***ing day, because these kids are all slobs. Apparently, you have to wash your kids every once in a while.’
RELATED: Brad Pitt Reportedly Thinks George And Amal Clooney Are ‘Couple Goals’ – ‘He Wants A Woman To Challenge Him’ As Well!
He went on to reveal that he does much more than that, telling the news outlet that ‘I cut [my son’s] hair, and cut my own hair too but I have always cut my own hair. My hair is like straw. I have not cut my daughter’s hair. I would get in trouble if I did. If I screw up my son’s hair, he will grow out of it. But my wife [Amal Clooney] would just kill me if I touched my daughter’s hair.’
During the same interview, George was also jokingly asked about opening up a Clooney Family Barbershop.
More precisely, in the hypothetical future that they do start this business, what device would be used?
RELATED: George And Amal Clooney Have A Romantic Date Out In Italy Following His Scooter Accident 3 Weeks Ago
It turns out that he gets his signature hairstyle with a Flowbee and not scissors or any kind of trimmers!
He explained that ‘It’s got a little suction on it, and then it has these trimmers, so it pulls your hair up, and then you cut it. It is hooked up to its own little vacuum cleaner.’
It sounds like George Clooney has a very busy life at home with his and Amal’s twins but it really seems like he enjoys it a lot as well.
Longtime fans know that he was a bachelor for a long time so no one really even expected him to get married, let alone have twins and also be so great at parenting!
Advertisement

Zendaya Asked About The Qualities She Looks For In A ‘Man’ And Has The Best Response – Video!
Jacob Elordi Opens Up About His First Kiss – Says It’s Still One Of The Most Romantic Moments Of His Life!
Comment