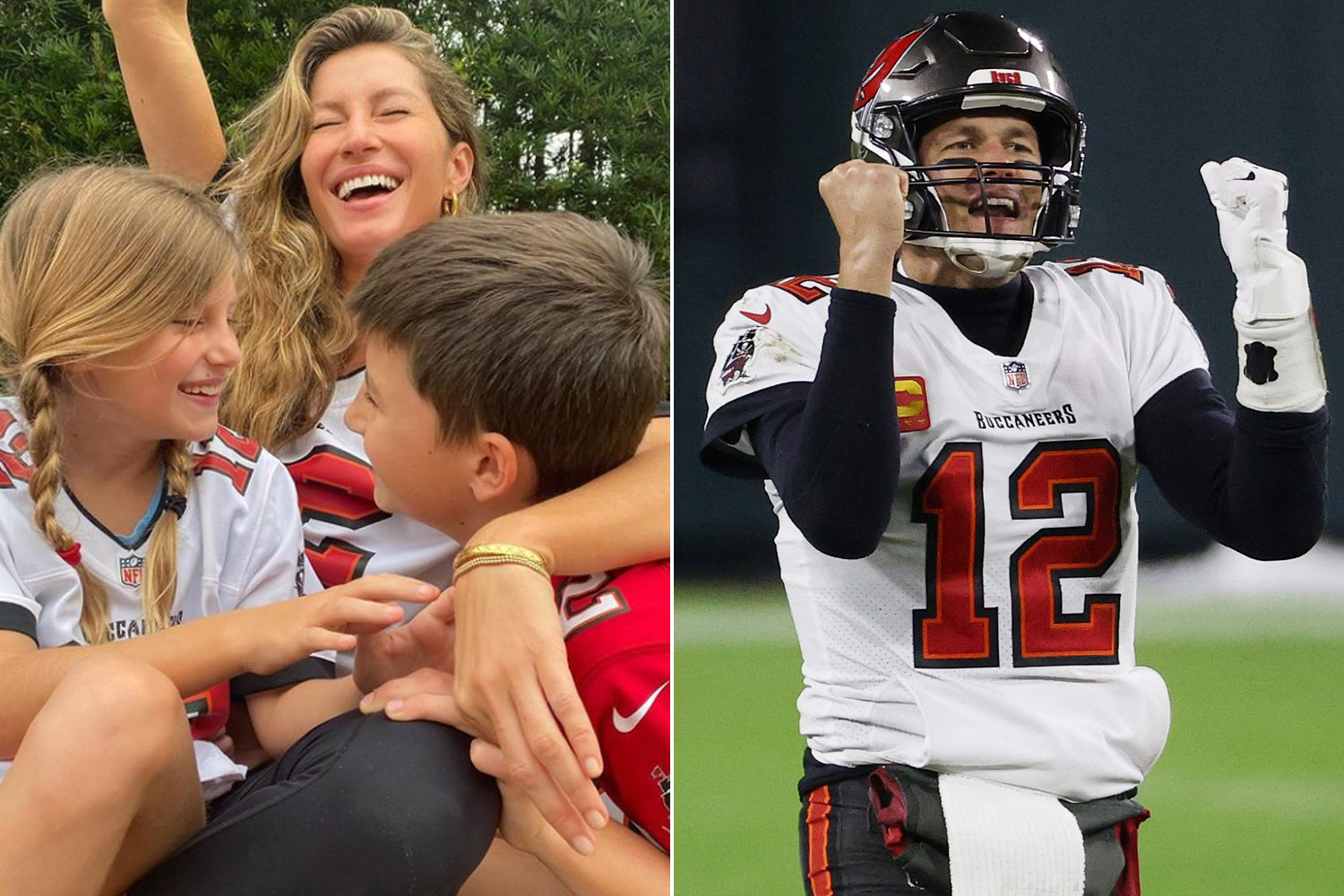 Gisele Bündchen is “so proud” of husband Tom Brady, who punched his ticket to Super Bowl 2021 on Sunday night.

“We love and are so proud of you, papai!” Bündchen shared on her story.

Married since 2009, Bündchen and Brady share daughter Vivian, 8, and son Benjamin, 11. The quarterback also has a son, 13-year-old Jack, with ex Bridget Moynahan.

Earlier in the day Sunday, Bündchen posted a cute photo of the Brady bunch sporting their Buccaneers gear.

“We are already cheering here papai! We love you! Let’s go @tombrady !! Let’s go Bucs!!!” she captioned on Instagram.

Brady is headed to his 10th Super Bowl and his first as a member of the Buccaneers. He left the New England Patriots in March after 20 seasons.

Tampa Bay will either face the Kansas City Chiefs or the Buffalo Bills, who will play in Sunday’s AFC Championship game.

The Buccaneers will also be the first team to play at home in a Super Bowl, as the game will take place at Raymond James Stadium in Tampa, Florida, on Sunday, Feb. 7.