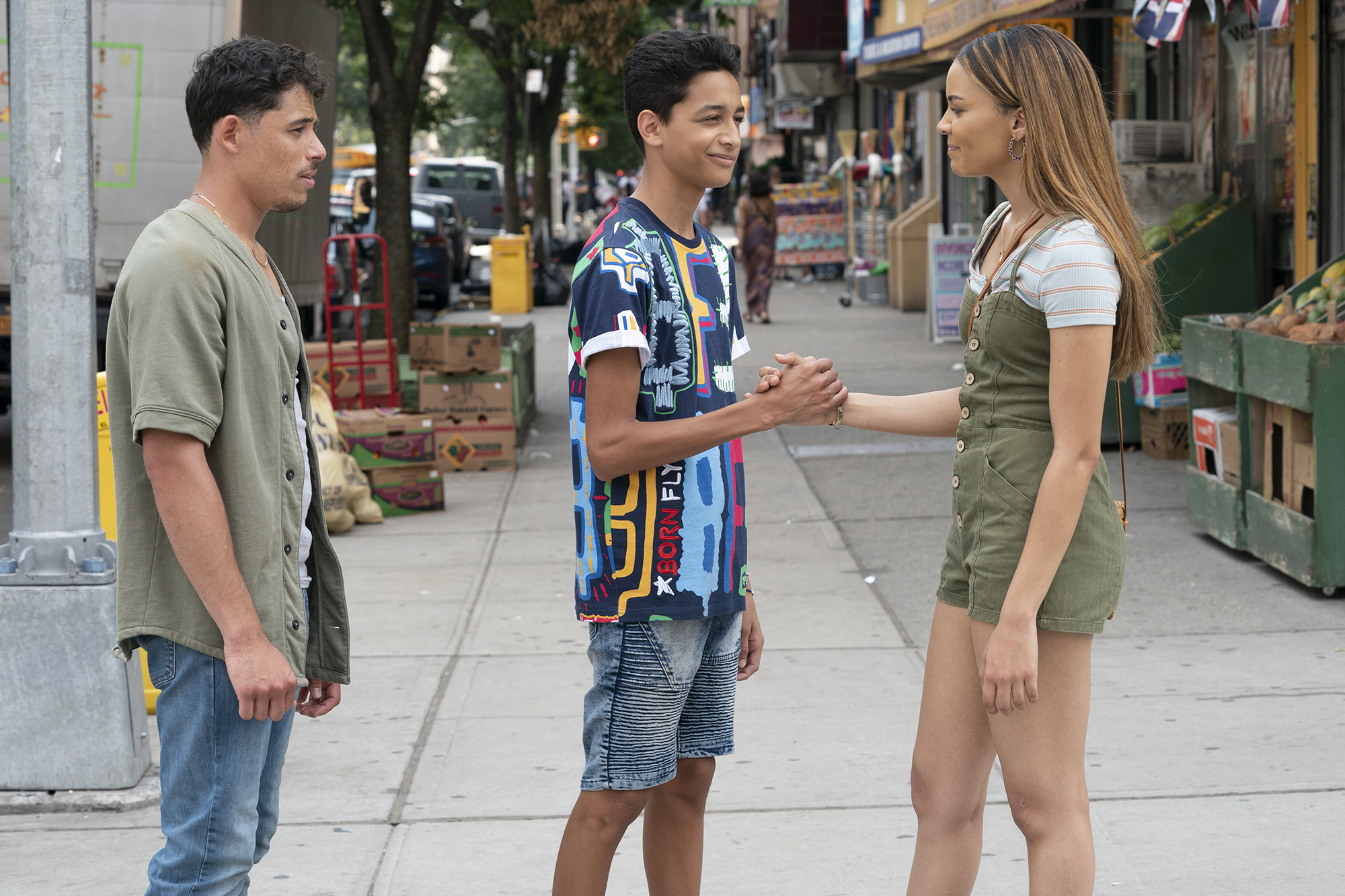 Gregory Diaz IV grew up in The Bronx and Queens, but now he’s singing and dancing “In the Heights.”

The enthusiastic 16-year-old actor is making his big-screen debut in the film adaptation of Lin-Manuel Miranda’s musical, in theaters and on HBO Max Friday. In the movie, about the tightknit Washington Heights neighborhood of upper Manhattan, he plays Sonny, the scrappy cousin of Anthony Ramos’ character, Usnavi, who owns the bodega where Sonny works.

Diaz is a New Yorker through and through. He got his start on Broadway, and his previous biggest credit was the movie “Vampires vs. The Bronx.” So, what is it about the five boroughs that grabs him?

“There is just something about New York that enchants me,” Diaz told The Post. “Maybe it has to do with the fact that I was born and raised here.”

The actor has also spent nearly half of his short life in showbiz. After he saw a performance of “Matilda” on Broadway when he was 10 years old — having never cared that much about musicals before — he instinctively knew he had theater in his veins.

“I saw kids my age onstage dancing and acting and singing,” Diaz said. “It was just an immediate feeling of wanting to do that and believing I could. That was the first goal I set for myself in my career — to be a part of ‘Matilda’ — and thankfully I was able to do it.”

By 11, he was hoofing and speaking in a fake English accent onstage at the Shubert Theatre, and did six months on the national tour. Feeling he should take a break from the boards, Diaz decided to make the leap to movies and TV.

“In the Heights” is a terrific start. The high-energy film blends his newfound love of the screen and his old-school flair for song and dance into a blockbuster. But the audition process brought on a sensation the confident, well-spoken Diaz wasn’t used to: nerves.

Gregory Diaz IV (center) got his start in show business at 11 years old, when he joined the cast of “Matilda” on Broadway.Macall Polay

“Walking into a room and seeing people like Jon [M. Chu, the film’s director], Quiara [Alegría Hudes, who wrote the musical’s book and the screenplay], Anthony and Lin,” he said, “I was fangirling on the inside. But on the outside I kept my composure.”

When Diaz left his final callback, where he read scenes with Ramos, the pro shook it off. He tries not to overthink auditions, since rejection is so prevalent for actors. So, the teen headed to the movies and then to a dentist appointment. When he walked out of the office, just three hours after his audition, his pocket buzzed.

“Lin-Manuel Miranda FaceTimed me on my phone!” he said. “And I was just like, ‘Hey, what’s up?’ And we just kind of chitchatted and he said, ‘Do you want to be a part of this?’”

“Of course!” Diaz replied, without giving it a second thought.

The job was a blast for him. He bonded with his castmates — “[Ramos] really is like a big brother to me” — and got to film big-budget production numbers you hardly see in movies anymore. One is called “96,000,” which was filmed at Highbridge Pool. It features more than 500 extras, synchronized swimmers, singers and dancers. Diaz has a galvanizing rap solo in the water.

Gregory Diaz IV in a scene from “In the Heights” with co-star Leslie Grace, who plays Nina.Courtesy of Warner Bros. Picture

“I was in the pool for two or three hours straight,” he said of the rainy three-day shoot. “You can’t complain about it, because the environment was so energetic … It feels like you’re watching an old MGM grand dance scene.”

Audiences will get to see Diaz and “In the Heights” this weekend, a year after it was supposed to be released, postponed due to the pandemic. The actor was, at first, upset by the delay of his biggest project to date. But now, during the city’s long-awaited reopening, he looks at it in a different way.

“Seeing all the positive responses that we’re getting right now,” he said, “I think the film is a forerunner to the idea that we’re coming back.”