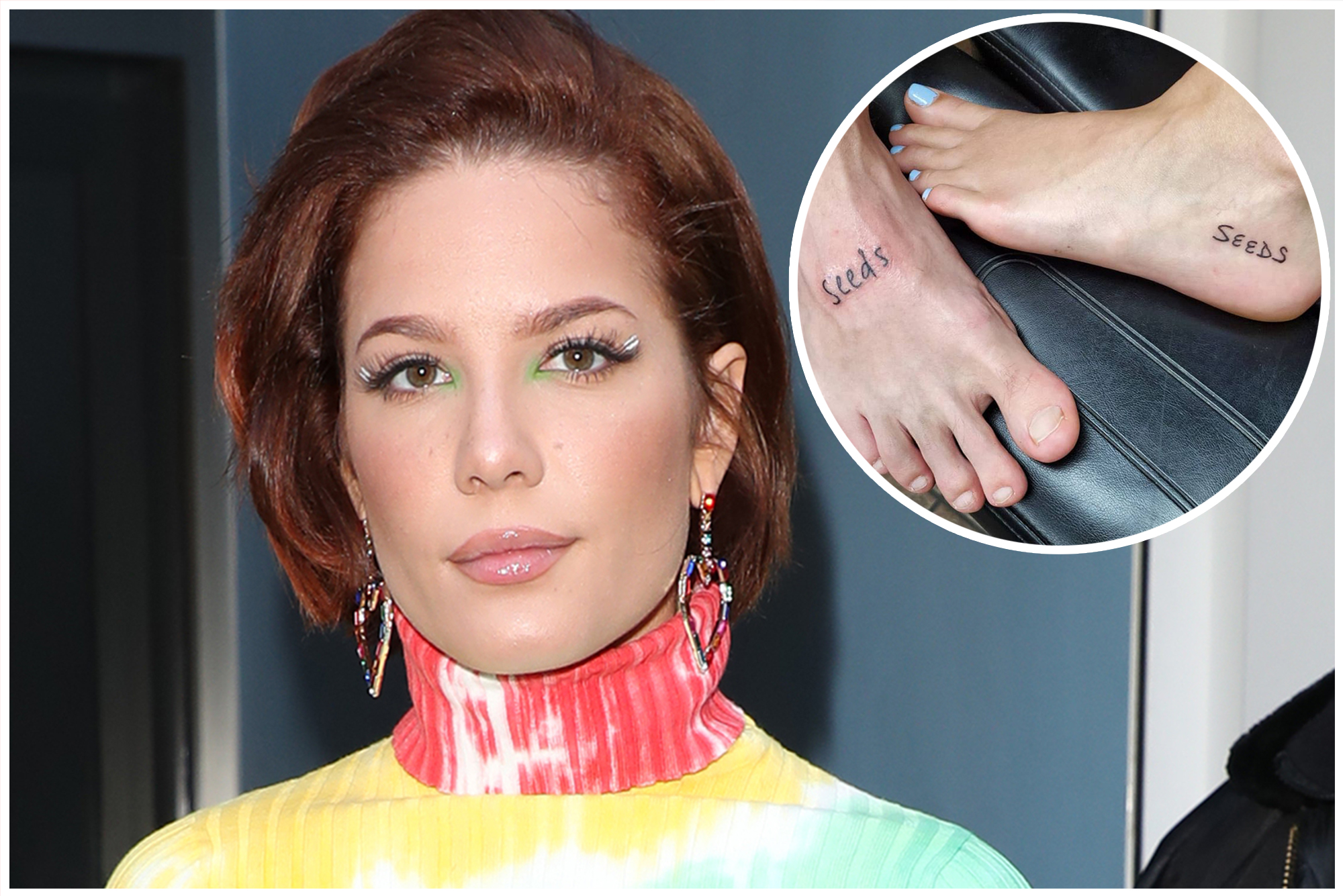 From matching ink to motherhood.

Months before Halsey announced her pregnancy on Instagram Wednesday, the 26-year-old pop star and her rumored boyfriend Alev Aydin, 37, got coordinating foot tattoos of the word “seeds” in each other’s handwriting.

“She said that everything with how the planets were aligned and where the cosmos were at that moment indicated that it was the best time to plant seeds into the ground of life,” Amanda Owley, the Joshua Tree-based artist who inked the couple, told People.

“They wanted to get the words on their feet because it was closest to the earth.”

The “Without Me” singer, who introduced herself as “Ashley,” told Owley that she and Aydin had been friends for “a long time” and that Joshua Tree “was her safe space.”

“They got the tattoos in each other’s handwriting, which is a pretty intimate thing to do. They probably practiced writing it about a hundred times before they found the right one,” she revealed, adding that the two “were definitely really close” at the time.

Owley said the pair got inked on Father’s Day, further planting the seed for speculation that Aydin is the father of Halsey’s baby.

It seems the tiny tattoos may have become more than a metaphor, as the “Bad at Love” hitmaker tagged Aydin in her pregnancy announcement on Wednesday. The writer and producer commented, “Heart so full, I love you, sweetness,” and reposted the photo on his Instagram Stories with red heart emojis.

While this will be her Halsey’s first child, the “seed” design certainly wasn’t her first tattoo. The musician’s extensive ink collection also includes a tattoo designed by Lil Wayne, a tribute to late rapper Juice Wrld, a Band-Aid on her knee and a dagger on her leg.