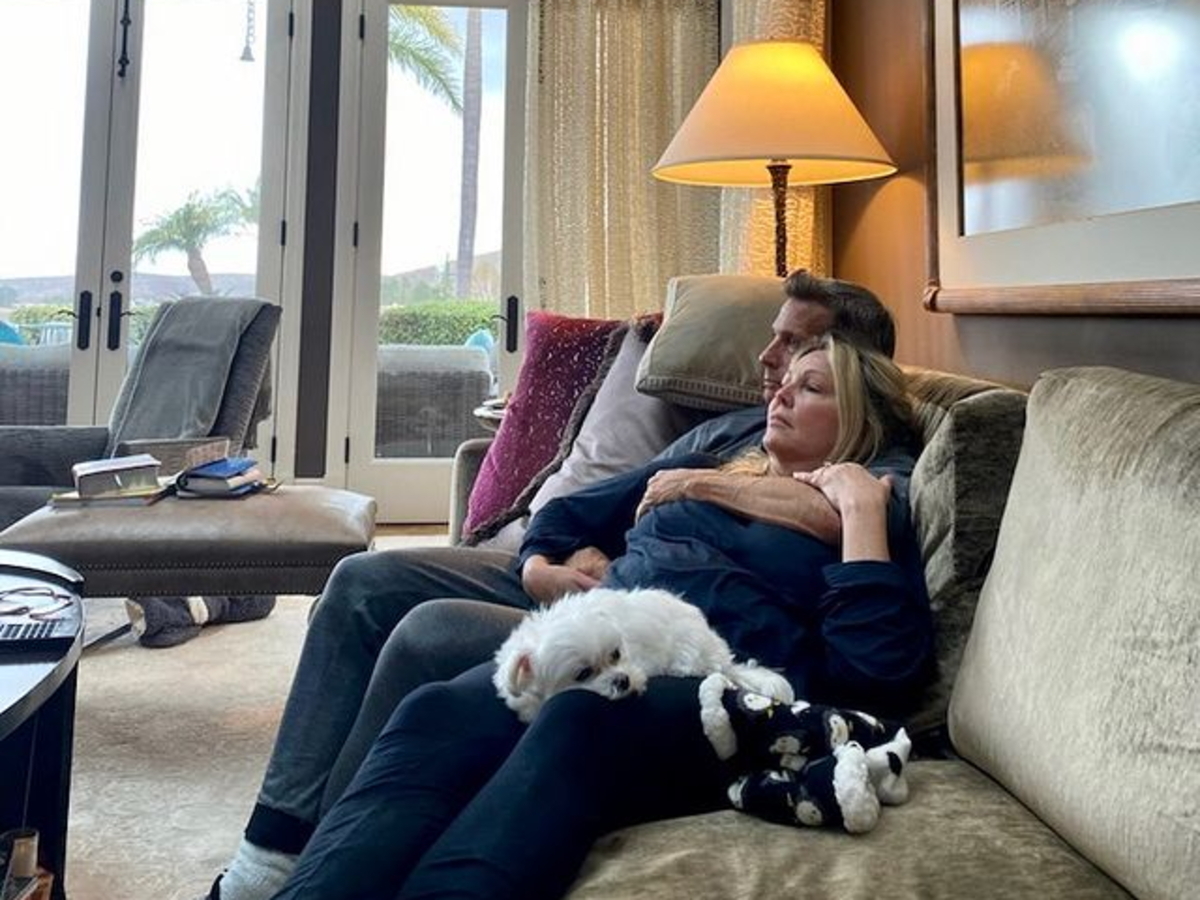 Heather Locklear shared a sweet photo with her fiance Chris Heisser where the two snuggled together on a sofa and watched television. As she posted the snap on Sunday, many assumed the two lovebirds were watching football. Heather and Chris looked peaceful as the blonde beauty held on to Chris’s arm and flashed her large, diamond engagement ring for the picture.

The photo comes after many gossip sites reported the pair may have been having a bit of trouble. Heather was photographed without her engagement ring and many people suspected the engagement was off. It’s unclear why Heather wasn’t wearing her ring and it’s very possible there is a totally innocent explanation. It may be something as simple as Heather washing dishes, removing her ring, and not putting it back on while running out of the house.

Both Heather and Chris are 59-years-old and the two haven’t just found love later in life, they rekindled their high-school romance. Heather and Chris were high-school sweethearts and they were together long before Heather became famous. There’s no question that fame has brought many difficulties for Heather who has had a tough battle with substance abuse and is celebrating more than a year sober.

Heather and Chris are going strong and reunited back in 2017. It seems that he has been a stabilizing influence in her life as she has maintained her sobriety and appears to be in a very positive place in her life.

Heather has one child, a 23-year-old daughter, Ava Sambora, whom she shares with ex-husband Richie Sambora. Richie stepped in and took custody of Ava when Heather was battling addiction and he even left his band Bon Jovi to put fatherhood first.

Things have worked out well and Ava and Heather enjoy a close, loving relationship. It appears that Ava is the one who snapped the photo of Heather and Chris.

You may see the photo that Heather Locklear shared with her Instagram followers as well as the enclosed caption she posted below.

Enjoying my family! Including the photographer😇

Source: Heather Locklear/Instagram
RELATED: Ana De Armas Lifesize Cut Out Dumped In Trash At Ben Affleck’s House After Their Split
Heather hasn’t announced a wedding date yet, but fans are happy that Heather and Chris have found each other again and that their love is going strong.
Advertisement

Who is Brittany Galvin, accused ‘escort’ on ‘The Bachelor’?
Death of NYC’s beloved restaurants puts landlords at risk
Comment