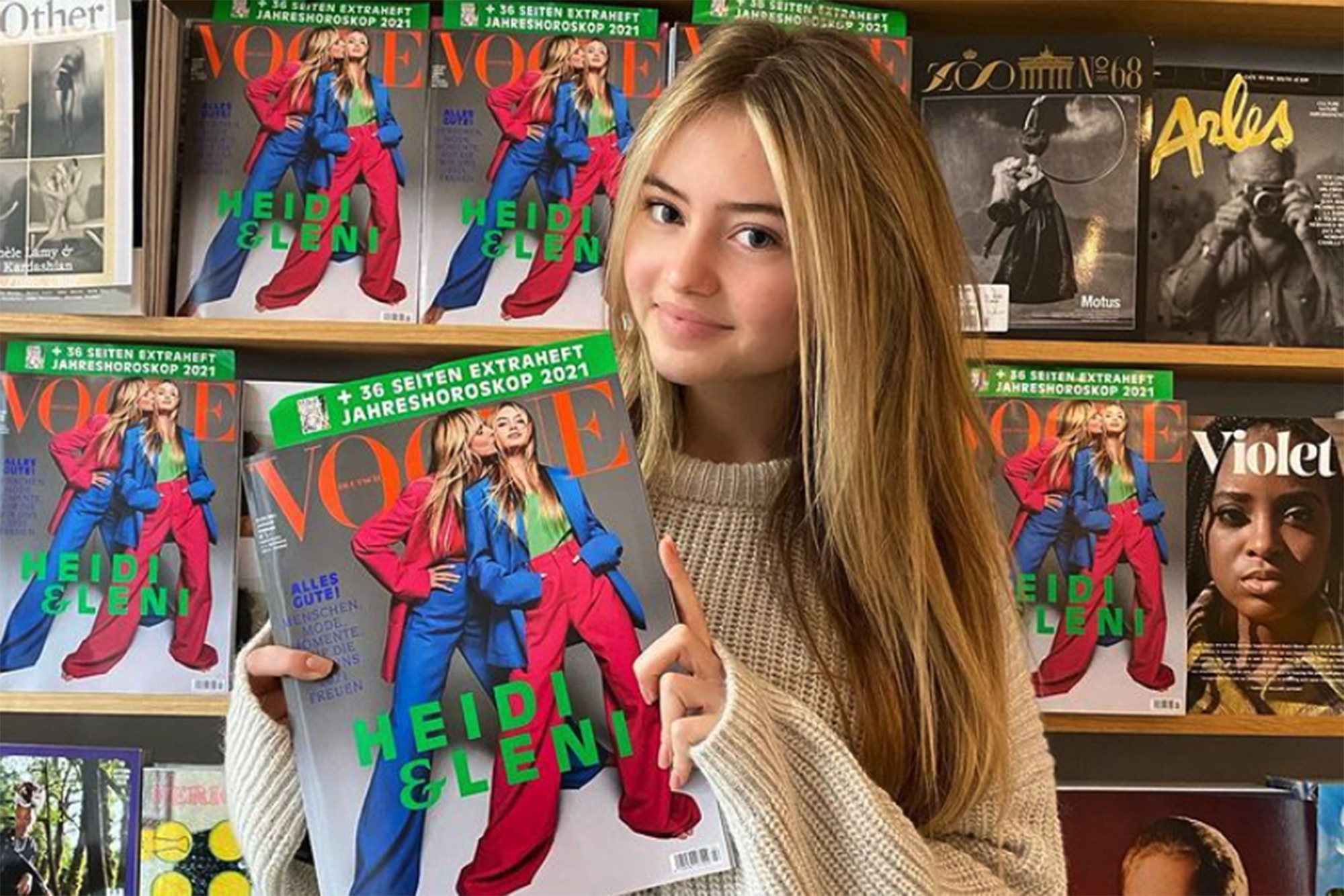 Leni Klum is following in her mom’s fashionable footsteps.

Just one month after appearing on the cover of Vogue Germany with mother Heidi Klum, the 16-year-old made her runway debut at Berlin Fashion Week.

She opened the festivities on Jan. 20, starring in an editorial video exhibition modeling 25 outfits from Germany’s top designers — including Esther Perbrandt, who starred on Season 1 of Heidi’s fashion reality show, “Making The Cut.”

Heidi, 47, previously opened up about her eldest daughter’s wish to pursue a catwalk career.

“She’s old enough now,” the supermodel said last year. “I always thought she was too young. We always also decided to keep the children out of the public eye. But she’s driving a car now, she’s 16, so I figured if you can do that, you can also model now if this is what you wish to do.”

Continued Heidi, “Obviously, as a mother, [I want my] child to do what she wants to do. The industry is great and I love it and I’ve been in it for over 20 years but it’s also, it’s a lot of traveling, it’s different. You have to be a strong person, especially as a woman you have to be very strong.”

Leni’s biological father is Italian businessman Flavio Briatore, but she was adopted by Seal shortly after she was born.