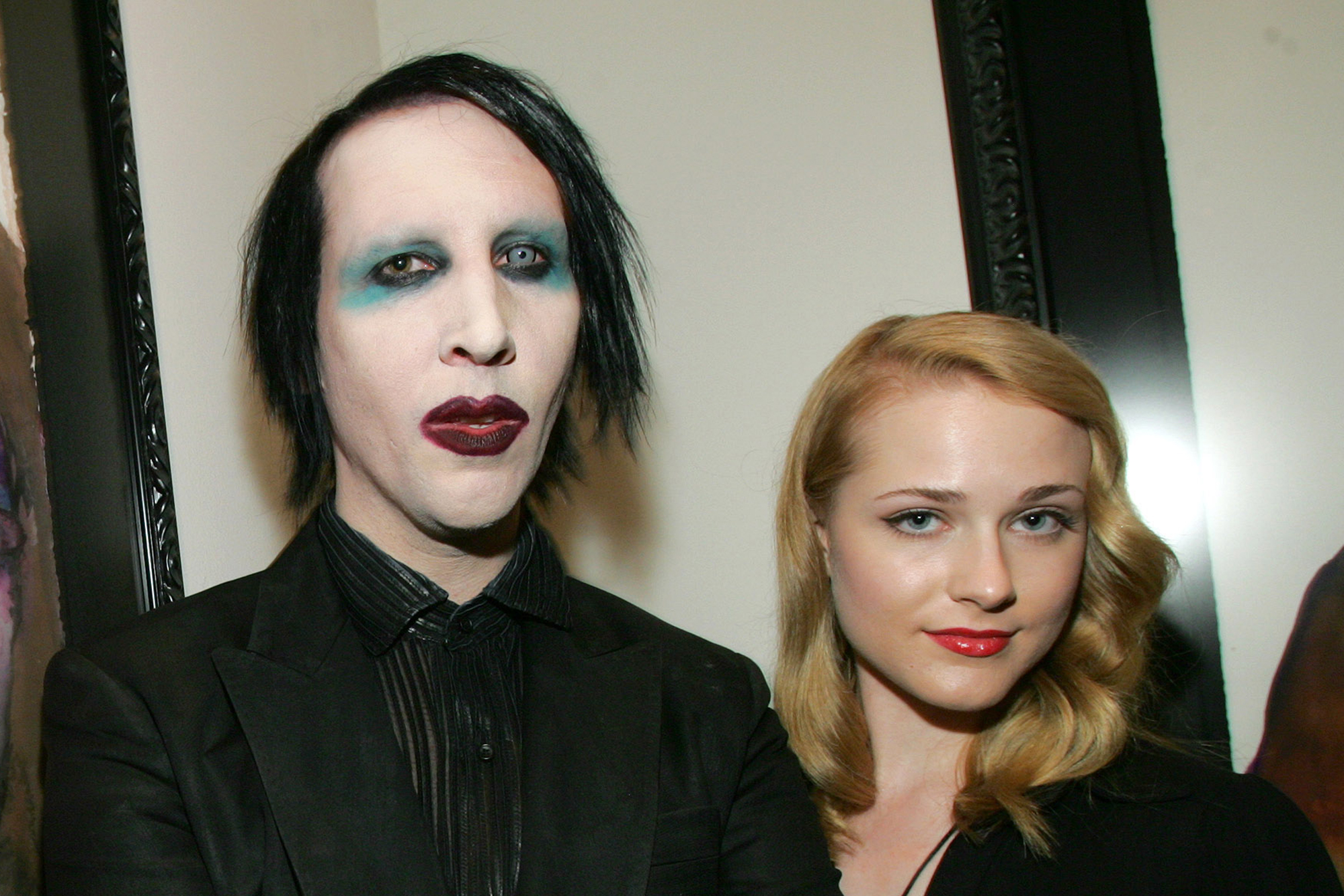 Marilyn Manson once said in a 2009 interview that he fantasized about “smashing” Evan Rachel Wood’s “skull in” following their breakup.

The shocking quote, which resurfaced after Wood named him as her alleged abuser, is part of a larger discussion in which Manson, 52, described his heartbreak after his relationship with Wood, 33, ended.

“And I did have an experience where I was struggling to deal with being alone and being forsaken and being betrayed by putting your trust in one person, and making the mistake of that being the wrong person,” Manson, whose real name is Brian Warner, told Spin in 2009.

“And that’s a mistake that everyone can relate to. I made the mistake of trying to, desperately, grasp on and save that and own it. And every time I called her that day — I called 158 times — I took a razorblade and I cut myself on my face or on my hands.”

Manson said hindsight made him realize his self-harm was a “stupid thing to do” but it didn’t stop him from dreaming about hurting his ex.

“I wanted to show her the pain she put me through. It was like, ‘I want you to physically see what you’ve done,’” he continued. “… But that damage is part of it, and the song ‘I Want to Kill You Like They Do in The Movies’ is about my fantasies. I have fantasies every day about smashing her skull in with a sledgehammer.”

“Manson has never shied away from public comment — equally he does not have to make ‘the same comment twice,’” his spokesperson said at the time.

Evan Rachel Wood and Marilyn Manson, pictured here in 2007, called off their engagement in 2010Getty Images

Wood and the goth performer’s relationship began when she was just a teenager, so they kept it under wraps until she was 19. Manson was 38 went they took their relationship public. They had numerous breakups, including one in 2008, but always reconciled. They were briefly engaged in 2010 but then split up for good.

The “Westworld” star first spoke of an abusive relationship five years ago but she declined to name her abuser. In 2019, she shared pictures of her self-inflicted wound scars. She said she would hurt herself to “disarm” her then-unnamed abuser.

“2 years into my abusive relationship I resorted to self harm [sic]. When my abuser would threaten or attack me, I cut my wrist as a way to disarm him,” she explained at the time. “It only made the abuse stop temporarily. At that point I was desperate to stop the abuse and I was too terrified to leave. #IAmNotOk.”

On Monday morning, Wood detailed Manson’s allegedly horrifying behavior in an Instagram post and then shared accusations from other women.

“He started grooming me when I was a teenager and horrifically abused me for years,” the Emmy nominee wrote. “I was brainwashed and manipulated into submission. I am done living in fear of retaliation, slander, or blackmail. I am here to expose this dangerous man and call out the many industries that have enabled him, before he ruins any more lives. I stand with the many victims who will no longer be silent.”

Kandi Burruss Shows Love To Her Squad – Check Out The Post That She Shared On Her Social Media
Evan Rachel Wood Alleges Marilyn Manson Groomed Her As A Teenager, Horrifically Abused Her For Years
Comment