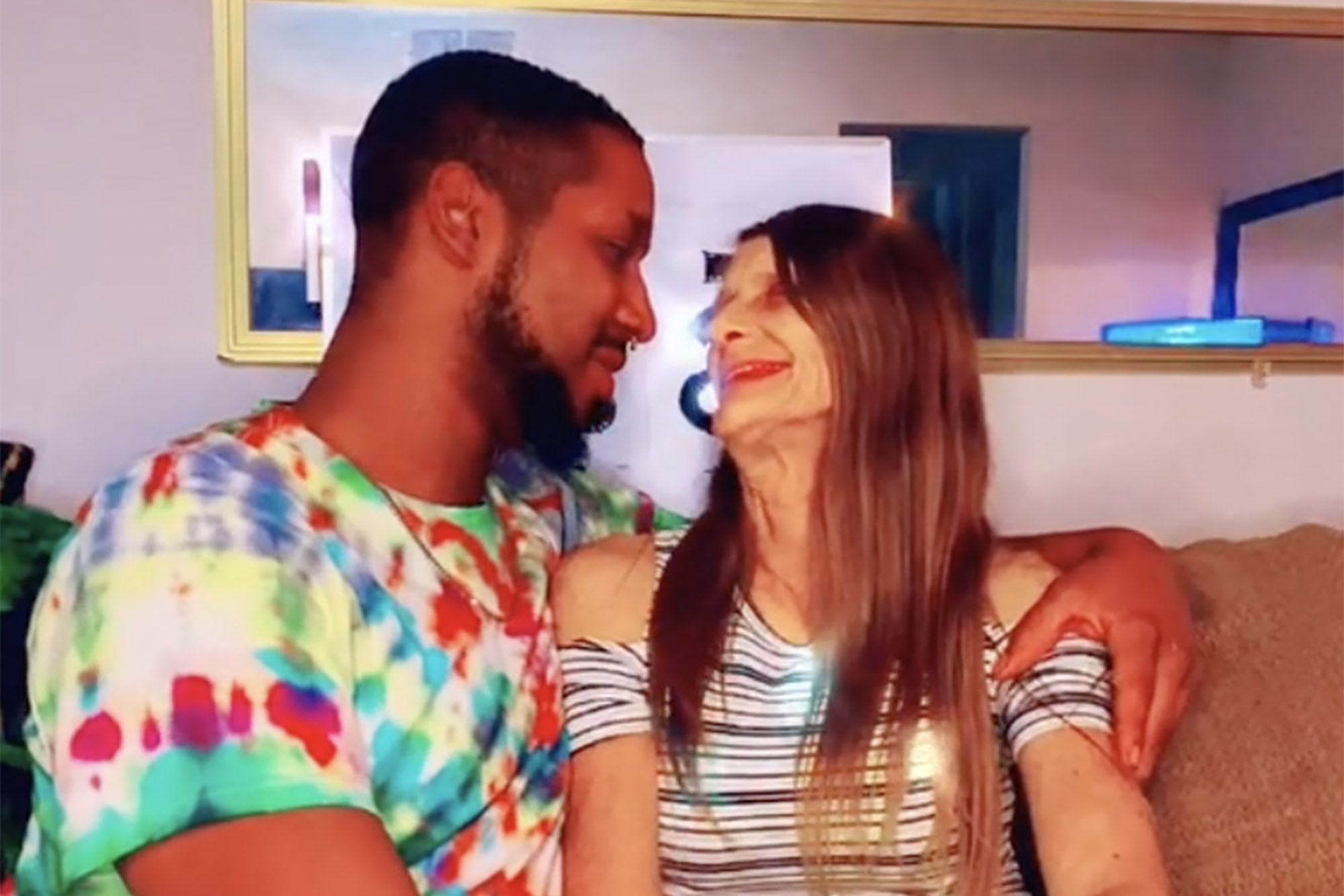 Social media’s hottest new couple embodies two of the most romantic cliches: “Love is blind” and “age ain’t nothing but a number.”

Despite a 37-year age gap, these unabashed lovebirds are braving a barrage of trolls to take TikTok by storm with popular clips of them dancing and smooching.

“King” Qurann, 23, who goes by the TikTok username @ttvleolove_3, shares frequent footage with his girlfriend “Queen” Cheryl, 60, who posts on the video-streaming platform as @oliver6060.

Their now-viral videos, which regularly attract hundreds of thousands of views, often show them swaying to R&B songs or bopping to rap hits. They insist that their love is genuine, and plenty of others think so, too — Qurann has 420,200 followers and over 6.8 million likes.

But that hasn’t stopped a horde of haters from passing judgment, with many branding their nontraditional TikTok affair “disgusting” and shaming “wrinkly” Cheryl’s “decomposing” face, the Sun first reported.

Many people in the comments of their videos have left brutal remarks about the sincerity of their relationship. Some claim that Qurann must be with her because she’s rich, while others have characterized him as a caretaker for a woman on the verge of death.

In one response video that garnered 1.2 million likes, cruel comments ranged from “he be dating Prince Philip” to “She decomposing.” In another, commenters shamed Cheryl as a “poor thing [who] can barely walk” and dragged her as someone who will “need oxygen and a life alert” every time they post a dancing video.

Commenters have shamed Cheryl as a “poor thing [who] can barely walk” and someone who will “need oxygen and a life alert” every time they post a dancing video on TikTok.ttvleolove_3/tiktok

Despite the hateful comments, the couple claims they have received support from their respective families, including Cheryl’s kids — who are older than Qurann.

However, Cheryl, who revealed she has an eating disorder, has been especially criticized for facial wrinkles that make her look like Qurann’s “great-grandmother” and the pileup has taken its toll on her man.

One video captioned “me defending my girl in the comments section” features Qurann throwing household items in a fit of anger aimed at Cheryl’s online bullies.

The TikTok lovers — known as Qurann and Cheryl — smooch for their many fans and haters.credit: ttvleolove_3/tiktok

The couple has also taken to Instagram Live to speak out against haters. In one recent video post, Cheryl said, “I’m not doing anything wrong. We dance, we spread positive vibes, we have a lot of good things going for us [and] I’m not gonna let the haters win.”

Qurann has also directly responded to hate comments about Cheryl’s wrinkles as looking “worse than a cabbage,” telling viewers that the reason that they send hate mail is because “nobody look at y’all the way I look at her.”

This is certainly not the first younger-older coupling to deal with online haters. In 2019, a couple with a 24-year age gap gained popularity on Instagram for being crazy in love. Many celebrity couples — such as Lionel Richie, 71, and 30-something Lisa Parigi — have also received a fair mix of hate mail and supportive comments online.

Meanwhile, Qurann and Cheryl remain persistent in achieving “couple goals all 2021,” one TikTok at a time.