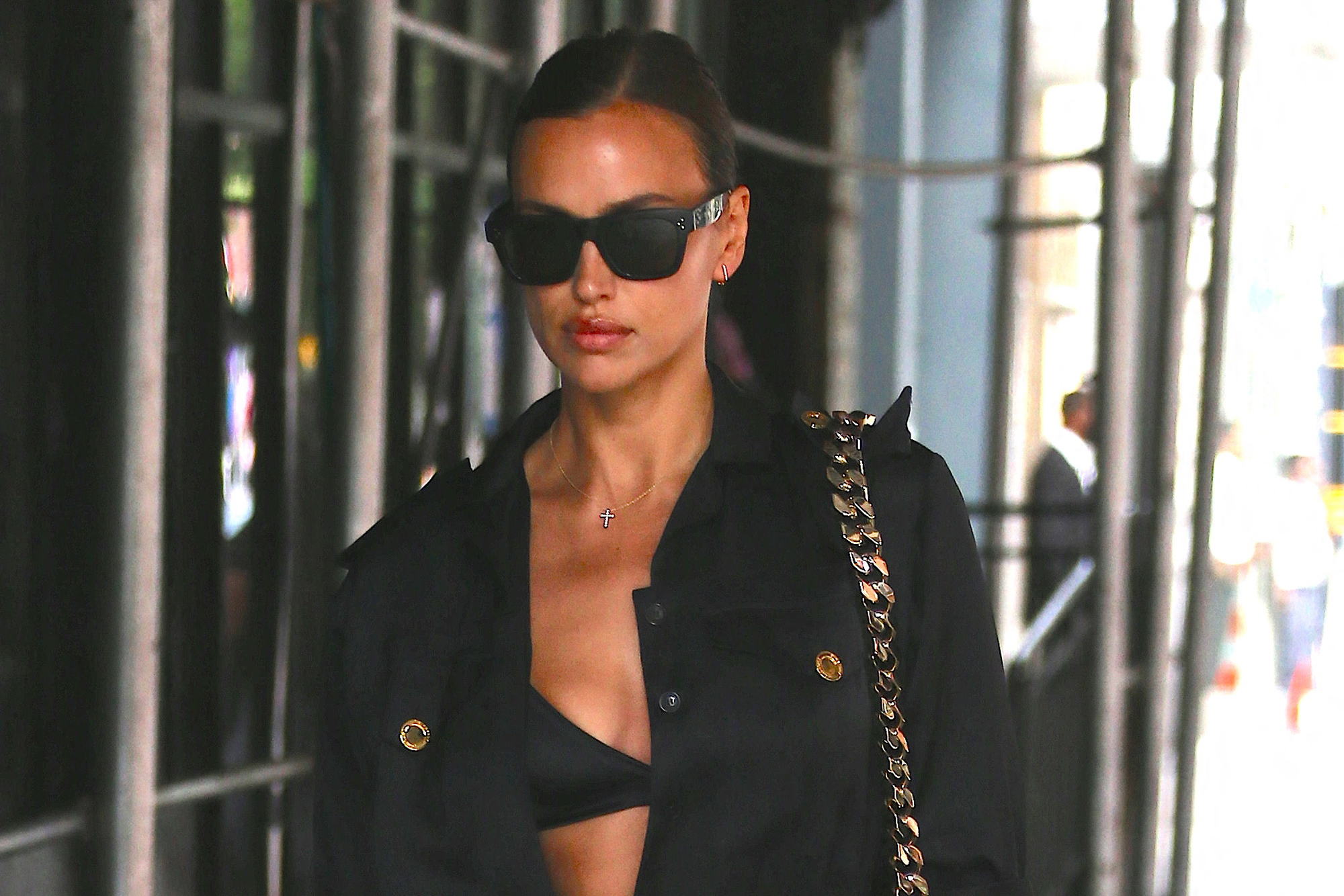 After returning from her romantic French getaway with the rapper, Irina Shayk hit the streets of NYC on Thursday wearing a black Burberry jumpsuit ($1,159), which she wore unbuttoned to show off her matching Intimissimi bra ($59).

The Russian supermodel, 35, accessorized her plunging look with Burberry derby shoes ($1,220), the label’s chain-strap “Olympia” bag ($2,290) and a pair of Celine sunglasses.

The outfit actually has subtle ties to her rapper beau; Burberry’s chief creative officer, Riccardo Tisci, is close friends with both Shayk and West, 44.

Shayk has starred in campaigns and strutted runways for the Italian fashion designer during his time at both Givenchy (where he served as creative director for over a decade).

West, meanwhile, tapped Tisci to create the cover art for his 2011 album with Jay-Z, “Watch the Throne,” as well as for 2012’s “Cruel Summer.” He’s even rumored to have inspired the rapper’s own foray into fashion design.

Tisci also happens to be pals with West’s ex, Kim Kardashian; he’s designed countless looks for her over the years, from the floral gown and gloves she wore to her first Met Gala with the musician in 2013 to her wedding dress for their 2014 nuptials in Italy.

West and Shayk were spotted walking together in France on Tuesday. They later jetted back to the US on a private plane.BACKGRID

“Kanye and Irina are seeing each other. It’s casual at the moment, but they are into each other,” an insider shared. “It’s been going on for a few weeks now.”

Another source told us that West briefly dated Shayk before Kardashian, saying, “He had pursued her a long time ago.”

The two stars forged a relationship in the fashion industry a decade ago; Shayk snagged a cameo in West’s music video for “Power” and a shoutout in his song “Christian Dior Denim Flow” in 2010, and later walked in his Fall 2012 runway show at Paris Fashion Week.