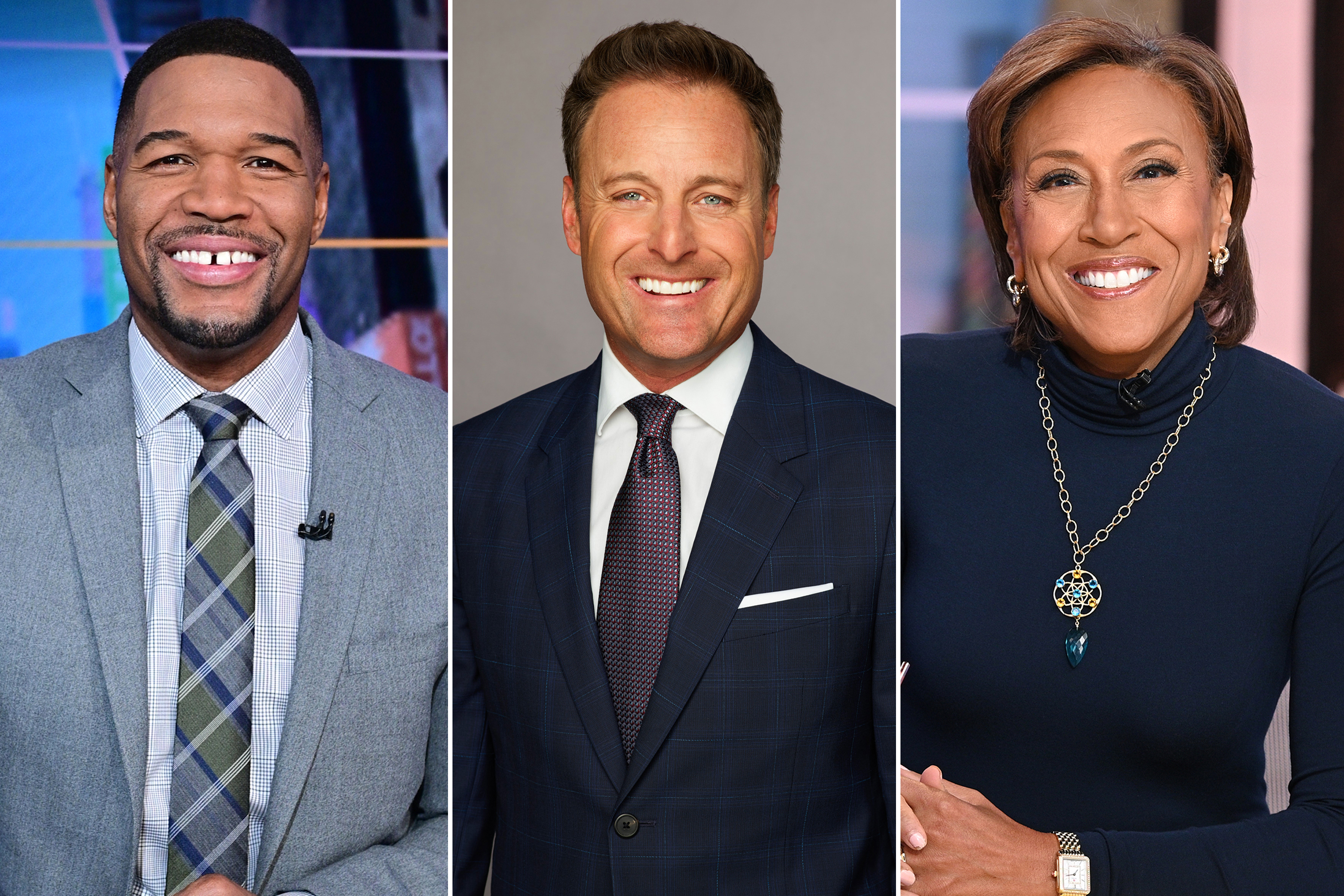 Michael Strahan and Robin Roberts are both being considered as replacements for Chris Harrison on “The Bachelor,” The Sun can reveal.

Michael will bring “a level of stability” to “The Bachelor,” a source said, as he is eyed to replace troubled Chris, while Robin “would be an excellent choice to bring some gravitas and seriousness.”

Amid the ongoing backlash to the racism scandal, Chris has been “iced out” of talks at ABC as they discuss who should replace the long-time host.

Speaking exclusively to The Sun, a “Bachelor” insider admitted that Michael is being considered as the replacement for Chris, with sources claiming that the “Good Morning America” host is “the right mix of news and show business” to deal with the role of overseeing the ABC series.

OK! originally broke the news of Michael’s potential new gig, but the insider explained there are issues that would need to be ironed out for him to land the role full time.

The Sun understands ABC executives want to make sure that they have the right message and bring a level of stability to the replacement for Chris, who may not return for the next season.

Insiders said while his position as executive producer is safe, there is a “time to wait before knowing whether Chris can come back onscreen.”

Michael, if he got booked, would oversee Matt James’ “After the Final Rose” special, and the next season of “The Bachelorette.”

Decisions will be made in the next few days, sources said, adding Michael’s booking would “need some tricky negotiations” given his Fox commitments and GMA role in New York.

“The Bachelor” usually films around Los Angeles, although due to the pandemic, it has in recent seasons filmed at resorts in Palm Springs and North Carolina.

Michael Strahan and Robin Roberts on the set of ABC’s “Good Morning America.”ABC

The Sun previously revealed that since the show has remained under fire for its controversies surrounding race, people of color are being hired “at all levels” to add diversity behind the scenes.

With 49-year-old Chris’ position on the chopping block as backlash rages on for his comments, a source says it’s a matter of “when, not if” Chris will get the boot.

The insider exclusively told The Sun: “It’s only a matter of time before an announcement is made that Chris isn’t returning.

“At this point it’s not if, it’s when. There are still talks of keeping him as an executive producer.

“But unless Chris somehow turns this around, his role on-camera is done.”

Fans have called for Chris to be fired after making a series of “unacceptable” comments while chatting with former “Bachelorette” Rachel Lindsay – the first Black lead in the show’s history.

Chris asked fans to show “compassion” for Rachael Kirkconnell, 24, after resurfaced photos showed her attending an “Old South” plantation party with deep ties to the Confederacy in 2018.

The Matt James frontrunner was also accused of liking controversial social media posts that include the Confederate flag and pro-Trump “MAGA” content.

The Sun has contacted reps for Michael and Robin for comment.