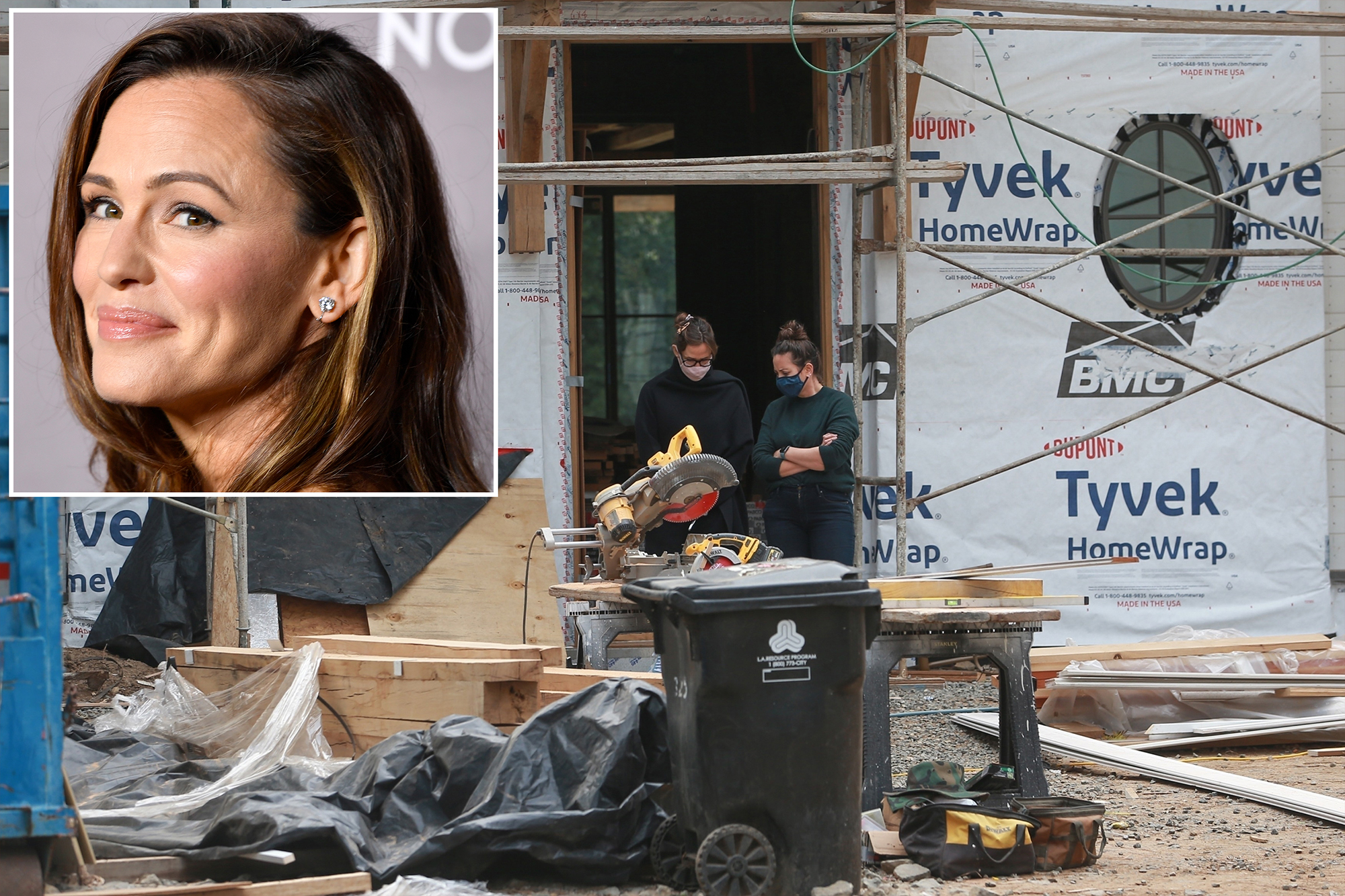 Jennifer Garner is tearing down her Brentwood home and starting over nearly three years following her divorce from Ben Affleck.

Garner, 48, purchased the California property in 2019 for $7,882,800. This marks the first home for the star since selling the marital house she shared with Affleck for about $32 million.

Up until her divorce, Garner and Affleck, 48, had lived there for nearly a decade.

Meanwhile, the “13 Going on 30” star has taken a wrecking ball to the once four-bedroom, three-bathroom abode spanning 3,245 square feet and instead is building a whole new home from scratch. The original home was built in 1930.

She was spotted on Thursday checking in on the construction and progress of the house. Sporting a casual black shawl, jeans and a baby pink mask, Garner was seen inquiring about the renovations.

The new home-to-be sits on .4 acres of land. This is a downsize from her former ranch-style abode, which spanned over three acres of land. The house under construction appears to resemble a Cape Cod-inspired design, perhaps a nod to the East Coast vibes favored by her famed domestic diva pal, Martha Stewart.

The house is shaping up to be a Cape Cod-style abode, where she will live with her three kids. Stoianov-spot / BACKGRID

Garner and Affleck share three children together: two daughters, Violet, 15, and Seraphina 12, and one son, Samuel, 8.

The actress will next be seen in the time-travel film “The Adam Project” opposite Ryan Reynolds, Mark Ruffalo and Zoe Saldana. Also on tap: The Apple TV+ series “My Glory Was I Had Such Friends,” about woman who turns to her pals for support as she prepares for a life-saving heart transplant, is in pre-production.