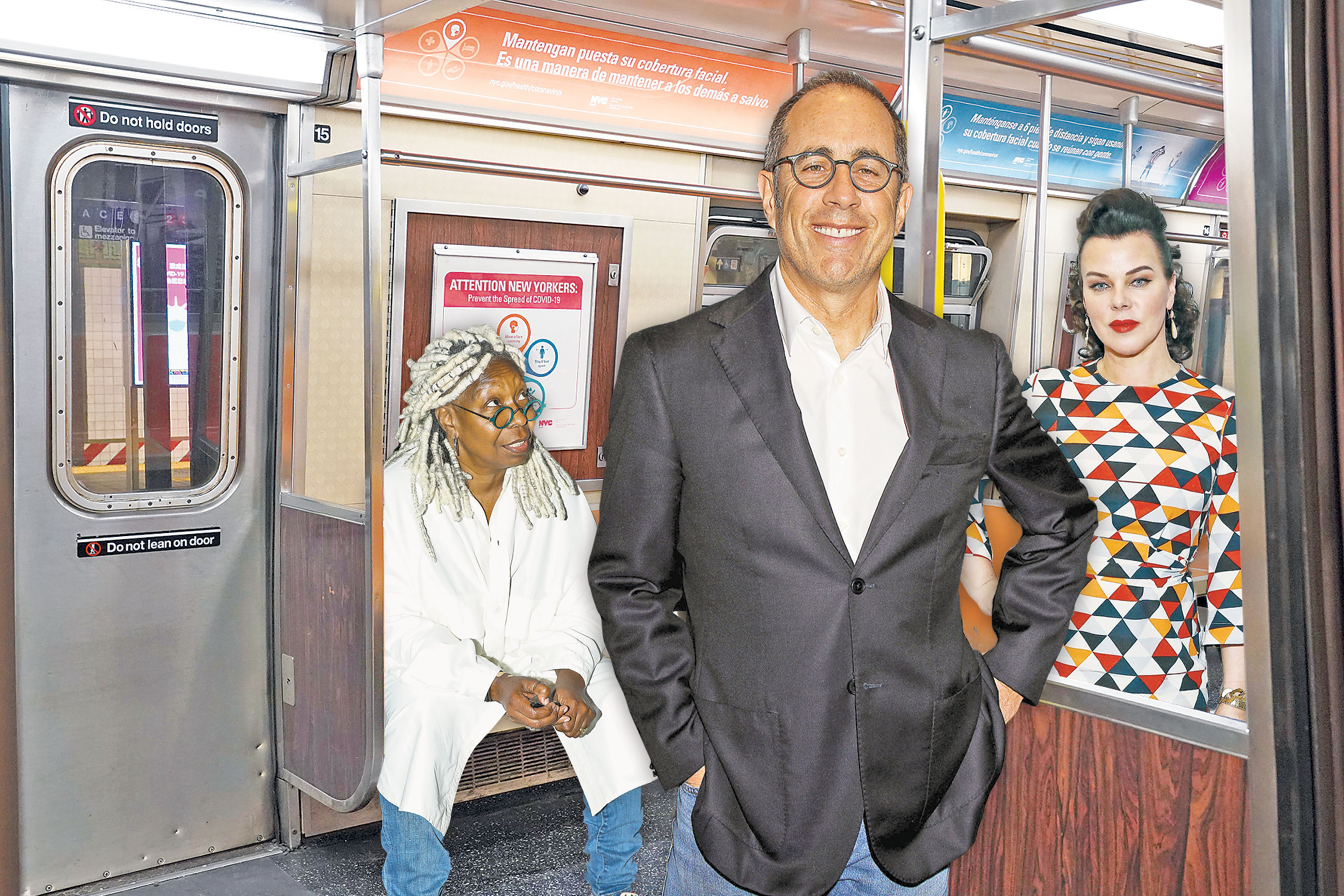 The “stand clear of the closing doors” announcement is getting a star-studded makeover — with a dose of gritty New York attitude.

Starting Friday, a collection of New York City’s notable natives including Jerry Seinfeld, Debi Mazar and Whoopi Goldberg will be voicing the MTA’s subway and bus announcements as part of a new initiative to breathe life into the pandemic-weary public transport system.

“The subway is part of my DNA,” Mazar, who wears a necklace made from a 1964 token (her birth year), told The Post. “I’m so excited to do this. I want subway riders to feel welcome, and I want them to hear a familiar voice, think for a second and maybe smile.”

The campaign was spearheaded by director Nicolas Heller, the man behind the popular @NewYorkNico Instagram account, which regularly features unique Big Apple characters for its 542,000 followers.

“In November, the MTA reached out asking for ideas,” Heller, 32, told The Post. “We needed to be reminded that we’re still New York. We’re still strong, and we’re going to come back stronger than ever.” He tossed out a few concepts including the “long shot” of enlisting celebrities to voice the public service announcements (PSAs). “They loved that idea. But the only caveat was that there was no budget for this. I knew I could assemble a team to do this for free, but I didn’t know if big-time celebrities would donate their time.”

Heller approached about 50 prominent New Yorkers from across different industries. “No one had an issue with there being no money involved,” he said.

He landed 25 of them, including writer Fran Lebowitz, rappers Jadakiss and Cam’ron, comedians Desus & Mero, radio personalities Angela Yee and Angie Martinez and sportscaster Michael Kay. Heller’s hero, Seinfeld, signed on with an assist from the funnyman’s household.

“Both his wife and his daughter follow me on Instagram, and they are fans. So I reached out to them, and they connected me to Jerry.”

Heller, who said the MTA essentially gave him free rein, provided the talent with scripts written by his team and encouraged them to improvise. Jadakiss inserted his famous laugh and, according to a teaser posted on Heller’s Twitter feed, Seinfeld, during a reminder to socially distance mused, “Think of how much you’ll save not needing cologne.”

Jadakiss’ famous laugh will be part of his MTA announcements.Getty Images

“All of these iconic New Yorkers have gotten to where they are because of the subway and public transportation. Whether it’s the comedian going to a gig or a musician to their show, it has played a significant role in them becoming who they are,” said Heller, who grew up near Union Square.

Cam’ron urges straphangers to wear a mask in his MTA announcement.Getty Images for Echoing Soundz

New York City Transit’s interim president Sarah Feinberg said the campaign, which will run for at least a month, has brought some “joy” to the agency, which is dealing with both declining ridership and revenues in the wake of the pandemic.

“The subway system is an incredible piece of infrastructure that everyone can identify with,” said Feinberg. “This is an opportunity to remind the city that it’s one of the great things that brings us together.”

Mazar plans to ride the subway on Friday until she catches herself over the loudspeaker, so she can record it for her daughter who is away at college.

“I don’t like my voice, but because it’s the subway, it cracks me up. I am really proud of this,” she said, adding that as a city, “We really need this now.”