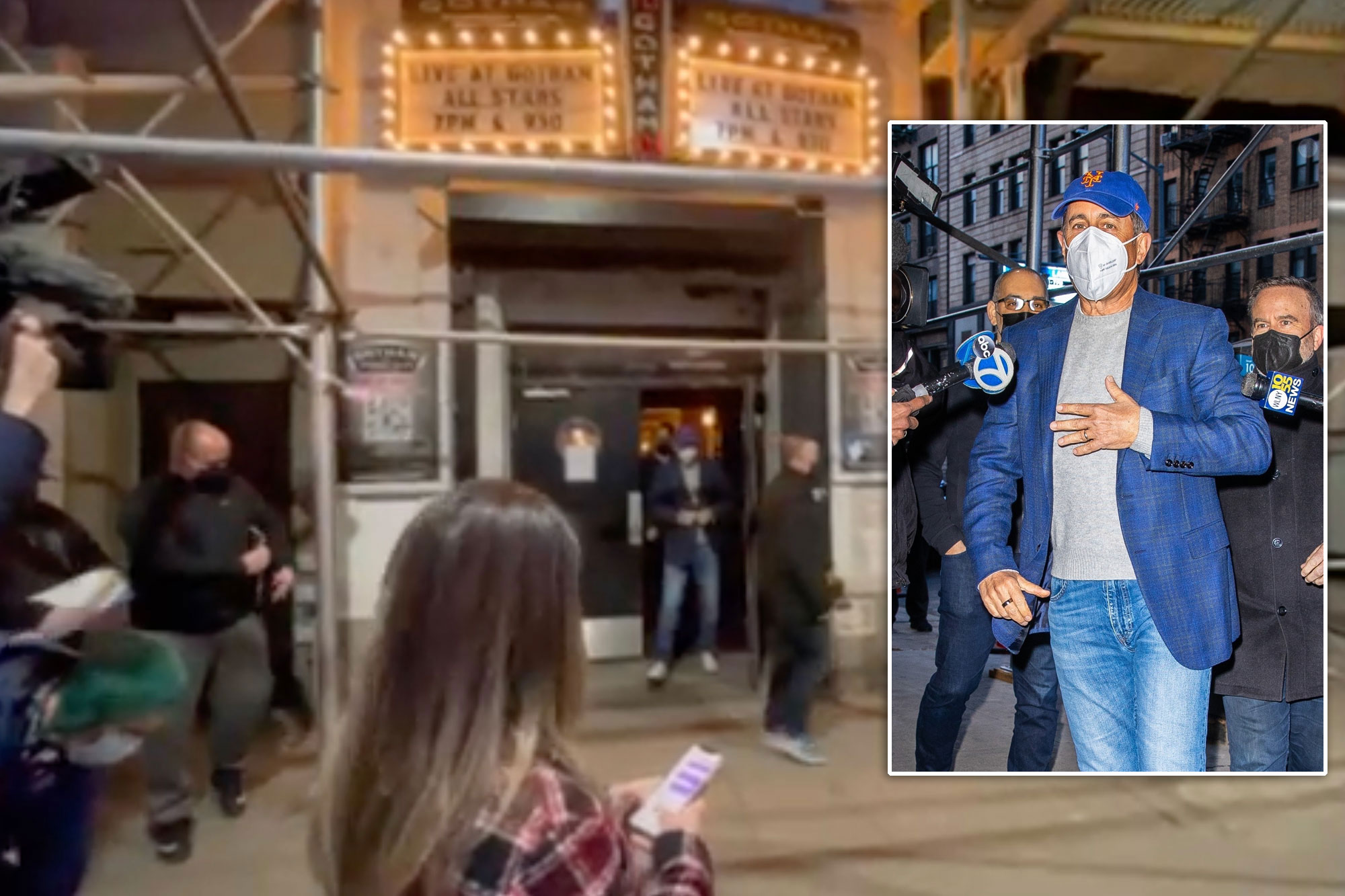 Legendary funnyman Jerry Seinfeld broke his pandemic-year hiatus from standup in New York City on Friday night, delighting fans with an energetic set at the re-opening of Gotham Comedy Club in Chelsea.

“It felt like getting electrocuted in a good way – in a good way,” a still-stoked Seinfeld told reporters afterward.

“The audience was great, and I was actually feeling like: can I still do this? You wonder if you remember. It’s like not playing tennis for a year.

“And so, as soon as I get up, the audience exploded and I just felt so at home,” he said.

“And I love this club – I love performing in New York. I didn’t want to get emotional but I’m really excited to be helping to bring it back,” said Seinfeld, who wore his signature blazer and Mets hat.

So, how ’bout those Mets?

Jerry Seinfeld arrives at Gotham Comedy Club to celebrate the reopening of comedy clubs in NYC.@TheHapaBlonde/BACKGRID

Seinfeld said he is “thrilled and excited” about the Amazin’s this year, as he walked out to his Mercedes G Wagon on West 23rd Street.

And when asked by The Post if he told any “what’s the deal with” jokes to the Chelsea audience, Seinfeld laughed and said, “No, I wish I had some.”

Seinfeld told reporters he was excited to help re-open the club.@TheHapaBlonde / BACKGRID

The 66-year-old Long Island native said being back at the club was a dose of much needed medicine.

“Comedy is more than just interesting and amusing. It like changes your mood. It’s one of the few things that really can change how you feel and give you a little bit of real relief.

Jerry Seinfeld made an appearance at the Gotham Comedy Club at 208 West 23rd street.Dan Herrick

“In the moment of a laugh you forget every problem you’ve ever had,” Seinfeld said.

A pair of New York newlyweds who gave their names as Leyla and Vlad said they appreciated Seinfeld’s jokes Friday night about marriage — and about how most of the communication, for better or for worse, is non-verbal.

“It felt like life was back to normal,” Leyla said of the club reopening. “Comedy is back.”

Seinfeld has championed the city throughout the past year, even as some fled Gotham for greener pastures.

Last fall, he penned a scathing editorial about New York’s vitality after Stand Up NY comedy club co-owner James Altucher declared the city “dead forever” due to the COVID-19 crisis.