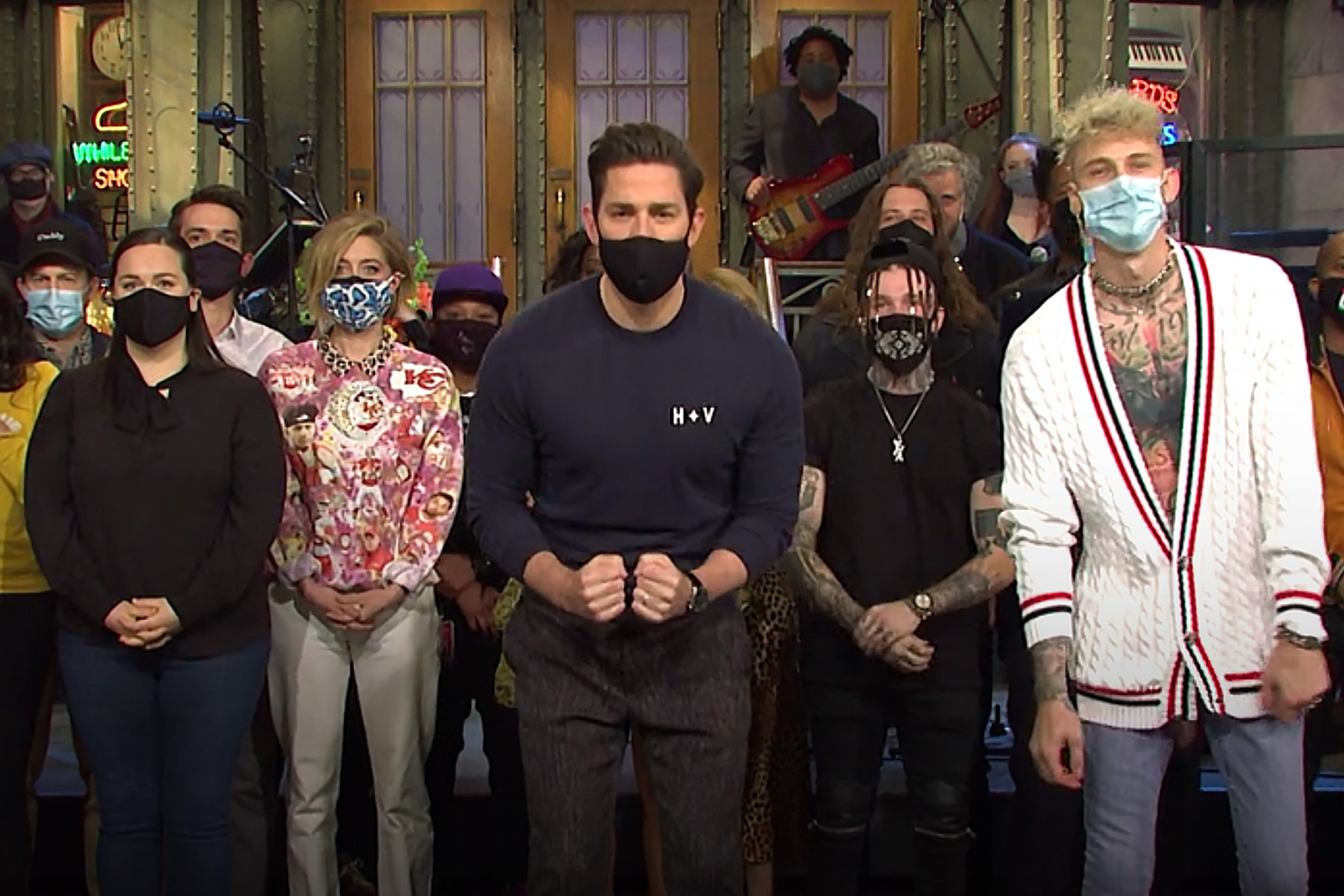 John Krasinski had his daughters Hazel and Violet on his mind while hosting “Saturday Night Live.”

At the conclusion of the “Office” actor’s hosting debut on the show, which featured musical guest Machine Gun Kelly, the star sported a black long-sleeved Boglioli shirt adorned with the initials “H + V” to shout out the 6- and 4-year-old girls.

“John wanted to have his daughters’ initials monogrammed on his shirt for SNL goodnight looks,” Krasinski’s stylist Ilaria Urbinati posted on Instagram, adding the hashtag #girldad.

In his monologue, the “Quiet Place” director, 41, mentioned that his wife Emily Blunt is currently in England, where the family of four have been living during the coronavirus pandemic, and joked about explaining “SNL” to his daughters.

“I have been watching this show since I was 8 years old. I was trying to explain that to my kids, what I was doing this week. I told them, ‘You know how your favorite show is ‘Paw Patrol’? My favorite show is ‘SNL,’ ” he said.

Perhaps Hazel and Violet will appreciate their dad’s appearance on TV now that they got a special sartorial mention.