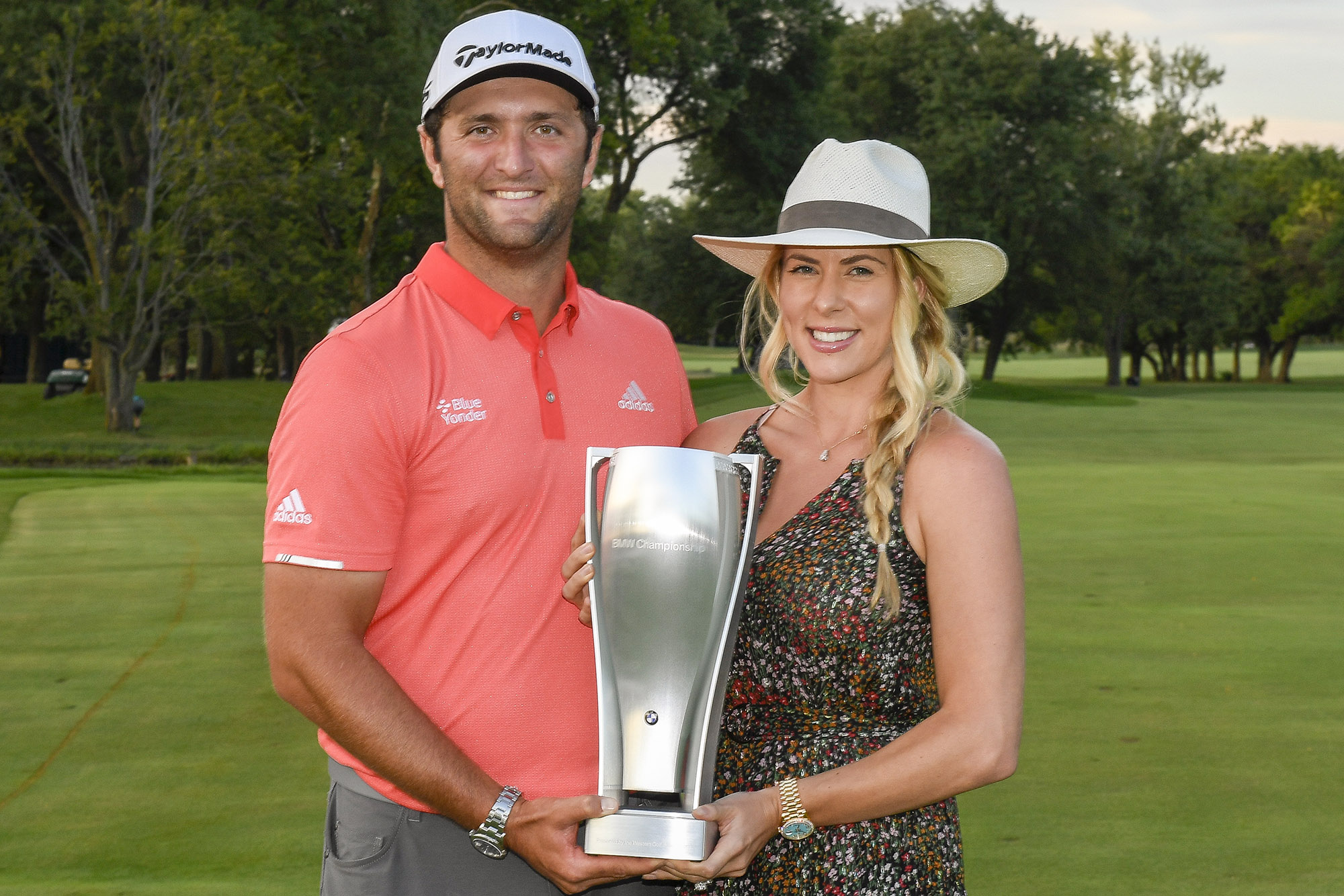 A green onesie is in order for the newest addition of the Rahm family.

On Saturday, golfer Jon Rahm and wife Kelley welcomed their first child together, son Kepa, who arrived just days before the start of the 2021 Masters.

Jon Rahm and wife Kelley, pictured here in August 2020, are now parents to a newborn son.Icon Sportswire via Getty Images

Rahm, who hails from Spain, added: “Big boy from the Basque Country. Without a doubt the greatest day of my life!”

Married since 2019, Rahm and Kelley have reportedly been together since their college days at Arizona State University, according to The Sun.

Kelley, who is also said to have an athletic background, has also joined Rahm on the course at various golf tournaments, including last summer’s BMW Championship, where they shared a kiss on the green.

Jon Rahm and wife Kelley pose together in August 2020 after the final round of the BMW Championship.PGA TOUR

In 2019, Kelley also acted as a caddie for Rahm during the Par 3 Contest ahead of the Masters that year.

Rahm, who tied for seventh in the 2020 Masters, said earlier this year he was willing to step away from the tournament to be by his wife’s side for the birth of their first child.

“All I can say is if anybody’s thinking of betting on me on the Masters, maybe think about it twice because there’s a chance I have to just turn around and leave that week,” Rahm said at the time.

Now, Rahm will have a new fan to cheer him on as he sets his sights on a Masters’ green jacket.