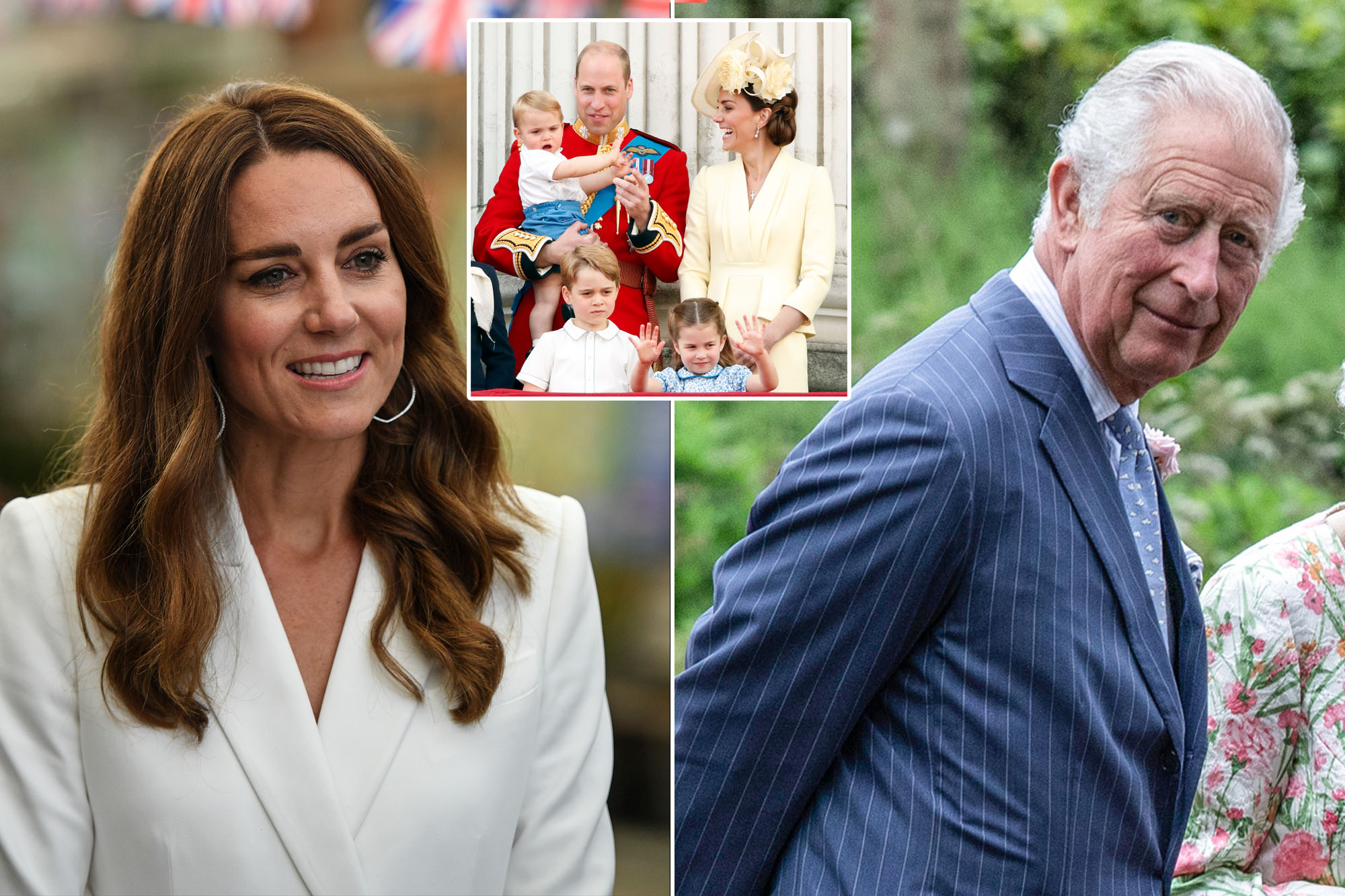 Kate Middleton seemed to have a slip of the tongue during a royal family outing on Friday, calling Prince Charles “Grandpa” in public.

A lip reader told the Daily Mail that the Duchess of Cambridge, 39, made the comment while greeting her father-in-law, 72, at a G7 reception in Cornwall, England, for the Eden Project. They attended the event with Queen Elizabeth II, Kate’s husband, Prince William, and Charles’ wife, Camilla Parker Bowles.

“Hello, Grandpa! How are you?” Kate appeared to say after the future monarch turned around to face her and his son William, 38, who are the parents of his grandkids Prince George, 7, Princess Charlotte, 6, and Prince Louis, 3.

This weekend, which included G7 summit events and the Queen’s Trooping the Colour parade in celebration of her 95th birthday, provided some much-needed excitement for the royal family.

The family has experienced a terrible 2021, losing patriarch Prince Philip in April and the Queen’s dorgi puppy in May. They have also been on the outs with Prince Harry and Meghan Markle, who have spent the past several months speaking out about why they left “the Firm” and moved to the US last year.

However, the Queen seemed to be in high spirits throughout the weekend’s events.

Her Majesty had both Kate and Camilla, 73, in stitches when she opted to use a ceremonial sword to slice a sheet cake on Friday. Though she was offered a smaller knife, the Queen said she preferred the “more unusual” sword.

Then, on Saturday, the monarch watched the Trooping the Colour parade at Windsor Castle with her cousin Prince Edward by her side in place of her late husband. Though the annual event was much smaller due to ongoing COVID-19 restrictions, the Queen smiled happily as she watched the Red Arrows fly over the castle’s courtyard displaying red, white and blue smoke.