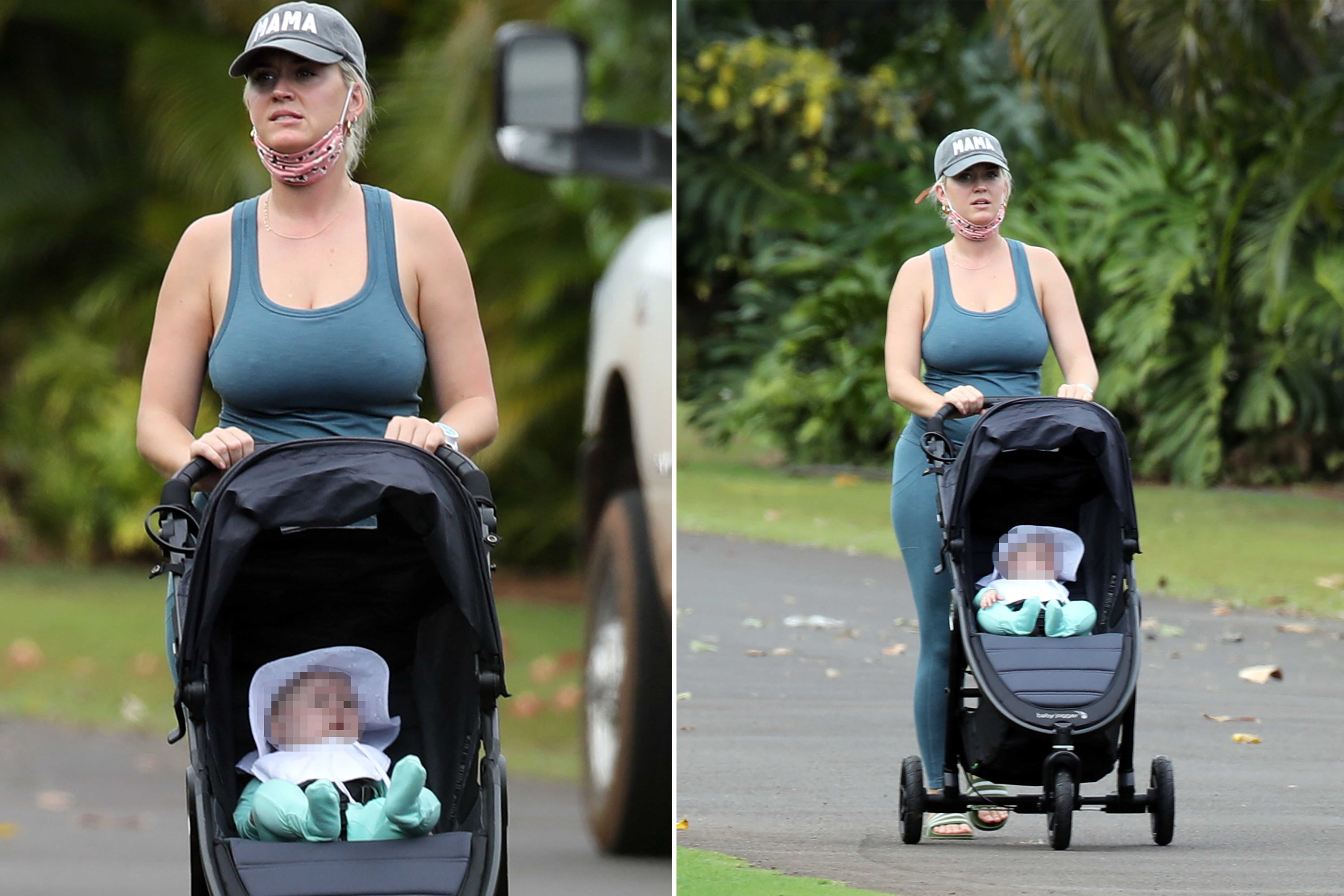 Pop queen Katy Perry showed her motherly side during a recent Hawaiian vacation, when she was spotted taking her 6-month-old daughter, Daisy Dove, for a jaunt in a stroller.

The “American Idol” host — who was joined on the Pacific island getaway by her fiancé Orlando Bloom — left her usual outrageous outfits behind in favor of a baseball cap that said “MAMA,” a casual tank top and some workout leggings.

She also wore a face mask in the midst of the COVID-19 pandemic, though it stayed down on her chin as she wasn’t close to any strangers, according to the images, which were taken last Thursday.

Katy Perry’s little one was seen in a cute little sun hat.MEGA

Little Daisy was protected from the strong tropical sun by an adorable white hat, a teal onesie and her baby carriage hood.

Perry, 36, and Bloom, 44 — who recently bought a $14.2 million mansion in Montecito, Calif. — were later spotted enjoying a beach day together in Hawaii on Sunday.

Katy Perry pushed the stroller along as she took in the warm sun.MEGA

“We are floating with love and wonder from the safe and healthy arrival of our daughter,” they wrote in a statement at the time.

The couple got engaged in February 2019.

They first began dating in 2016 but broke up around March 2017. They rekindled their romance in early 2018 with a trip to the Maldives, and there have been many other adventures since then.