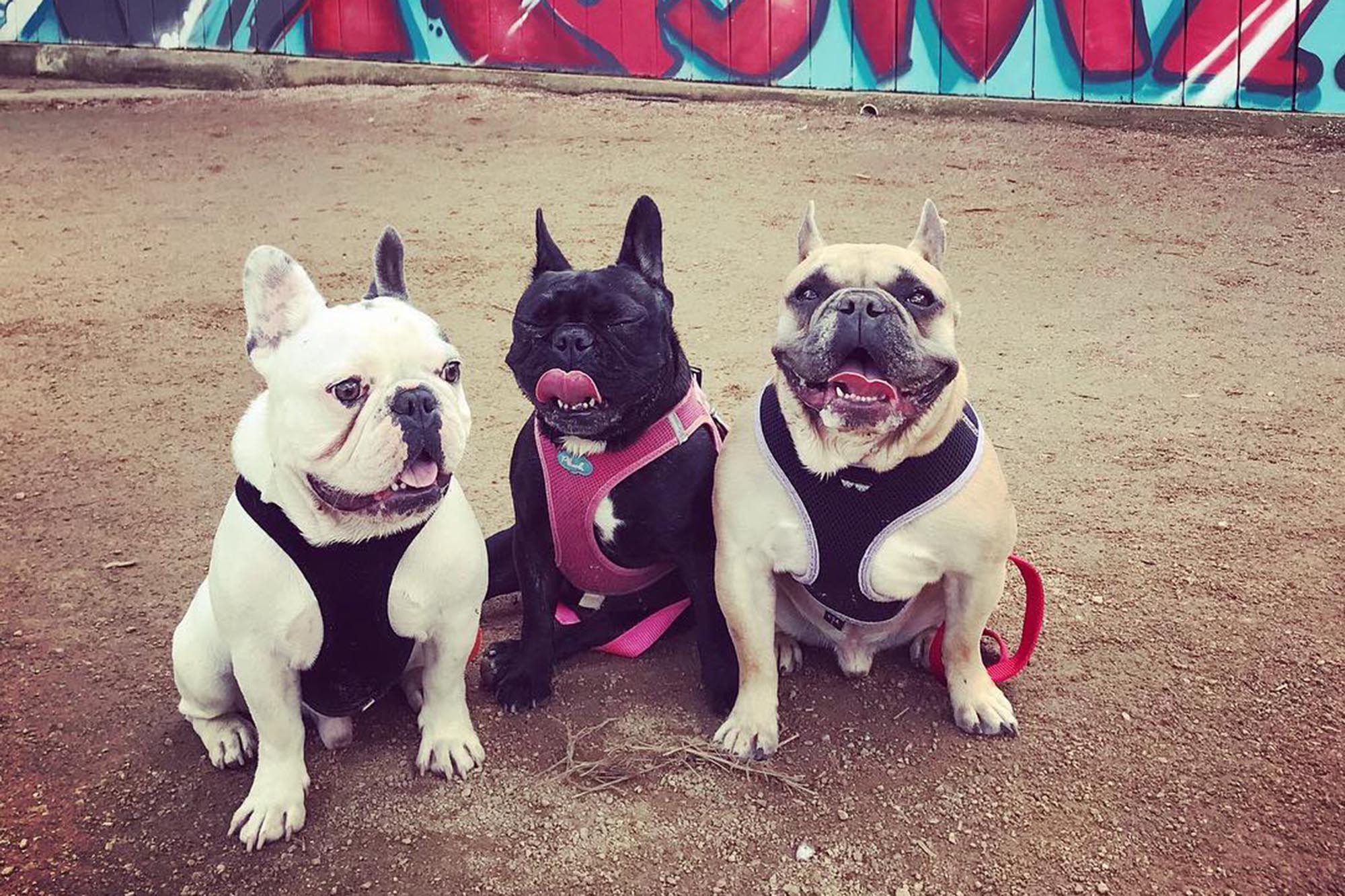 Before Lady Gaga’s French bulldogs were involved in Thursday’s brutal dognapping — which reportedly left the pop star’s dog walker shot in the chest — the three pups were already well-known to her fans.

The dogs, Koji, Miss Asia and Gustavo, have appeared on red carpets and magazine covers with the “Poker Face” songstress — and even have their own fan-made webpages, which let Gaga’s “Little Monsters” fanbase learn all they want to know about the pooches.

Gustavo was born in 2016 and has been Gaga’s pet since late 2016, another page on the site said. The pooch has white fur and a black spot around one of his eyes and an ear.

Miss Asia, meanwhile, is 7 years old, having been born on Feb. 1, 2014, according to her page, which shows images of the pampered pooch wearing pearls and sitting in a high-end handbag.

Lady Gaga’s dog is picked up by her bodyguard at the Hollywood LAPD station.BACKGRID

Asia was the only one of Gaga’s pooches not stolen in the attack, in which a gang of heartless thieves blasted dog walker Ryan Fischer in the chest.

Gaga, 34, is reportedly offering a $500,000 reward to find Fischer’s shooter and return her beloved bulldogs.

Gaga’s fandom is aware of just how much the pooches mean to the “Shallow” singer.

Lady Gaga’s dogs Gustave, Asia and Koji were involved in a dognapping.Instagram

In 2018, Gaga dressed her French bulldogs as chia pets.

The “Paparazzi” singer also created her own Instagram page for Asia, in which she shares pics of all her high-profile pets, including this special moment of them at the American Music Awards.

In 2017, Gaga shared on that profile that she took her furry friends with her to prepare for her halftime Super Bowl performance. “Another busy day at Super Bowl rehearsals – we help everyone stay focused,” the dogs’ Instagram profile read.

Gaga’s pets have even been photographed with her on magazine shoots, like on a cover of Harper’s Bazaar in 2015.

According to law enforcement sources who spoke to TMZ, it is unclear if the thieves knew the dogs belonged to Gaga, but said French bulldogs are often targeted because they are in high demand.

T.I. Addresses The Massive Importance Of Believing In Himself
Kim Kardashian Divorce: Attorney Weighs In On Kim’s PR Nightmare With Kanye West
Comment