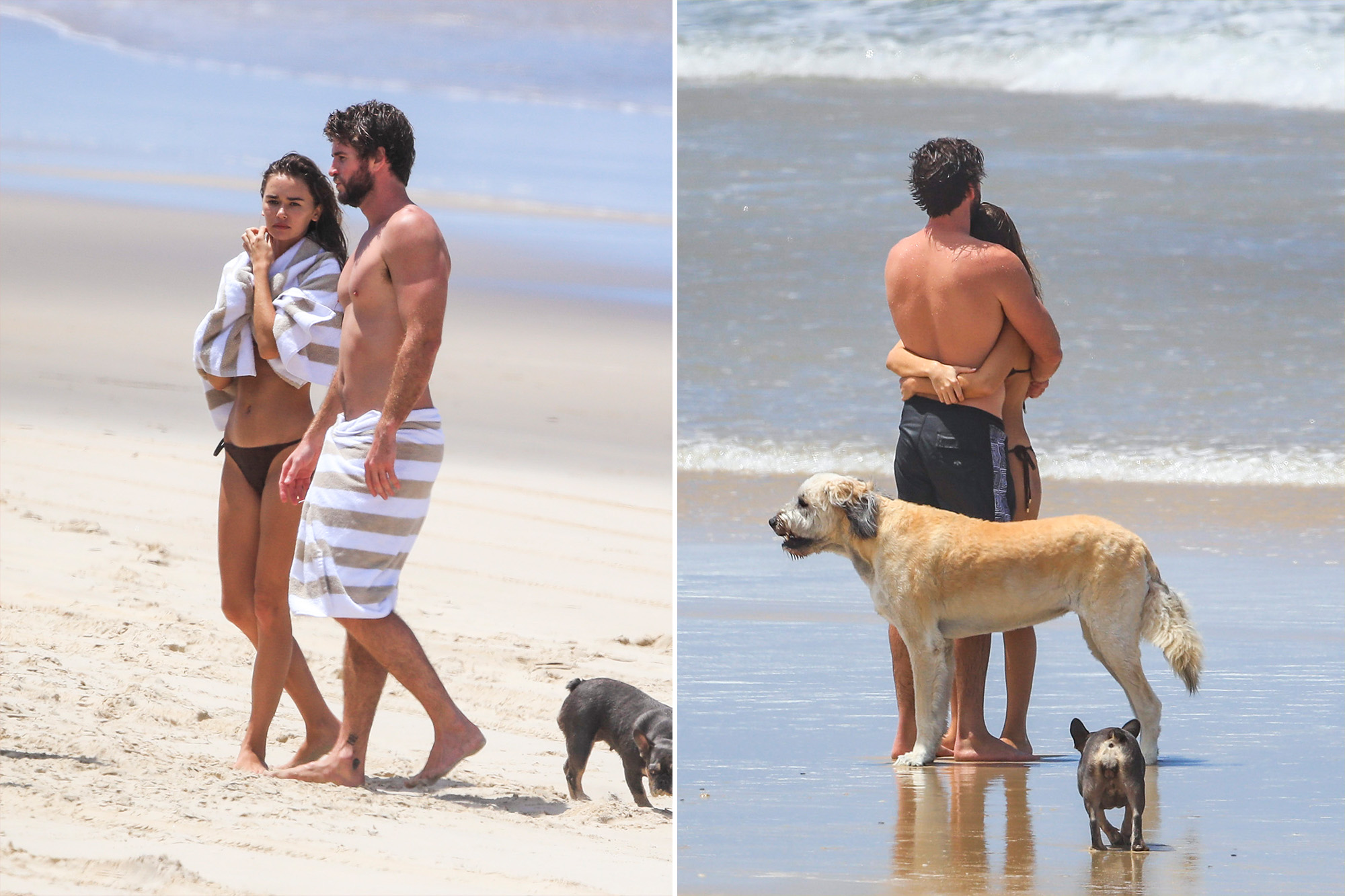 It was a dog day afternoon.

Liam Hemsworth and girlfriend Gabriella Brooks hit the beach in Australia on Wednesday with his dog Dora and the French bulldog they adopted together.

The “Hunger Games” actor, 31, and the bikini-clad model, 22, appeared to have fun chasing their pooches along the sandy shore and into the water, and at one point, cuddled up to each other for a warm embrace.

Liam Hemsworth and girlfriend Gabriella Brooks have been dating for over a year.Media-Mode / SplashNews.com

The couple of more than a year have gotten serious in recent months. Hemsworth even brought Brooks along as his date to his brother Luke Hemsworth’s birthday party in November, where the whole family was in attendance.

Hemsworth and Brooks got together following his divorce from Miley Cyrus. Brooks previously dated Matt Healy, the frontman for British pop-punk group The 1975. Healy since has moved on with FKA Twigs.