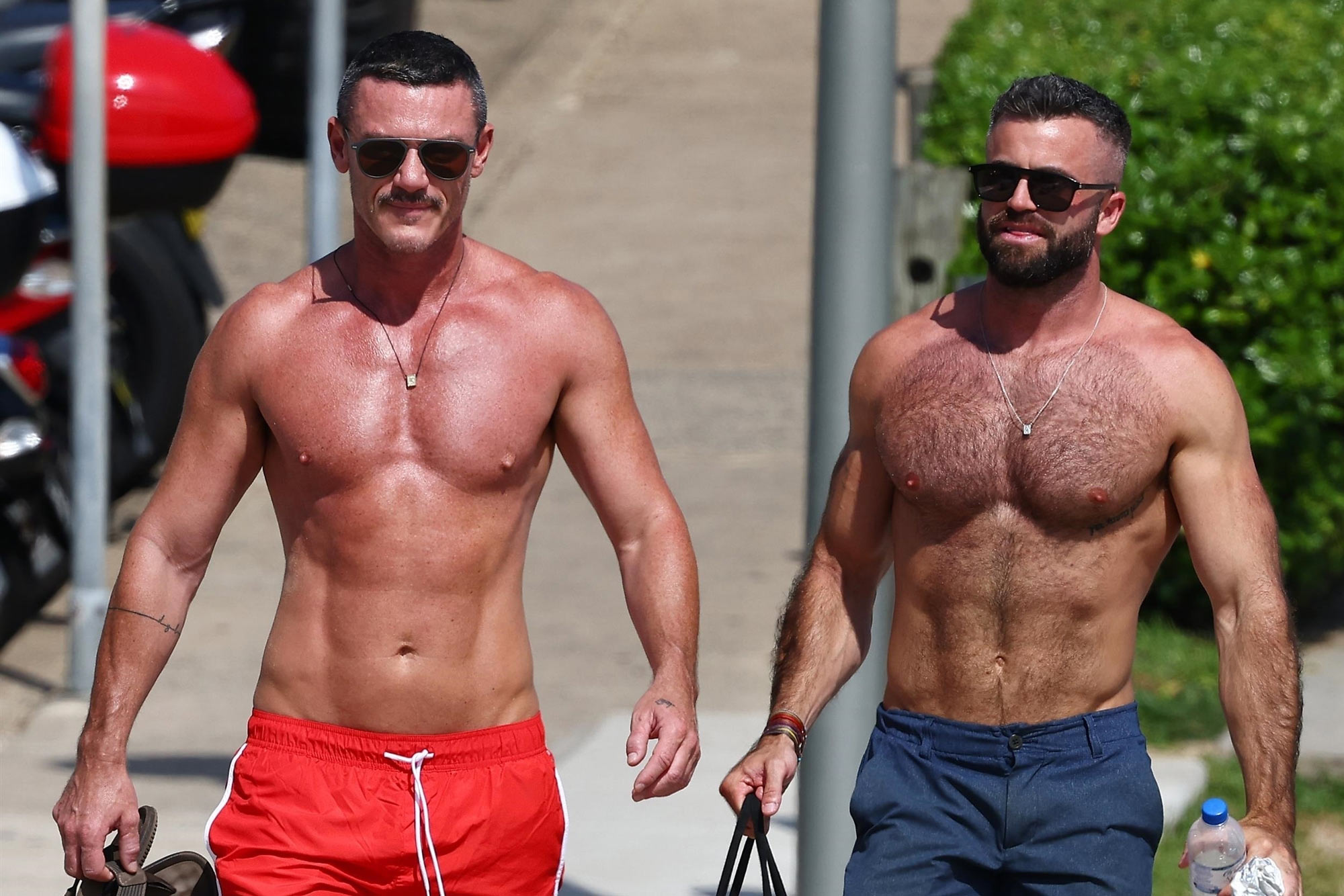 Luke Evans could bounce quarters off those abs.

The “Alienist” actor, 41, flaunted his six-pack while soaking up the sun in Australia on Wednesday.

A tanned Evans was spotted fanning out his towel and removing a pair of red shorts to reveal a blue and yellow speedo during his outing at the famed Bondi Beach in Sydney.

Luke Evans tried to avoid getting sand in his suit by shaking out his towel.MTRX / BACKGRID

Luke Evans stripped down to his Speedo while on the beach.MTRX / BACKGRID

Evans was joined by an equally toned — albeit more hirsute — pal. The actor is enjoying an Antipodean summer as he films the television series “Nine Perfect Strangers” with Nicole Kidman and Melissa McCarthy.

Luke Evans and his friend hopped on a motorbike.MTRX / BACKGRID

Evans has never been shy about flaunting his impressive bod. He regularly posts shirtless photos on social media.

Earlier this year, the “Beauty and the Beast” actor confirmed that he split from boyfriend Rafael Olarra. “It is what it is,” he said at the time.

The two made their relationship public in February 2019 during a trip to Hawaii.

KUWTK: Kylie Jenner Gets A Lot Of Criticism After Throwing Over The Top Party For Daughter Stormi Amid The Pandemic!
Morgan Wallen’s music pulled from radio after using N-word
Comment