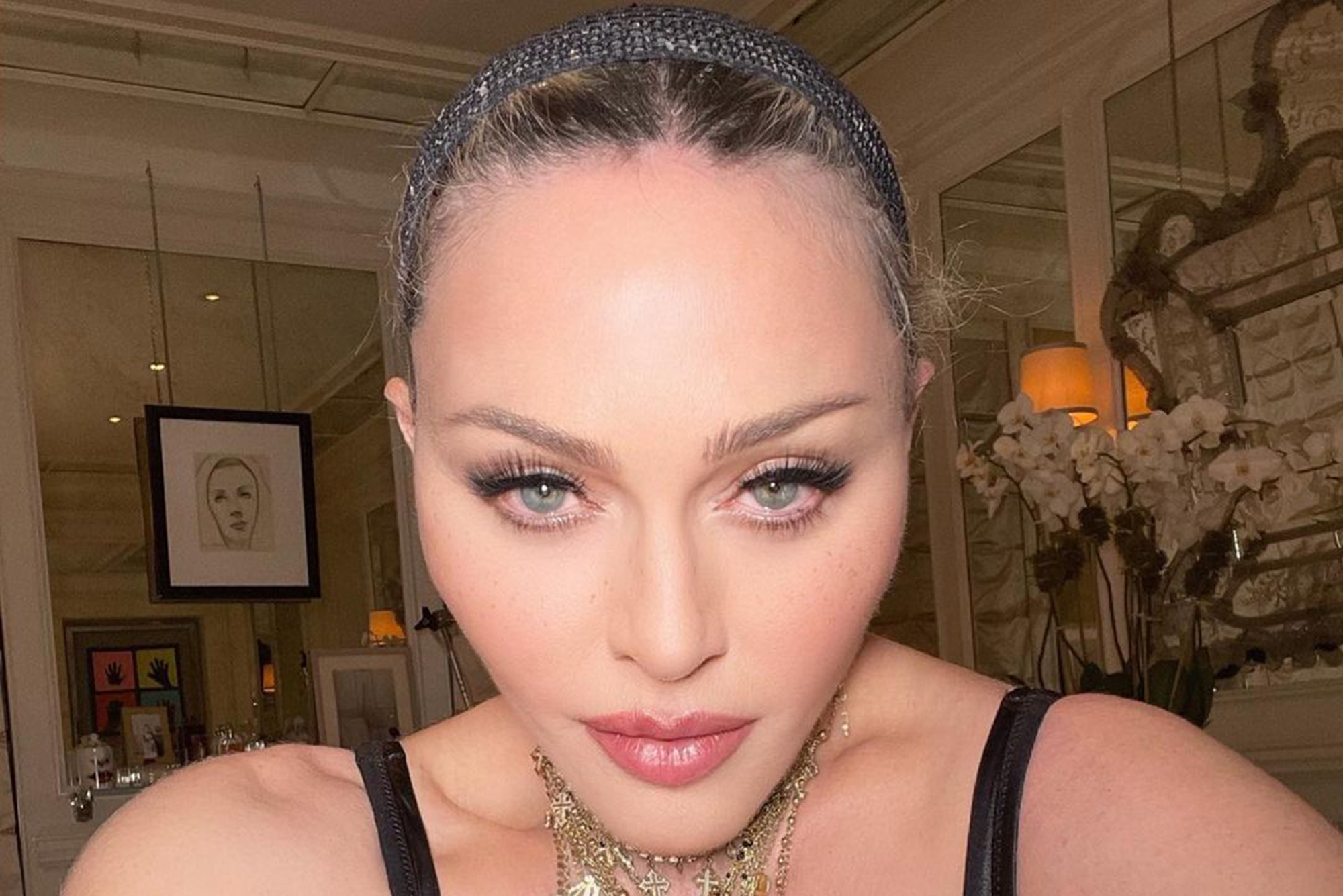 The pop star, 62, stripped down to her underwear for a bathroom photoshoot in the Big Apple on Monday.

In a series of racy selfies, the “Like a Virgin” singer showed off her figure wearing nothing but a plunging black leather-look bra and matching boy shorts.

In true Madonna style, she topped off the skin-baring look with a collection of gold necklaces and pendants.

It’s not the first time the “Like a Prayer” songstress has piled on more jewelry than clothing, as she posed topless in nothing but necklaces back in April.

Madonna switched up the angle for another stripped-down selfie.Instagram

The ageless star — who’s famous for switching up her look — also seems to favor her bathroom as a photo backdrop. She posed for racy lingerie photos there last March and snapped a topless mirror selfie in 2020.

And with her recent purchase of The Weeknd’s Hidden Hills mansion, it’s safe to say she’ll have even more space for future at-home photoshoots.

It seems the “Material Girl” and mom of six has also been busy cheering on her children as of late. She applauded her 15-year-old son David Banda for modeling a silk dress last month, weeks after she was spotted attending his soccer game with her boyfriend Ahlamalik Williams, 27.

Madonna’s daughter Lourdes Leon, 24, has also begun making headlines of her own, from starring in a Marc Jacobs campaign to opening up about her high school romance with Timothée Chalamet.