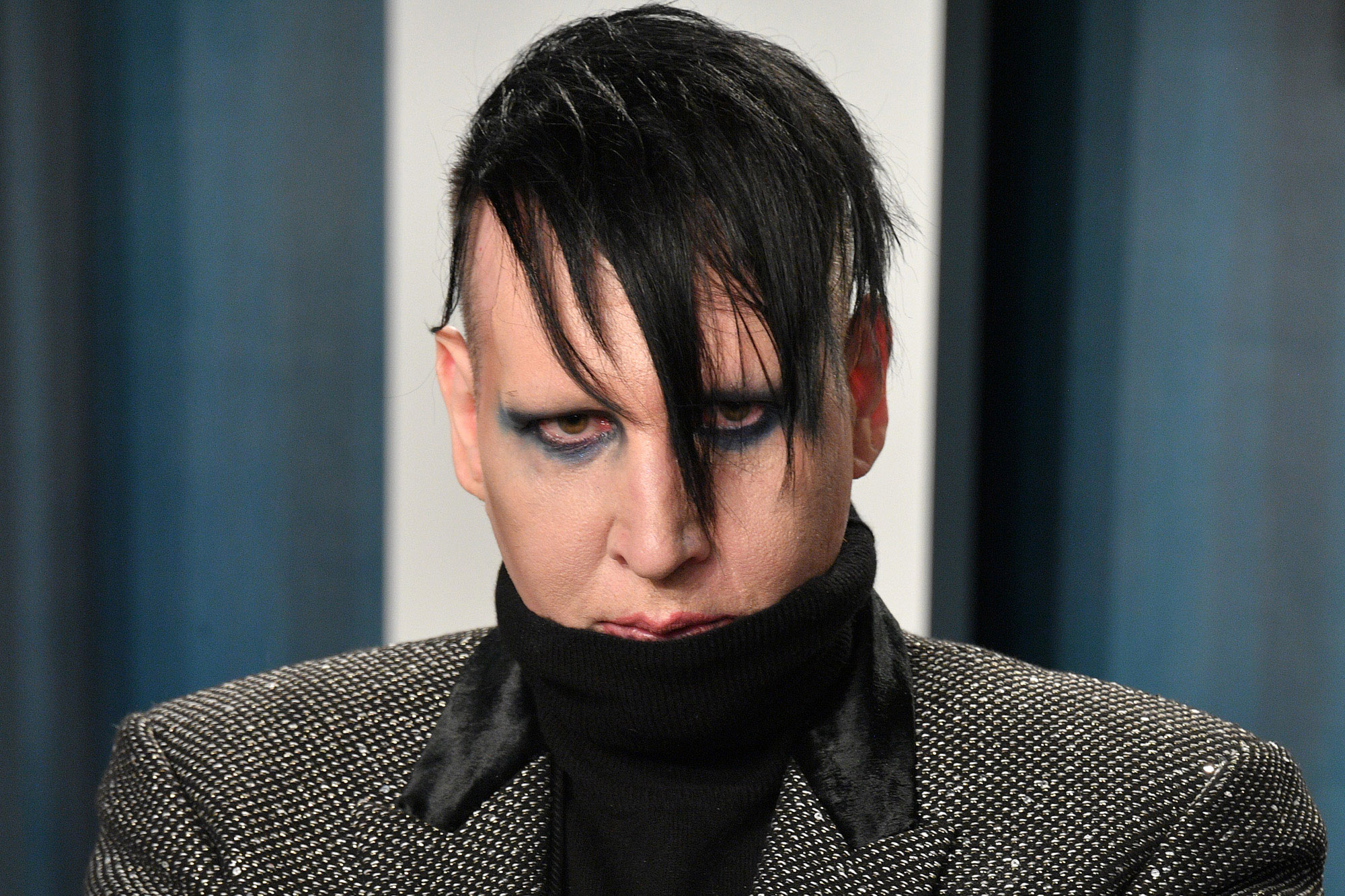 Accused abuser Marilyn Manson previously admitted making rape threats against a woman who spurned his advances — and coming within moments of trying to murder an ex-girlfriend.

The shock rocker, who was dropped by his record label this week over numerous accusations of abuse, made startling admissions about his behavior with women in his 1999 autobiography, “The Long Hard Road Out of Hell.”

He even admitted coming close to carrying out the “perfect murder” of a former bandmate and lover named Nancy — getting spooked moments before trying to burn her to death in her home in the early 1990s.

“This was the first time I had ever seriously considered murder. … She had to die,” wrote the 52-year-old rocker, whose real name is Brian Warner.

“At the time, taking someone’s life seemed like a necessary growing and learning experience, like losing your virginity or having a child.”

After roping in a friend to help, Manson wrote about how they “followed her, cased out her house and figured out her routine” before heading to Nancy’s Fort Lauderdale home with “kerosene, matches and rags.”

Marilyn Manson’s 1999 autobiography, “The Long Hard Road Out of Hell.”ReganBooks

But as they neared, a homeless man started following them while trying to sell drugs — and they were finally scared off by a series of sirens heading to an emergency nearby, Manson wrote.

“After that night, I became too paranoid to kill Nancy, too scared of getting caught and sent to prison,” he wrote. “I woke up to the fact that I had told too many people of my hatred for her, and even the best plan … wasn’t good enough to protect us from chance events like passing police cars.”

Elsewhere, Manson recalled how he and another friend harassed a “hot brunette” whom they both had a crush on, but “wouldn’t even acknowledge our humanity.”

“I fell back on my usual deviant way of getting a girl’s attention: malicious, asinine behavior,” he wrote, saying that they would make threatening calls “every day for nearly a month.”

“At first, the calls were harmless. But they quickly grew meaner,” he wrote.

“‘We’re watching you,’ we’d threaten her at the height of our spite-masked lust. ‘You better not leave work tonight, because we’re going to rape you in the parking lot and then crush you underneath your own car,’” he wrote.

Manson came under fire Monday when actress Evan Rachel Wood accused him of being the man who “horrifically abused” her for years.

“I was brainwashed and manipulated into submission,” the rocker’s former fiancee wrote in an Instagram post — leading to numerous other accusations against the singer.

Marilyn Manson and Evan Rachel Wood, his ex-girlfriend who has accused him of abuse.John Shearer/WireImage

Manson insisted that the accusations were “horrible distortions of reality.”

“My intimate relationships have always been consensual with like-minded partners. Regardless of how — and why — others are now choosing to misrepresent the past, that is the truth,” he wrote on Instagram.