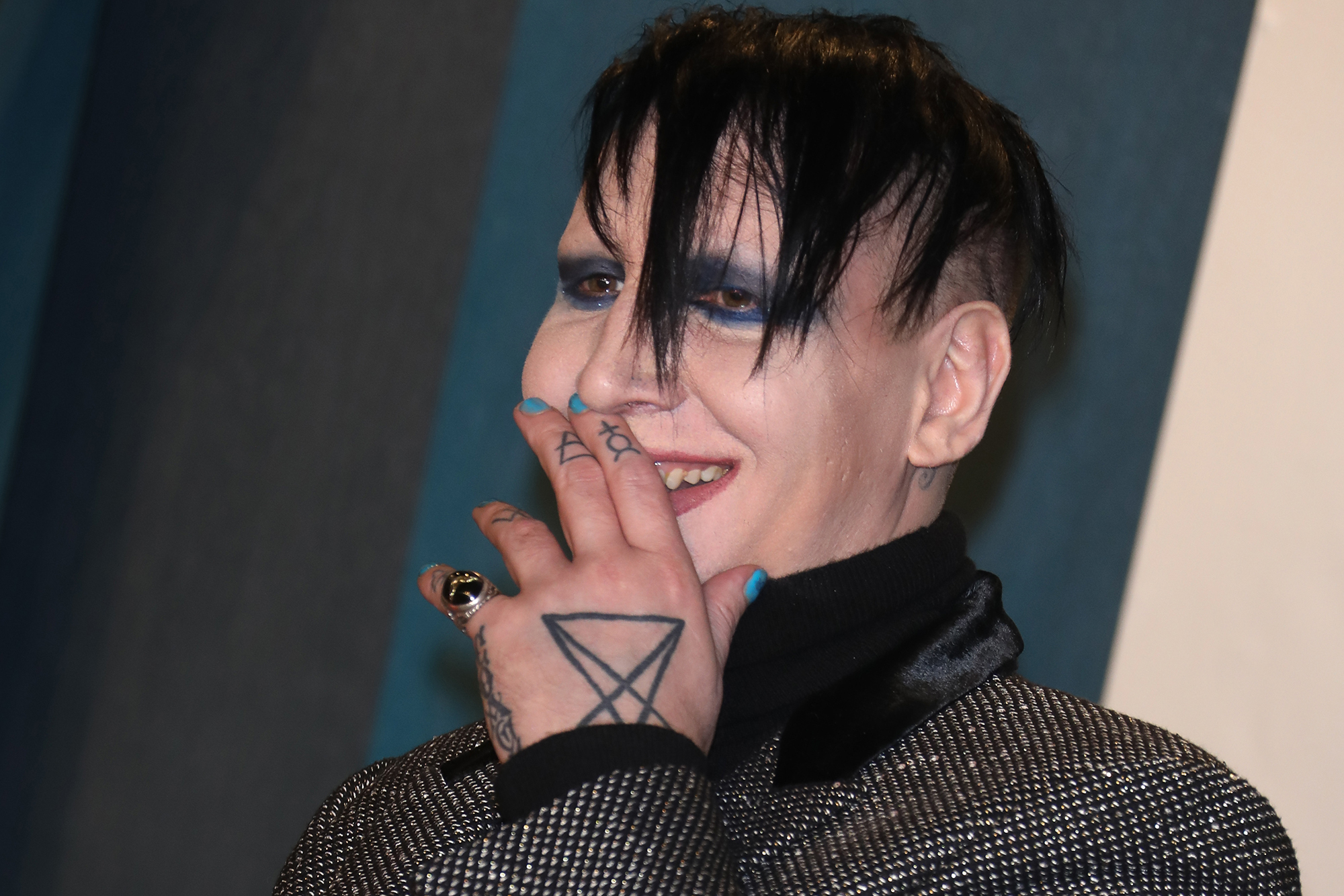 “In light of today’s disturbing allegations by Evan Rachel Wood and other women naming Marilyn Manson as their abuser, Loma Vista will cease to further promote his current album, effective immediately,” Loma Vista said in a statement to Variety on Monday. “Due to these concerning developments, we have also decided not to work with Marilyn Manson on any future projects.”

Manson’s talent agents from CAA did not respond to The Post’s repeated requests for comment.

“He started grooming me when I was a teenager and horrifically abused me for years,” the “Westworld” star wrote. “I was brainwashed and manipulated into submission. I am done living in fear of retaliation, slander, or blackmail. I am here to expose this dangerous man and call out the many industries that have enabled him, before he ruins any more lives. I stand with the many victims who will no longer be silent.”

Marilyn Manson has been dropped by his record label after allegations of abuse.WireImage

Wood started a relationship with Manson when she was a teen, although they didn’t go public about it until she was 19. They dated on-and-off before getting engaged in January 2010, but split later that year.

In 2009, Manson alluded to dark thoughts about his rocky relationship with Wood in an interview with Spin magazine. He talked of phoning her 158 times after a breakup and committing self-harm with a razor blade — and then allegedly suggested he wanted her to see his pain and wanted to hurt her in return.

“I wanted to show her the pain she put me through. It was like, ‘I want you to physically see what you’ve done,’ ” he said in the interview. “But that damage is part of it, and the song ‘I Want To Kill You Like They Do in the Movies’ is about my fantasies. I have fantasies every day about smashing her skull in with a sledgehammer.”

Wood had previously spoken about an allegedly abusive relationship in 2016 but did not name her abuser at the time. She also publicly supported California legislation which sought to increase the statute of limitations on domestic violence cases to five years, from three.

“I mustered the courage to leave several times, but he would call my house incessantly and threaten to kill himself,” Wood said in her 2018 testimony on Capitol Hill in support of the Sexual Assault Survivors Bill. “On one occasion, I returned to try and defuse the situation, he cornered me in our bedroom, and asked me to kneel. Then he tied me up by my hands and feet. Once I was restrained he beat me and shocked sensitive parts of my body with a torture device called a violet wand. To him it was a way for me to prove my loyalty. The pain was excruciating. It felt like I left my body and a part of me died that day.”