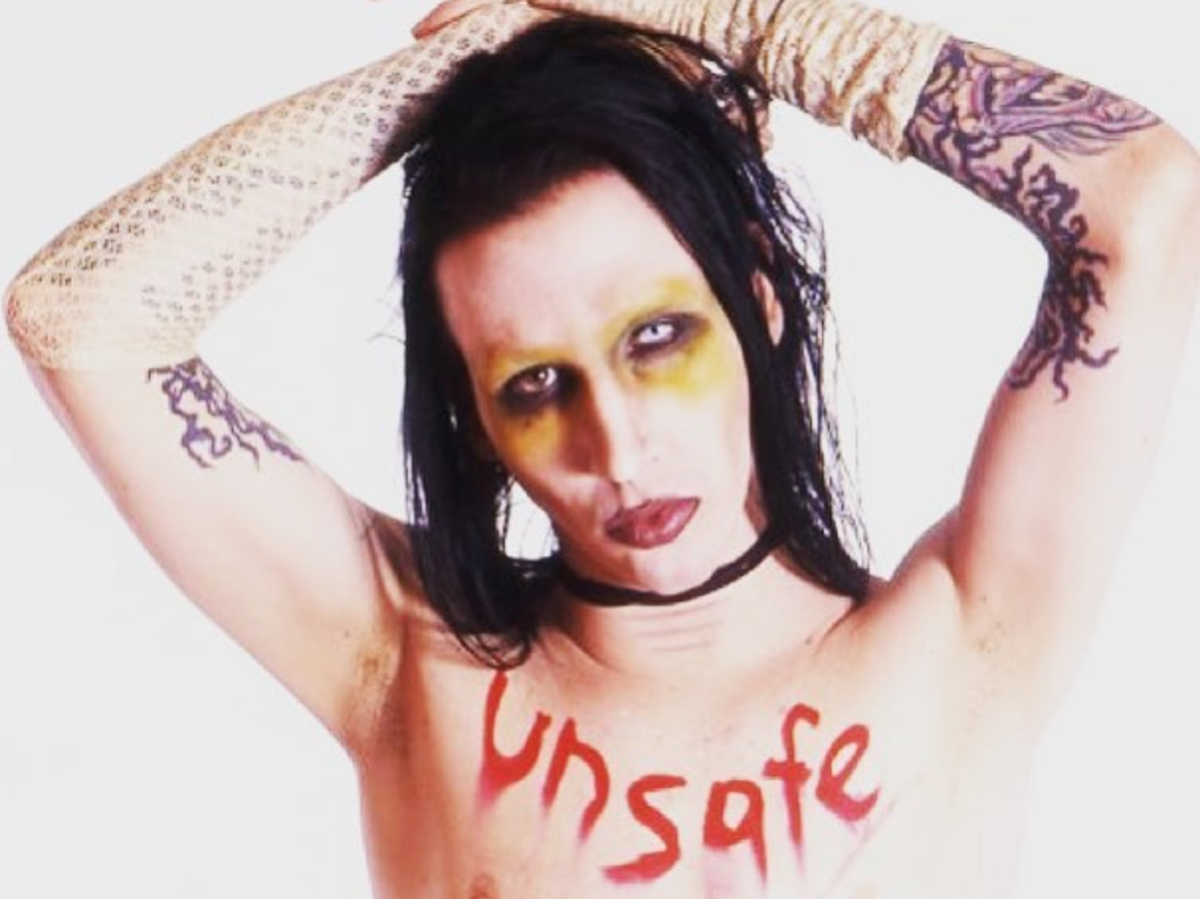 Are Evan Rachel Wood, Ashley Walters, Ashley Lindsay Morgan, Sarah McNeilly, and Gabriella misinterpreting the truth when they alleged on February 1, 2021, that shock rocker Marilyn Manson held them against their will, raped, brutalized, tortured, and terrorized them? Each woman went forward on Instagram in a show of solidarity where for the first time, they publicly named their alleged abuser: Brian Warner, otherwise known as Marilyn Manson.
Evan Rachel Wood went public years ago as she championed the Phoenix Act before the California Senate. The Act was passed into law and enacted in 2020 and it gives domestic abuse survivors more time to bring charges against their abuser. Before, Evan spoke about the horrific domestic abuse she endured but was prevented by law from naming her abuser setting social media ablaze with fiery rumors that the perpetrator she was speaking about was Marilyn Manson.
RELATED: Marilyn Manson Cancels Multiple Shows After Onstage Injury
Limited by what she could say publicly, not only did Evan challenge the statute of limitations that impeded her from getting justice — she changed the law!
Now, Evan, Sarah, Gabriella, Ashley Morgan, and Ashley Walters are not holding back. They are naming Marilyn Manson (Brian Warner) and they are making their claims publicly known.
Their allegations are not about a man who loses his temper when faced with confrontation, has one too many drinks, or has a jealous streak. Instead, they describe a man who set out to groom them (some of the women say Marilyn Manson approached them online and made the initial contact with them) lured them in through ‘love bombing’ techniques (a tactic that is commonly used within cults and spiritually abusive movements), had them move into his house with them, (many of the women allege that Marilyn Manson would profess his love to the women and have them move in with him within two weeks time of their initial meeting, and then used various mind control and manipulative tactics to break their wills and gain control over them.
RELATED: Artist Gabriella Says Marilyn Manson Sliced Their Hands To Make A Blood Pact, Tied Her Up, And Raped Her
The women’s stories are startling similar and their allegations of punishments including being forced to stay awake and tortured with loud music if they fell asleep, being tied up, brutalized, raped (whether awake or sleeping), being locked in his home or within rooms of his house, and being cut off from friends and family are eerily the same.
This isn’t the first time that Marilyn Manson has been accused of abusing women but it is the first time that Evan Rachel Wood and the other women have publicly named him. Marilyn Manson released a brief statement on his official Instagram account, where he has 3.6 million followers.

Obviously, my art and my life have long been magnets for controversy, but these recent claims about me are horrible distortions of reality. My intimate relationships have always been entirely consensual with like-minded partners. Regardless of how — and why — others are now choosing to misinterpret the past, that is the truth.

You may read Marilyn Manson’s statement as he shared it on Instagram below.

Source: Marilyn Manson/Instagram
It’s unclear whether the women have spoken to police but now that Evan Rachel Wood’s Phoenix Act has been passed, several of the women’s allegations can be brought to law enforcement. The artist Gabriella alleges that Manson raped her during their six-month relationship that began in 2015. Her case now falls under the statute of limitations for domestic abuse.
What do you think about the women coming forward with their abuse allegations against Marilyn Manson? What are your thoughts about Marilyn Manson’s statement?
Advertisement