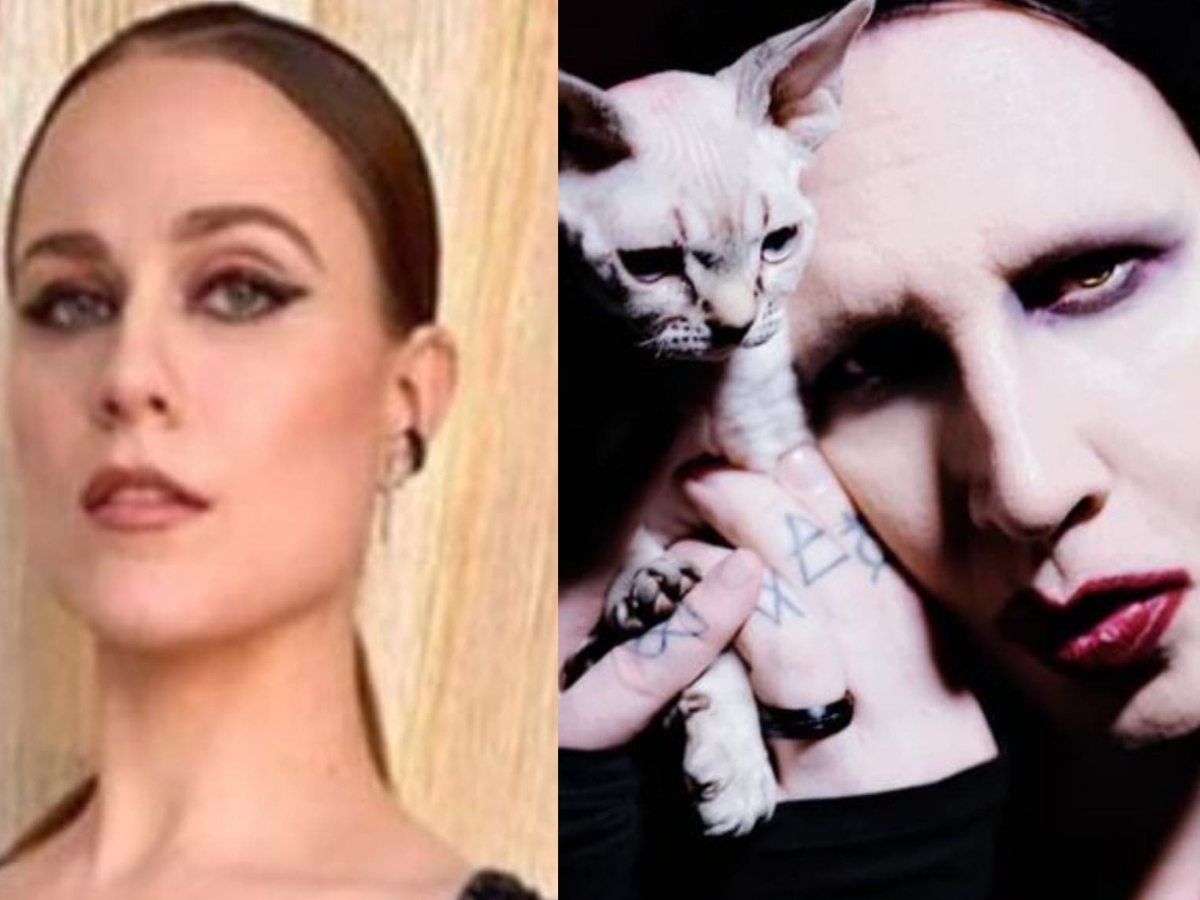 Marilyn Manson says he had consensual relationships with Evan Rachel Wood and the other women who have accused him of raping, torturing, and terrorizing them. The women say something different. They speak about being held against their will, fearing for their lives, waking up to being assaulted, raped, and beaten at Manson’s whim. While Marilyn has his supporters who are standing by him while Evan Rachel Wood continues to demand a full police investigation into her ex-partner, she also says that she has videotaped, and photographic evidence of Manson’s abuse. The only problem is, law enforcement hasn’t seen it.
Evan Rachel Wood is championing a change in domestic violence laws due to the statute of limitations that prevented her from seeking justice. It took time for Evan to deal with the psychological aftermath due to the abuse she alleges took place at Manson’s hands. In 2019, she testified before the California Senate that Marilyn Manson starved her, used mind control tactics such as sleep deprivation, humiliation, verbal and physical abuse to break her will and make her dependent upon him.
RELATED: Evan Rachel Wood And Zach Villa Are No Longer Engaged!
She also stated that he videotaped himself torturing her and can be heard threatening to kill her, her friends, and her family members. Evan Rachel Wood also alleges that he threatened to release portions of the videos or photos in order to blackmail her into silence. Evan has the tapes but due to the statute of limitations, was unable to use them as evidence to bring charges upon Manson.
Now, Evan is calling for Manson’s accusers who are able to bring charges due to their alleged crimes falling within the statute of limitations (that has been extended to 10 years due to the Phoenix Act that Evan Rachel Wood named and championed) to contact law enforcement with their own evidence, stories, and seek justice.
It is unclear if Manson were to be charged and a case brought against him if Evan Rachel Wood’s videotaped evidence could be brought into the case as prior bad acts.
RELATED: Christina El Moussa Having a Hard Time without Tarek?
At this point, Marilyn Manson hasn’t been charged with a crime and it is unknown if any of the women who have chosen to speak out publicly have spoken to law enforcement officials. The artist Gabriella’s case would fall within the statute of limitations and she has made multiple allegations alleging criminal acts attributed to Marilyn Manson.
You may see the statements given by Evan Rachel Wood, Sara McNeilly, Ashley Lindsay Morgan, Ashley Walters, Gabriella, and Marilyn Manson’s statement saying his relationship with all of the women were consensual below.

Evan Rachel Wood’s statements that Marilyn Manson can be heard on the videotapes threatening to kill her, her friends, and family members, contradicts his claims that their relationship and everything that transpired between them was consensual.
What do you think? Should law enforcement investigate Marilyn Manson based on Evan Rachel Wood’s and the other women’s abuse and rape allegations against him?
Advertisement