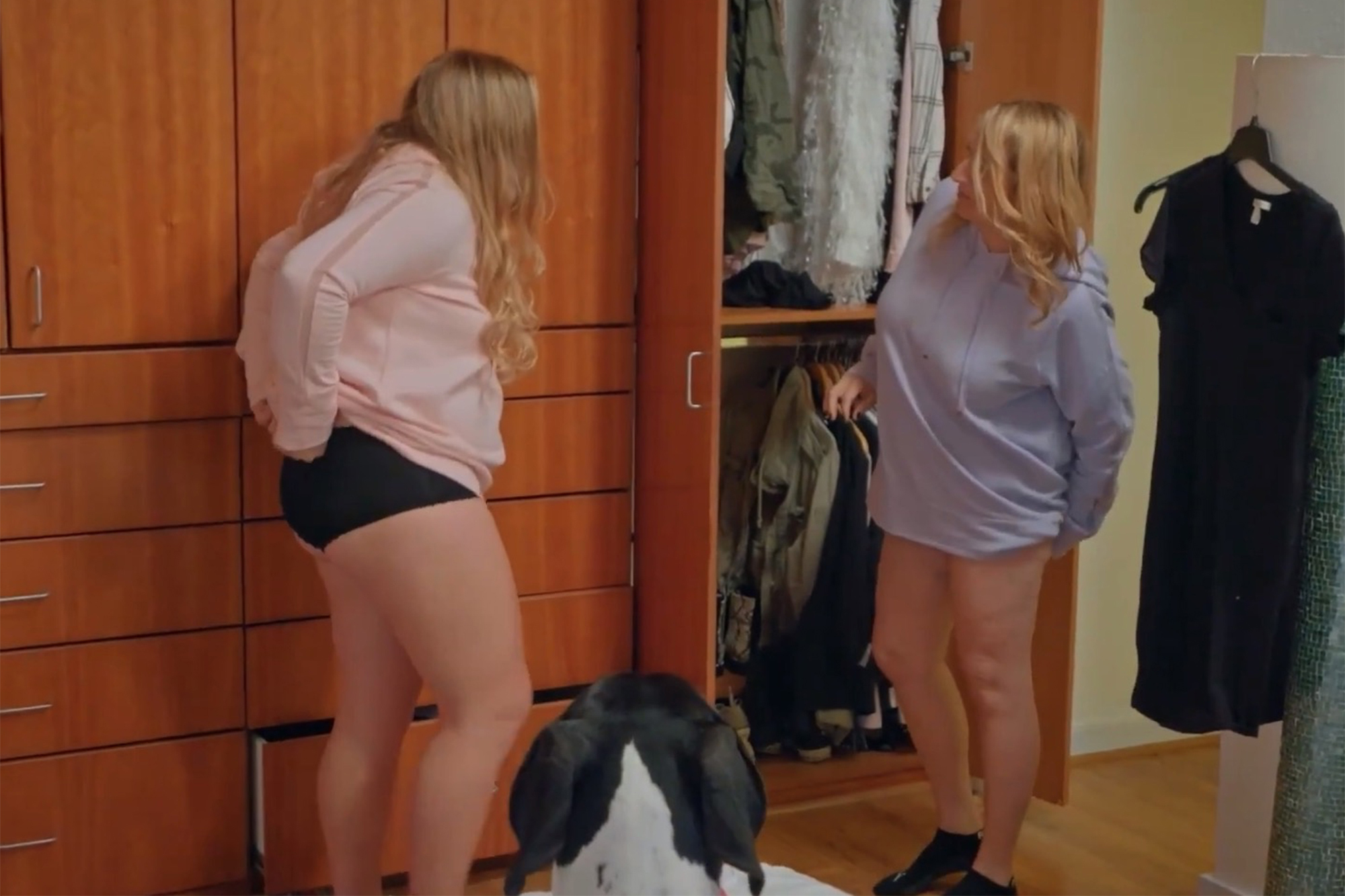 The apple doesn’t fall far from the . . . lingerie?

That might not be how the expression goes, but TLC’s hit reality series “sMothered” is changing the game.

In this exclusive clip, say “aloha” to Season 3‘s newest mom-and-daughter duo, Hawaii-based Amy, 44, and Carina, 23, who share clothing, a bed, showers — and undergarments. Co-produced by The Post, the show follows several pairs of mothers and daughters with outrageously close bonds.

“We share all our clothes, our closet, everything,” Amy told The Post ahead of Monday’s episode, which marks the beachy blondes’ first appearance “sMothered.” “So the panties, we’re constantly getting mixed up, because they’re in a communal drawer.”

Amy and Carina pose together for Season 3 of “sMothered.” Marco Garcia/Getty Images

The duo also elaborated on the occasional need to rinse off in tandem.

“Sometimes we’re in a real rush, and we’re like, ‘We have to be out the door in 30 minutes,’ ” said Carina. “We’ll totally jump in the shower together.”

Carina and her mom, Amy, on TLC’s “sMothered.” TLC