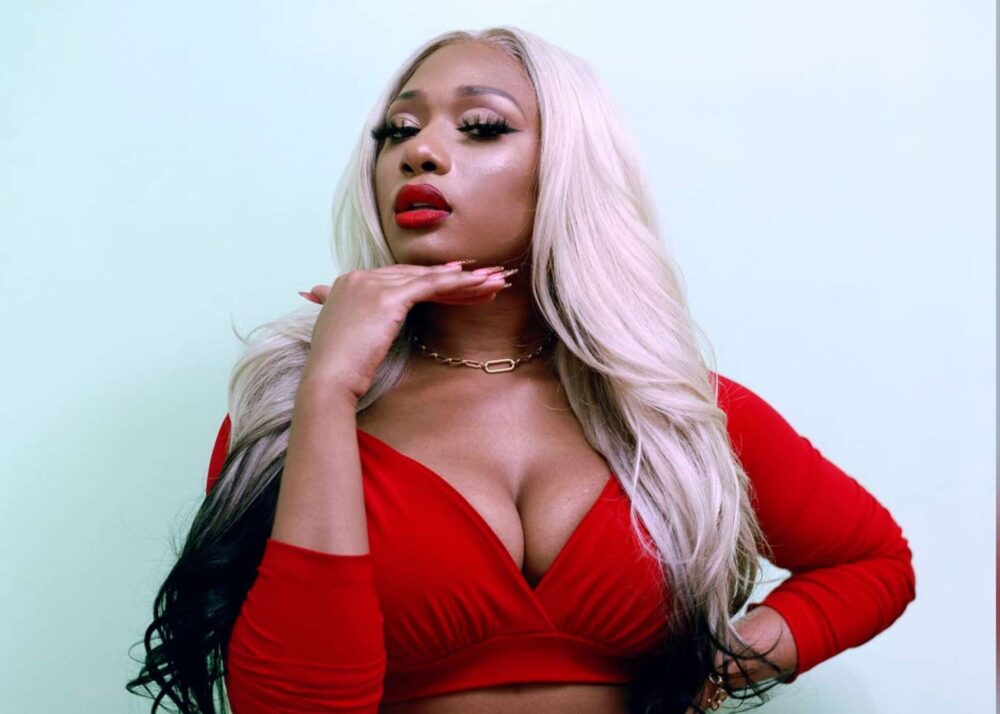 Megan Thee Stallion fans have gotten used to seeing her name in the headlines connected to Tory Lanez, ever since the Toronto artist had been accused of shooting her in the foot outside of a pool party last summer.
Finally, Megan is in the tabloids for a reason other than Tory, and fans can rejoice at last. Hot New Hip Hop reported today that the “Savage” rapper might be in a relationship with a new man, Pardison Fontaine. A video featured Megan at a birthday party this weekend and it looked like Fontaine was yelling something in the background, however, fans weren’t happy with his vibe.
RELATED: Kelsey Accuses Megan Thee Stallion Of Messing With Her Man – Here Are The Details
According to the outlet, many of her fans seemed concerned that she may have chosen the wrong guy. In other words, it looks like not everyone is pleased with her choice of man, and his behavior in the clip probably played a role in it, at least as far as her fans were concerned.
At the time of this post, no one knew what her relationship was with the man, but on Friday, it was reported that Pardi was in fact the man everyone had been talking about. Megan called him perfect throughout her most recent stream a number of times.
https://www.instagram.com/p/CLfBpH0Bj3S/
RELATED: Kelsey Nicole Drops Diss Track On Megan Thee Stallion Sparking New Tory Lanez Theories
According to Hot New Hip Hop who picked up on the IG stream, Megan explained to her viewers in the clip that she didn’t like the way everyone on the internet was talking about her new “boo.” She stated that he is “so calm and sweet,” and she really liked him.
Fans were quick to blast her for that, as well, including one who said she was acting like a “simp” for talking about her boyfriend in a nice way. She went on to say that she never said a hot girl couldn’t have a “boyfriend.”
Megan then told her fans and followers to be a bit nicer to him, because he was a good guy. Reportedly, Pardison is famous for being one of Cardi B’s songwriters. The writer also worked on the song, “Backin’ It Up,” with the Bronx rapper.
Advertisement