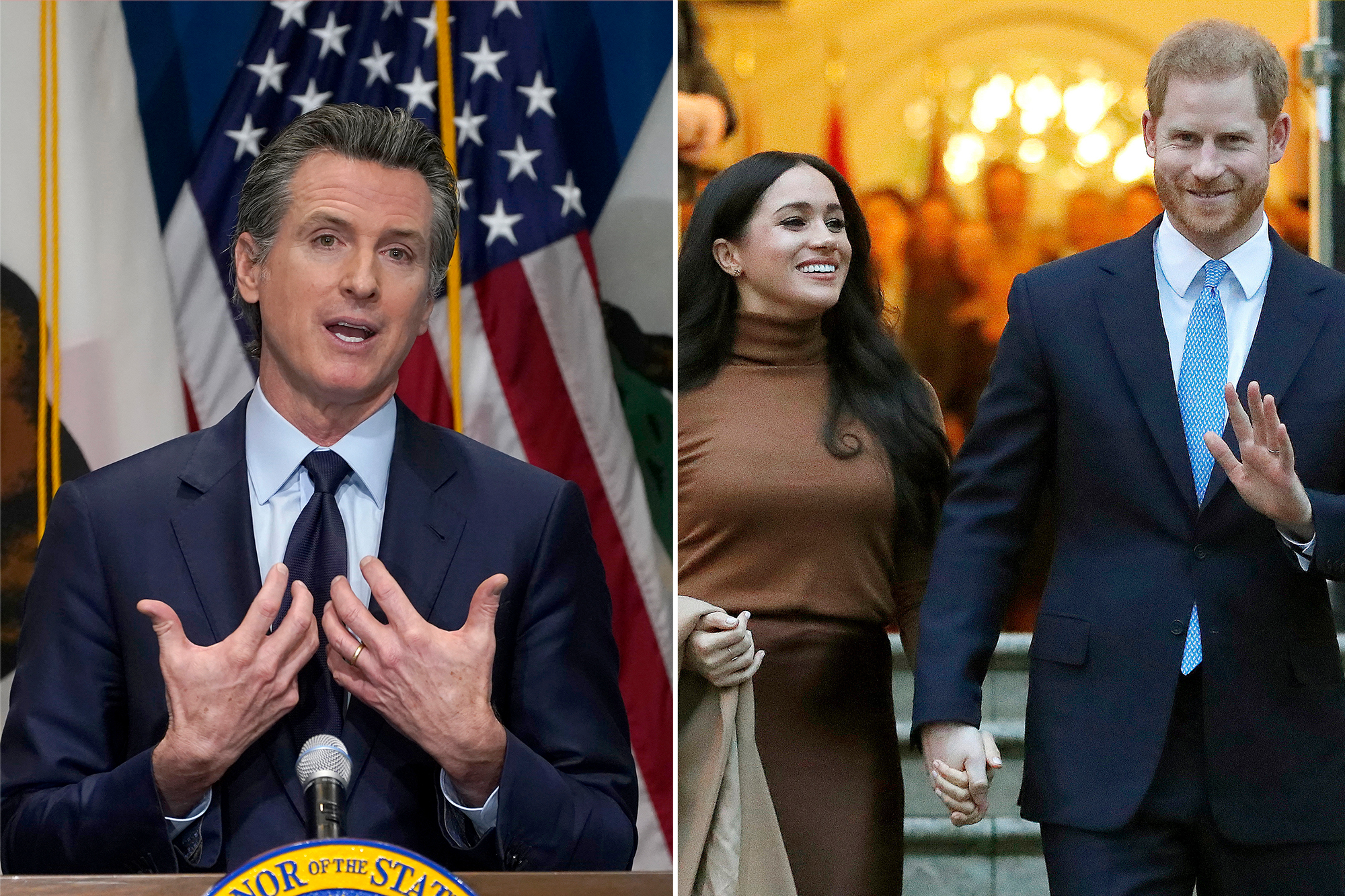 Meghan Markle and Prince Harry were a little more involved in American politics than previously thought, according to a report.

The pair had an hour-long video meeting with California Gov. Gavin Newsom Oct. 19, less than a month before the presidential election, The Sun reported.

It’s unknown what Harry and Meghan discussed with Newsom during the meeting, which came as Newsom was in the midst of deciding who would fill Vice President Kamala Harris’ spot in the U.S. Senate. The governor ultimately selected Alex Padilla to succeed Harris.

Royals are expected to stay out of politics.

The Duke and Duchess of Sussex had already ruffled plenty of royal feathers by urging Americans to vote in the contest between then President Trump and Joe Biden, who ultimately won the White House.

“As we approach this November, it’s vital that we reject hate speech, misinformation and online negativity,” Harry said in September.

Markle added: “We’re six weeks out from the election, and today is voter registration day. Every four years, we’re told the same thing, ‘This is the most important election of our lifetime.’ But this one is.”

Newsom’s office, which declined to say what was discussed during the October meet, did not immediately return a message from The Post.