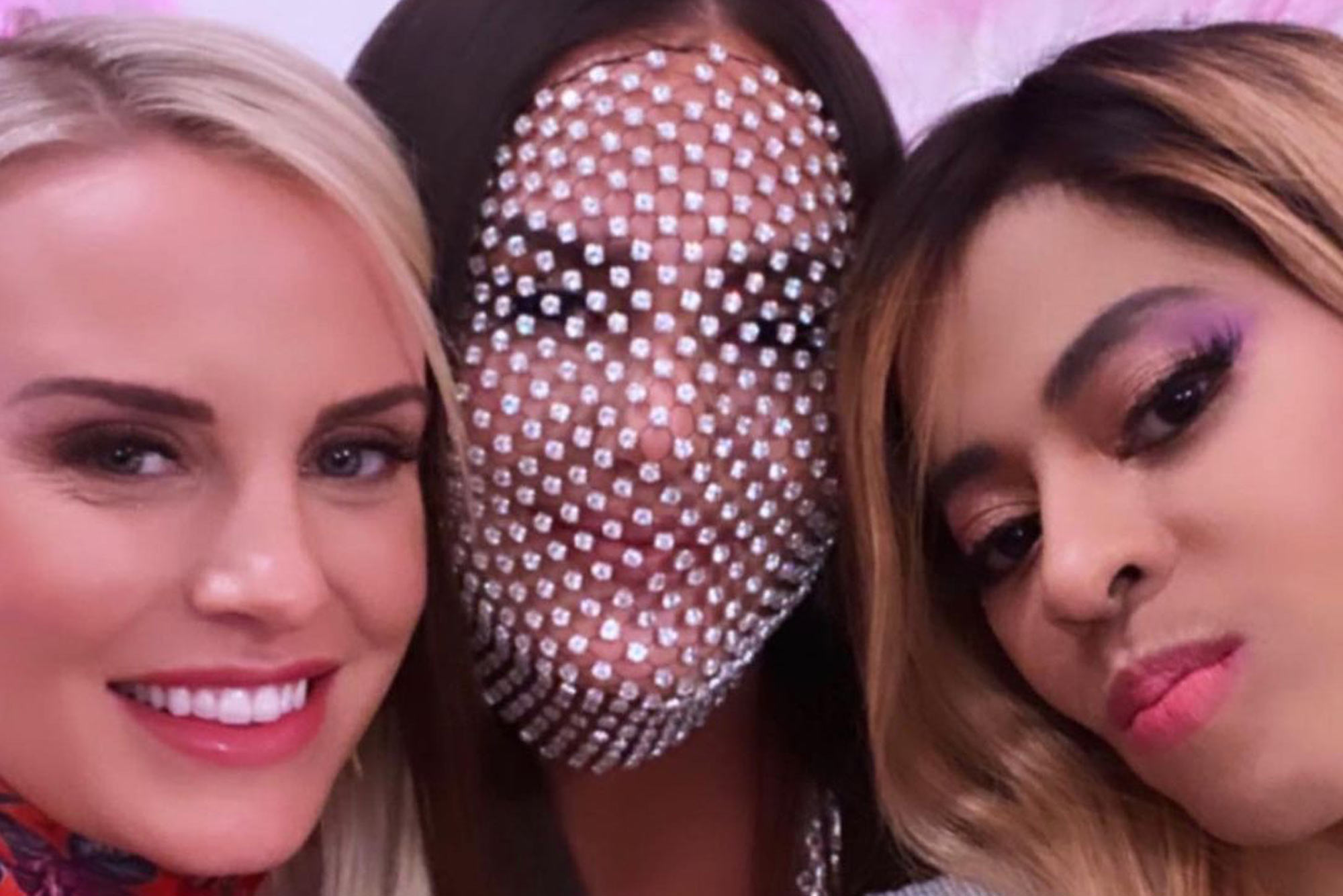 Meredith Marks’ high-fashion face mask in Wednesday’s “Real Housewives of Salt Lake City” finale was way ahead of its time.

For her co-star Heather Gay’s Beauty Lab + Laser party — captured by Bravo’s cameras mere weeks before the country shut down due to the coronavirus pandemic — Marks donned a straight-off-the-runway Christian Cowan Swarovski crystal mask that covered her entire face, from hairline to chin.

“I was actually very fearful of COVID very early on, and by the beginning of February when China didn’t reopen after Chinese New Year, I knew we had a serious problem,” the jewelry designer and business owner, 49, told Page Six Style in a recent phone interview.

“And I have a production office in Hong Kong, so I was probably a lot more aware as opposed to most Americans were at that time.”

But according to Marks, the mask was really meant to protect her from her co-stars — not COVID.

“As you all well saw, I was very good at disengaging. I felt a very significant lack of trust walking into Beauty Lab at that point with my castmates. And so that was my way of disengaging — I mean, it’s a look,” she said.

“I was asked multiple times that night by people, ‘Why are you wearing a mask?’ And I swear, my answer to them was, ‘To protect against the viruses — and I don’t mean coronavirus.’”

Admitted the star, “In retrospect, [that] probably sounds a bit insensitive, because people died. This is not a joke, but at the time, nobody believed it was coming, and I was very fearful of it.”

Marks told us she first spotted the mask at Christian Cowan’s runway show last February, for which she provided the jewels — and she knew she had to have it.

“In my brain, it was serving two purposes,” she explained. “Sort of quashing my COVID fears, you know, in a weird way, [although the mask] obviously didn’t really do anything on that. But it was definitely something that was very weighing heavily on me at the time. And it also was my way of the ultimate disengagement.”

Marks’ look ended up being a family affair, as her son Brooks worked with Cowan on the clothes.

“He designed my outfit for that night and he did all these drawings, and then when Christian was in Park City, Christian kind of helped him tweak some of the drawings and then helped him get it made for me.”

Marks told us Cowan has served as “somewhat of a mentor” to her son, who’s a rising fashion star in his own right.

“He’s been very kind and very helpful to him,” she said. “And I love Christian. He is like an absolute, incredible human being all the way around. He’s a great person to deal with both personally and in business, and is very, very talented.”

And Marks is loving the memes her avant-garde mask is inspiring.

“I think it’s super chic, but it’s also meant to be somewhat entertaining because of the position that I was in at that point in time,” she explained.

“So even the ones that are kind of making fun of me, I think they’re funny. I think it’s great. I mean, I really have no negative reaction to anything I’ve seen so far.”

Hailey Baldwin Opens Up About Justin Bieber’s Lyme Disease Diagnosis And Revels How It’s Affected Her!
Chrissy Teigen Marks What Would Have Been Her Due Date After Terrible Miscarriage
Comment