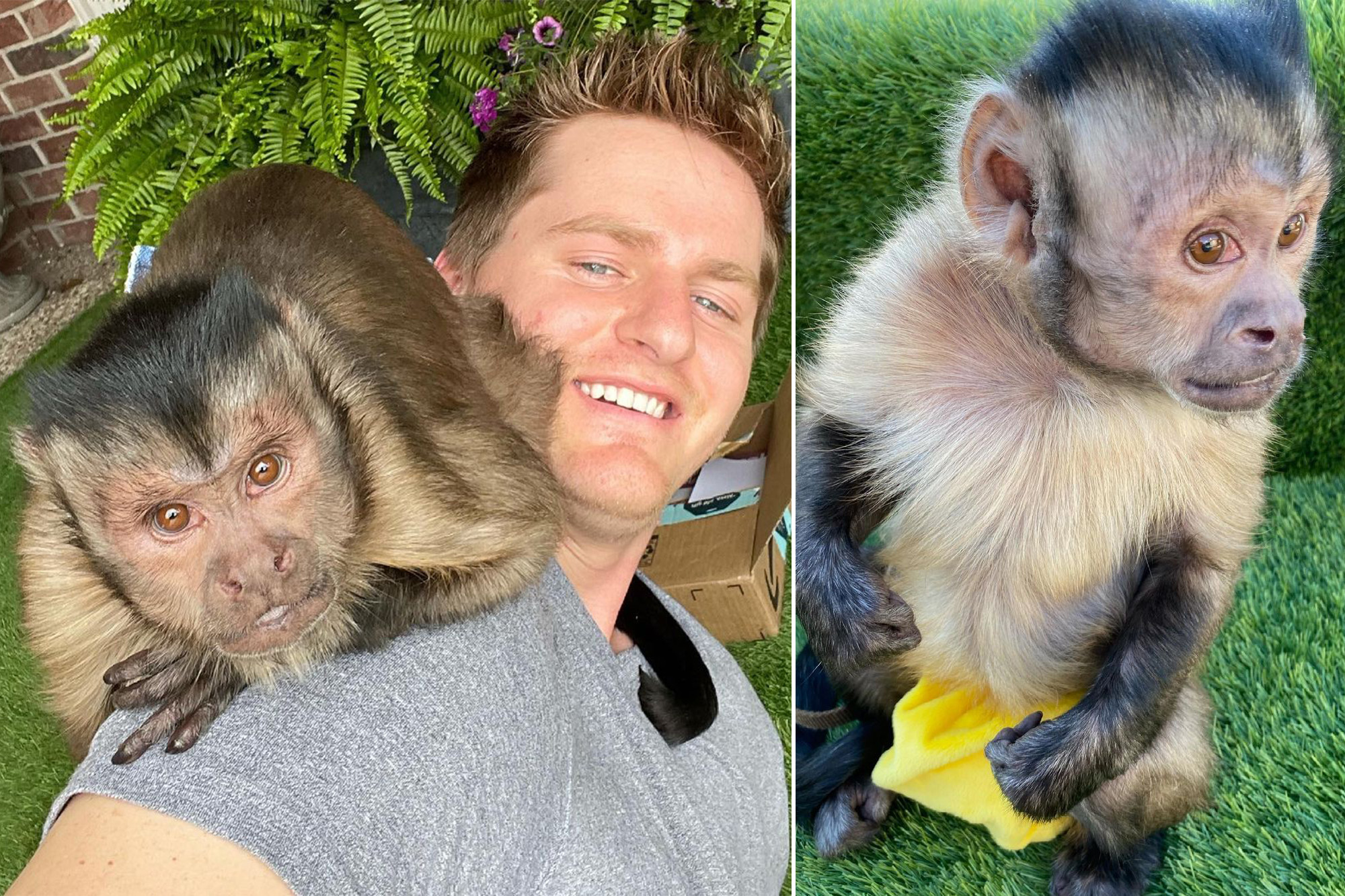 Fans are in shock after a beloved monkey with nearly 18 million TikTok followers died unexpectedly Monday following a routine checkup at the dentist.

The 12-year-old primate named George — who blew up the internet with his box-opening skills and other shockingly anthropomorphic behaviors — reportedly succumbed to complications from anesthesia.

The anonymous Texas-based couple who had owned the capuchin monkey for 10 years shared the “devastating news” in a moving TikTok statement with more than 16.3 million views:

“George went to the vet for a regular check up on his teeth,” they captioned the heart-rending clip. “During, there were complications with the anesthesia, starting a long fight for his life.”

The crestfallen couple continued, “Through the fight, George was sent thousands of thoughts and prayers with the hope that he would make it. On June 7th at 4pm Central, Georgie Boy passed away.”

However, they reassured fans — the simian also boasted more than half-a-million followers on Instagram — that “though the fun-loving life of George has left, his spirit of hope and love lives on. We love you, George.”

George’s mad box-opening skills and other anthropomorphic traits struck a chord with his fans on TikTok.Instagram

This marks a tragic end for the viral primate, who originally joined the family as an emotional-support animal for a person who has a painful nerve disorder, the Mirror reported. However, George quickly became an internet sensation after the owners began chronicling his human-like prowess at opening packages, which were often sent by his adoring fans.

Aside from box opening, the clever monkey — who was known as “HeresYourMonkeyContent” online — has been filmed playing in a ball pit, grinning while eating popcorn in bed and figuring out how to plug in a light-up pole gifted to him by a TikTok follower.

In one incredible clip with 5.6 million views, the curious capuchin can be seen working out where to put the keys in a miniature car he received from his owner.

George boasted more than 17 million TikTok followers at the time of his death.Instagram

Needless to say, George’s legions of supporters were devastated by his loss.

“I’m not doing okay,” wrote one inconsolable commenter on the video announcing his passing.

Another wrote, “Wait wait wait!!!! Noooooo! My daughter and I watched George all the time!! I am soooo sorry!! Omg….this is so sad.”

“This is heartbreaking,” seconded a devastated fan of George on Instagram. “George was among the brightest lights on this platform. He’ll be missed dearly.”

Fans were crestfallen over George’s passing.Instagram

‘Ferris Bueller’s Day Off’ at 35: Behind the scenes secrets
Garbage’s Shirley Manson on her long career — and ‘protecting’ Billie Eilish
Comment