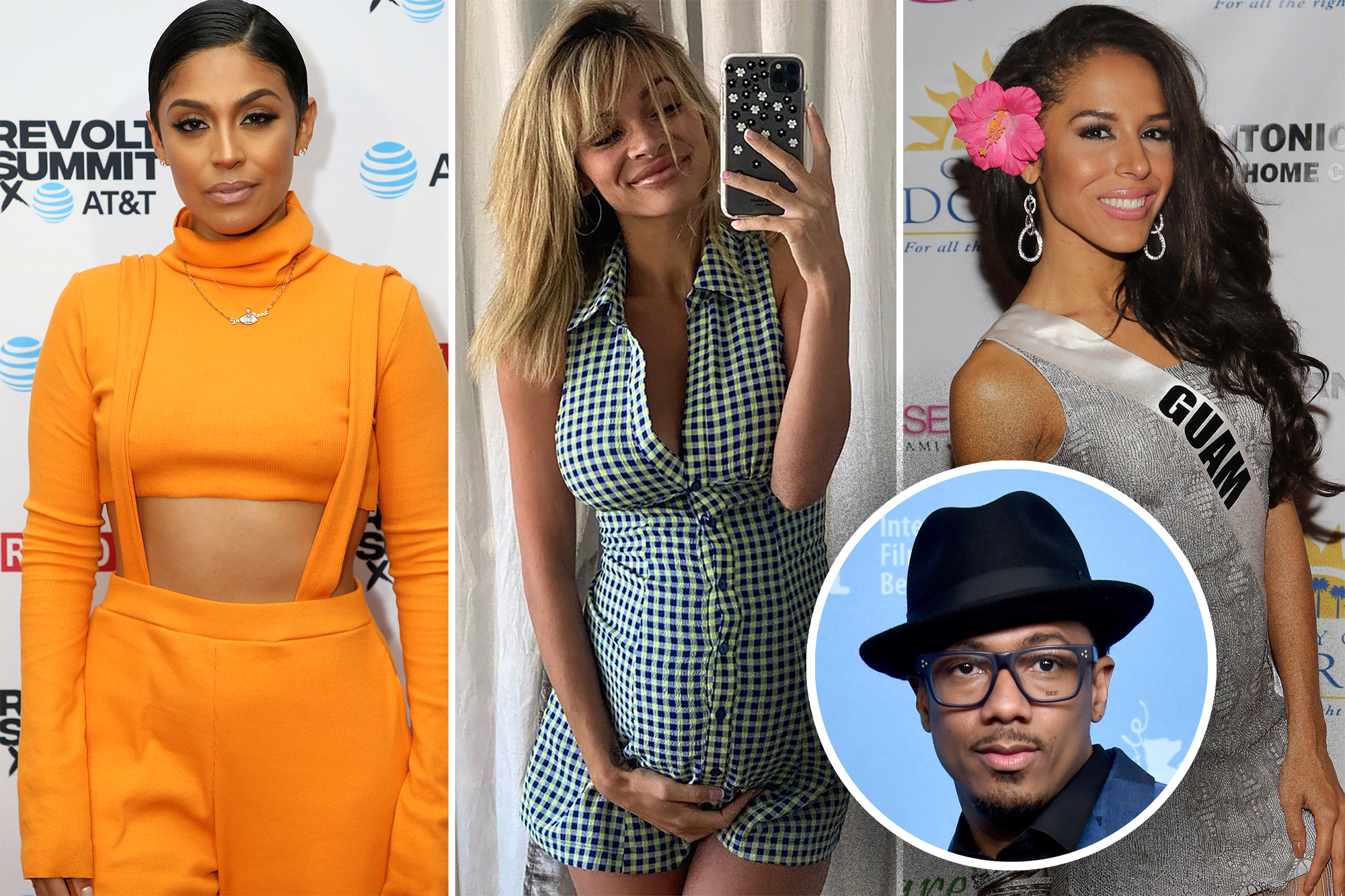 For those keeping score at home, Cannon has fathered three children with two different women since December — with a fourth now on the way with a third baby-mama.

Model and rumored girlfriend Alyssa Scott announced via her Instagram Story on Father’s Day that she was expecting.

The photo showed Cannon — or a Cannon look-alike — posing with Scott and holding her baby-bearing belly. The baby-daddy was not tagged nor facing the camera, but it is rumored to be Cannon.

Television show host Nick Cannon (inset) has been quite busy and is rumored to have a seventh child on the way, this time with current girlfriend Alyssa Scott (center).NY Post photo composite

The “Wild ‘N Out” host has yet to post a public statement about Scott’s pregnancy, but it wouldn’t be his first this year.

Earlier this month, Cannon, 40, became a father to twins with DJ Abby De La Rosa, whose only Instagram post is of her in a hospital bed on June 14 holding the twin boys. “Welcome to the world Zion Mixolydian Cannon & Zillion Heir Cannon,” the caption reads.

De La Rosa also posted a tribute to Cannon on Father’s Day to her Instagram Story, writing, “We are forever grateful for you.”

Cannon has yet to acknowledge the Father’s Day posts or post about the newborns.

Cannon also welcomed a child with former beauty queen Brittany Bell in December, with whom he already shares a 4-year-old. The star is also father to two children with singer Mariah Carey, to whom he was married for eight years.

The television show host is taking his role as a baby-daddy quite seriously, and soon will add a seventh child to his growing brood. Scott is rumored to be giving birth imminently, recently posting a selfie on Instagram captioned “the final days are here,” apparently in reference to the pregnancy.

In the wake of the baby-mama drama, an old interview with Howard Stern has resurfaced, during which he discussed a near-death experience. “I might die in the morning,” said Cannon. “So why wear condoms?”

Carey, 52, is the mother to Cannon’s first children, 10-year-olds Moroccan and Monroe. The two were married back in 2008, becoming lovestruck Hollywood icons, and later divorced in 2016. Carey is known for her holiday hit “All I Want for Christmas Is You,” which broke records last winter on Spotify.

Nick Cannon and Mariah Carey were married for eight years and had two children, Moroccan and Monroe.Getty Images

The 33-year-old former beauty queen welcomed her first child with Cannon four years ago, and gave birth to another, named Powerful Queen Cannon, in December. The pair dated prior to the pregnancies, back in 2015, and later got back together.

On June 14, the 30-year-old DJ gave birth to twins named Zion and Zillion, with baby-daddy Cannon. She announced in April that she was pregnant with Cannon’s children and was expecting twins, but Cannon has yet to acknowledge the newborns and De La Rosa’s social media tributes.

Although Cannon has not confirmed this pregnancy, Scott took to her Instagram Story on Father’s Day to post a picture of the pair, saying, “Celebrating you today.” She is rumored to be his new girlfriend, and the mother of his seventh child. Before appearing on Cannon’s show “Wild ‘N Out,” she posted a selfie to note the final days of her pregnancy.