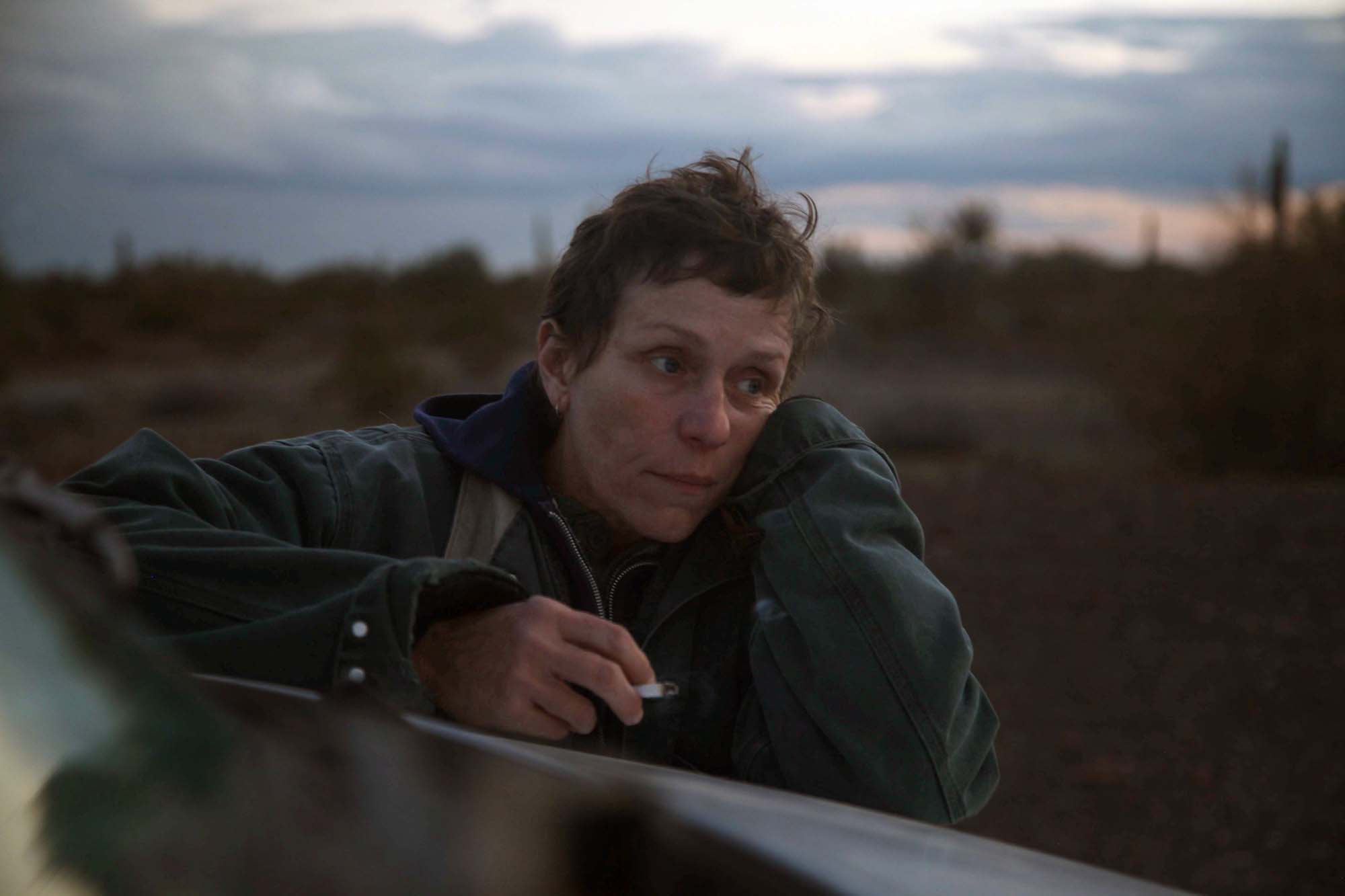 Halfway through the drama “Nomadland,” Frances McDormand takes a dump in a bucket. She doesn’t scream, “GIMME OSCAR NOW!,” but you can see the words burning in her eyes. The film, directed by Chloé Zhao, is an awards-season favorite, and it doesn’t let you forget that for a second.

Beneath the veneer of prestige, however, is a prescient and affecting story of a lost American class: van dwellers.

They’re often older adults who, while reeling from the aftermath of the 2008 recession, became migrant workers to make ends meet. They sleep and cook in vehicles and travel the country looking for jobs while forging lasting bonds with each other around campfires. Jessica Bruder wrote about these unique souls in her nonfiction book, “Nomadland: Surviving America in the Twenty-First Century,” which the film is based on.

Frances McDormand plays a woman roaming the country in search of work in “Nomadland.”©Searchlight Pictures/Courtesy

The fictional creation here is Fern (McDormand), a widow and an Amazon warehouse employee working long hours for pennies, and living out of her car in parking lots.

“My mom says that you’re homeless. Is that true?” asks a girl she used to tutor at the supermarket. “No, I’m not homeless — I’m just houseless,” Fern replies. “Not the same thing, right?”

A friend tells her about “RTR,” or Rubber Tramp Rendezvous, a traveling band of compatriots who crisscross the country living self-sufficiently while supporting each other. A person might set up for a few months near a city and take an odd job at a restaurant or campsite, and then move on when the work dries up. Fern decides nothing is keeping her in Nevada and takes the leap to become permanently impermanent.

The film is based on the nonfiction book, “Nomadland: Surviving America in the Twenty-First Century.“©Searchlight Pictures/Courtesy Everett

The newcomer learns from helpful mentors how to make her van a home, and survive in often unforgiving environments. Falling sick when you live miles away from anybody, with no family or friends nearby, poses a risk most of us don’t have to think about. Simply not having a spare tire on hand could kill you. Fern also starts up a flirtation with Dave (David Strathairn), who she runs into repeatedly from state to state.

Zhao’s film, which she shot with an eye for operatic mountains and horizons, follows Fern, but the real stars are the actual, remarkable nomads the writer-director found to play versions of themselves as the supporting characters.

One woman is Swankie, who admits to Fern in a vulnerable speech that she is on the road because she was diagnosed with cancer and only has eight months to live. “I’m not gonna spend any more time indoors in a hospital,” she says. “No, thanks.” It’s a thunderous moment, and the best of the film.

Everybody has a unique reason for how they came to live this way. Another woman describes witnessing the death of her co-worker on the eve of his retirement — the day before he was finally going to start living his life — and feeling inspired to pack up and restart her own.

The tricky thing is that because the ensemble brings such easy naturalness to the screen, it unintentionally screws up McDormand.

Yes, “Nomadland” fits snugly in the actress’ working-class oeuvre. No casting director will ever say, “Early 60s, stylish, Wall Street trader. I know! Frances McDormand!” As a presence, she makes sense as part of a convoy of road warriors. However, her acting, while well-suited to Martin McDonagh or Wes Anderson, is just too big and eclectic for this lived-in environment. Every purse of the lips, giggle and wave tries desperately to be documentary-realistic, and comes off forced.

It doesn’t matter much, though. Fern and McDormand are more importantly a window into a painful corner of America that is all too easy to look away from. Good for Zhao for pointing her camera directly at it.