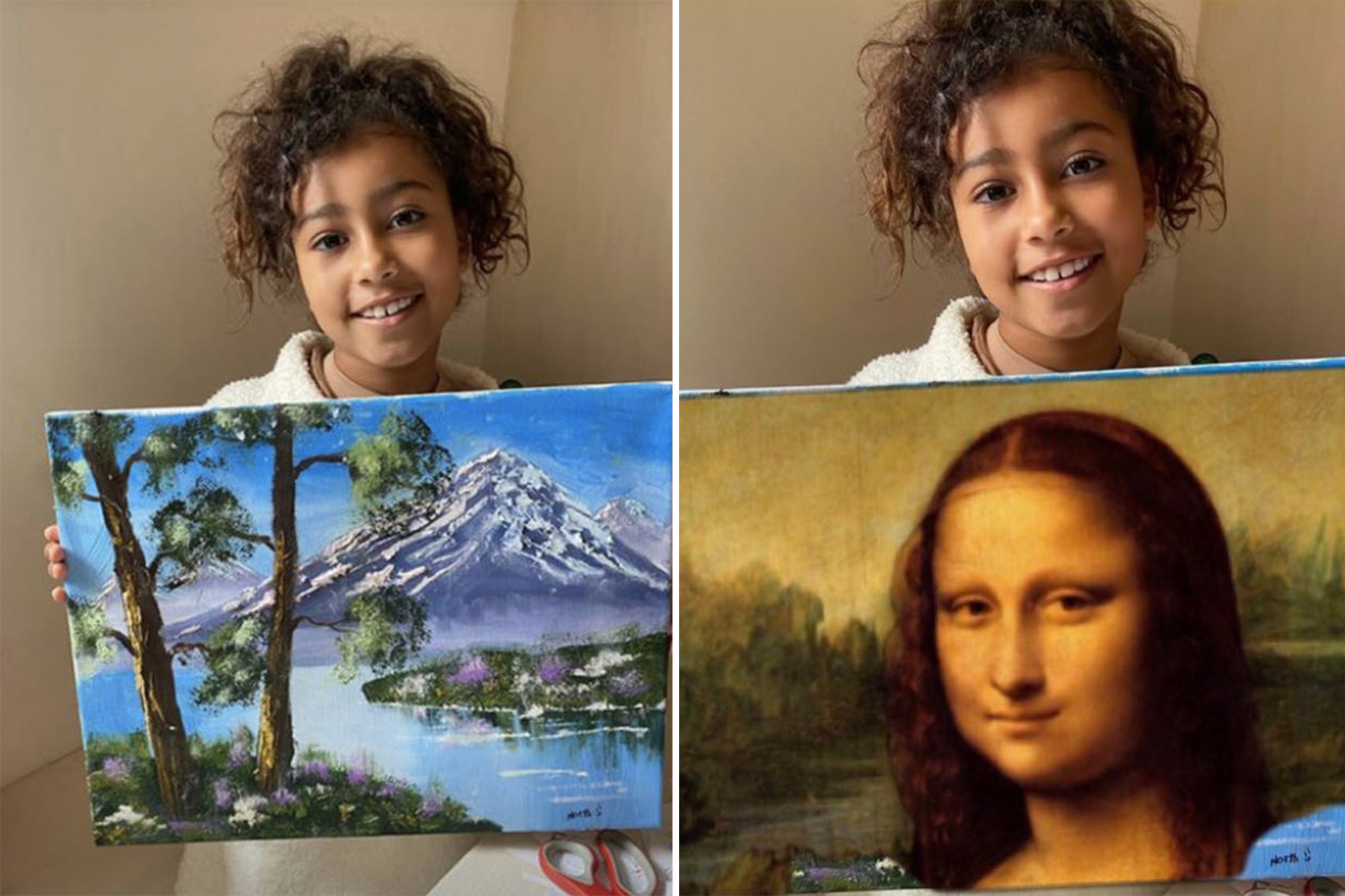 The memeification of North West’s oil painting is well underway.

As Kim Kardashian West doubles down defending her seven-year-old daughter North West’s oil painting from online critics, who question whether a child could realistically paint such a realistic landscape, Twitter has weighed in — with memes.

Another user went so far as to Photoshop the “Melodrama” art into the image Kardashian, 40, posted to Instagram of her firstborn.

“can’t believe north west painted this. she’s so talented!” tweeted another, alongside the “Bold and Brash” painting the “Spongebob Squarepants” character Squidward created in one episode of the animated children’s show.

“Some other North West masterpieces,” reads one tweet featuring North West separately holding the Mona Lisa and Georges Seurat’s “A Sunday Afternoon on the Island of La Grande Jatte.”

“North West’s Art at Age 7 vs My Art at Age 7,” one user wrote next to the original shot of North West and a large, outlined letter S.

In response to the controversy, Kardashian informed haters that West was enrolled in an art class in which young participants create artwork over a weeks-long period.

“My daughter and her best friend have been taking a serious oil painting class where their talents and creativity are being encouraged and nurtured,” Kardashian said in an Instagram story. “North worked incredibly hard on her painting, which took several weeks to complete,” she continued. “As a proud mom, I wanted to share her work with everyone. I’m seeing op-ed pieces in the media and social media from grown adults breaking down whether or not my child actually painted this,” she continued, alluding to the popular theory that the piece was in fact a Bob Ross painting. “How dare you see children doing awesome things and then try to accuse them of NOT being awesome!?!?!”

Vivica A. Fox Invites Kenya Moore On Her Podcast To Discuss Their Beef After The ‘RHOA’ Star Apologizes
Esme Bianco Says Marilyn Manson Cut Her With A Knife During Sex, Posted Photos Online
Comment