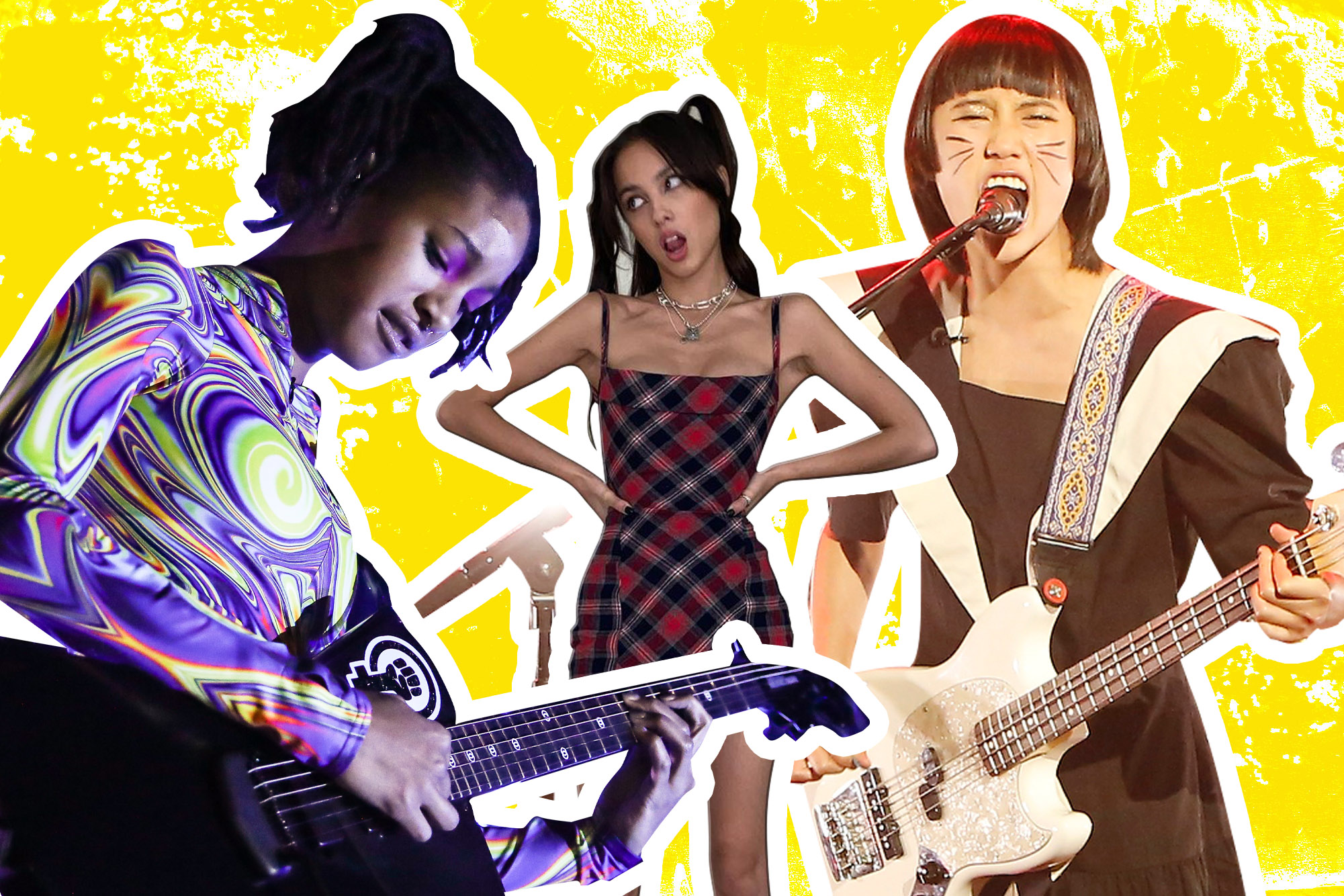 The pop-punk grrrl revival is officially upon us.

Olivia Rodrigo has completed her world domination with her thrashing (and chart topping) kiss-off “Good 4 U.” Willow Smith, who for years was best known musically for telling us to whip our hair back and forth, has linked up with none other than millennial pop-punk paragons Avril Lavigne and Travis Barker for her new album. And the Linda Lindas — the tween girl punk group last seen in Amy Poehler’s Netflix movie “Moxie” — recently made the leap from viral fame to late night, wailing their single “Racist, Sexist Boy” on “Jimmy Kimmel Live!” just last week, after scoring their first major record deal.

All are original in their own right for sure, but how could we not spot the old guard influences in their modern rrriot sound?

Here, a little musical math to help sum up the new queens of scream.

Start with the lyrical prowess of Liz Phair, add the savage delivery of Alanis Morissette and then include Hayley Williams’ vocal acrobatics. The result? You have the genre-bending angst queen Olivia Rodrigo, 18. ​“I suppose I’m considered a pop artist, but I’ve never felt like one,” said the Disney alum in a recent interview, where she namechecked No Doubt and the White Stripes as influences. Clock the Hot Topic chic fashion she rocked on “SNL” earlier this year (plaid and combat boots, the official punk grrrl uniform), and you can say it with me: It’s not a phase, Mom.

It’s not that complicated. To get the snarling, stylish Willow Smith, you take the over-it attitude of Avril Lavigne, plus the rock-star bona fides of Courtney Love, and add the bouncing vocals of Canadian crooner Fefe Dobson. Confused about Smith’s right-hand turn from R&B to full-fledged rocker? Mom Jada fronted Wicked Wisdom, a nu metal group in the early aughts and brought a young Willow while on tour, cementing her love for the genre. All it took was a pandemic for Willow, 20, to start noodling around with actually making the metal album of her dreams. As for the collab with Blink-182’s Travis Barker and Lavigne for said upcoming album? “I needed to get that pop-punk co-sign,” she told W magazine.

First you take the original riot grrrl Kathleen Hanna, then add the rockin’ gals of Sleater-Kinney and the punk goddess supreme: Joan Jett. You’ll get the Linda Lindas, a fab foursome of wily (and smiley) hardcore punk kids — all under 16. The group wasn’t even a year old when Hanna invited them to open for a Bikini Kill reunion show in 2019 after discovering them online. Their youngest member was only 8 at the time. Lest you think these youngsters are all shtick, however, each member writes, sings and plays multiple instruments. And like any good punk act, these girls aren’t afraid to get political: Because they’re not old enough to cast ballots, their song “Vote!” was their way to express dissatisfaction with the Trump administration.

Letters to the Editor — June 11, 2021
Gregory Diaz IV was ‘fangirling’ when he read for ‘In the Heights’
Comment