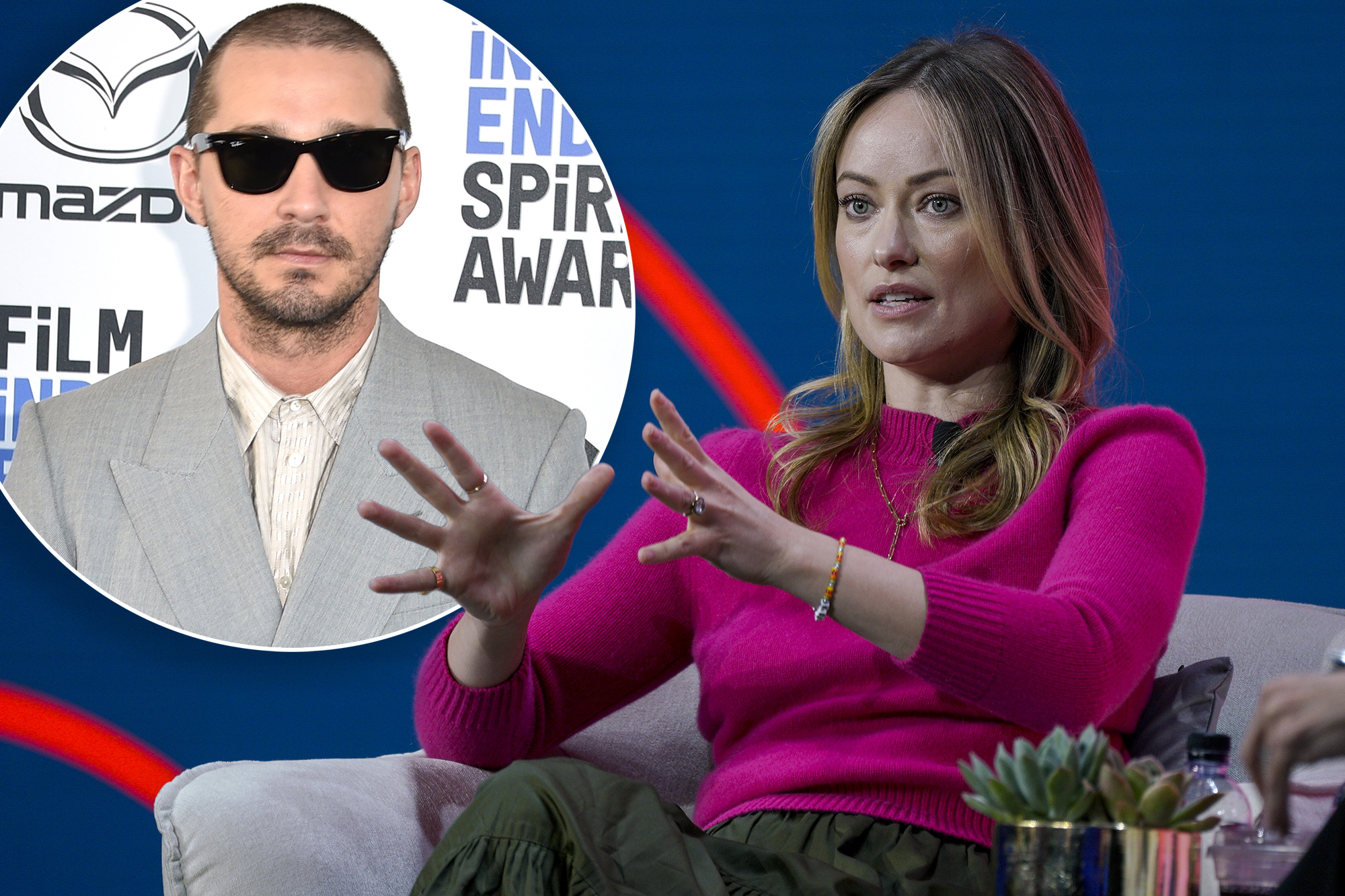 Olivia Wilde is being wildly clear on the rules of her realm: “No a–holes” allowed.

In the wake of Shia LaBeouf’s abrupt exit from her sophomore directorial endeavor, “Don’t Worry Darling,” Wilde, 36, implemented a “no a–holes policy” on the set of her forthcoming film in order to cancel out pesky pecking order problems during production.

“Someone, who’s a very established actor and director in this industry, gave me really terrible advice that was helpful, because I just knew I had to do the opposite,” the Emmy-winning actress-turned-filmmaker explained to director Emerald Fennell for Variety’s Directors on Directors.

“They said, ‘Listen, the way to get respect on a set, you have to have three arguments a day,’” Wilde recalled. “‘Three big arguments that reinstate your power, remind everyone who’s in charge, be the predator.’ That is the opposite of my process. And I want none of that.”

She went on to emphasize her disdain for division between the cast and crew members on her movie sets.

Olivia Wilde has yet to announce a release date for her sophomore directorial endeavor, “Don’t Worry Darling.”Patrick McMullan via Getty Image

“The no a–holes policy. It puts everybody on the same level,” Wilde insisted. “I also noticed as an actress for years how the hierarchy of the set separated the actors from the crew in this very strange way that serves no one.”

She added: “I think actors would actually like to know more about what’s happening there when you’re pulling my focus? What is that lens change? But the idea of, don’t bother the actors and keep them separate, and don’t look at them. I think it makes everyone quite anxious.”

LaBeouf stepped down as the star of Wilde’s “Don’t Worry Darling,” in September. WireImage

The film, which now stars Harry Styles opposite Florence Pugh as the lead man, is a highly-anticipated sequel to Wilde’s crowning cinematic curation, “Booksmart.” Wilde has yet to announce a release date for her follow up flick.

Despite initial reports LaBeouf dropped out of “Don’t Worry Darling” in September due to scheduling issues, it has since been reported that the “Pieces of a Woman” actor was fired owing to his “off-putting” on set vibes.

“He is not an easy guy to work with,” a source told Variety of the former Disney star’s allegedly distasteful disposition.

In December, LaBeouf’s ex-girlfriend, musician FKA Twigs, 33, filed a lawsuit accusing the embattled actor of mental and emotional abuse, strangulation and knowingly giving her an STD.

LaBeouf released a statement maintaining that not all of FKA’s allegation are true.

Wilde stood in solidarity with the “cellophane” songstress, penning a message to her via Instagram Story that read: “Love, respect, and support, @fkatwigs.”

FKA’s suit was also met with support from singer Sia, 44, who tweeted: “I too have been hurt emotionally by Shia, a pathological liar, who conned me into an adulterous relationship claiming to be single.” The “Elastic Heart” crooner’s tweet has since been deleted.

Songwriter Katy Rose lent her voice to the outcry as well, claiming the “Transformers” alum sexually assaulted her when they were both teenagers.

“I grew up with Shia LaBeouf in Los Angeles. We were the same age, ran in the same circles, and were working kids in the entertainment business at the same time. When I was 14, he groped me violently at a party in the Hollywood Hills. He has always been revolting. @FKATwigs,” the music maker tweeted.

I grew up with Shia LaBeouf in Los Angeles. We were the same age, ran in the same circles, and were working kids in the entertainment business at the same time. When I was 14, he groped me violently at a party in the Hollywood Hills. He has always been revolting. @FKAtwigs— Katy Rose (@katyrosemusic) December 13, 2020

“Shia needs help and he knows that,” Holley admitted in a statement. “We are actively seeking the kind of meaningful, intensive, long-term inpatient treatment that he desperately needs.”