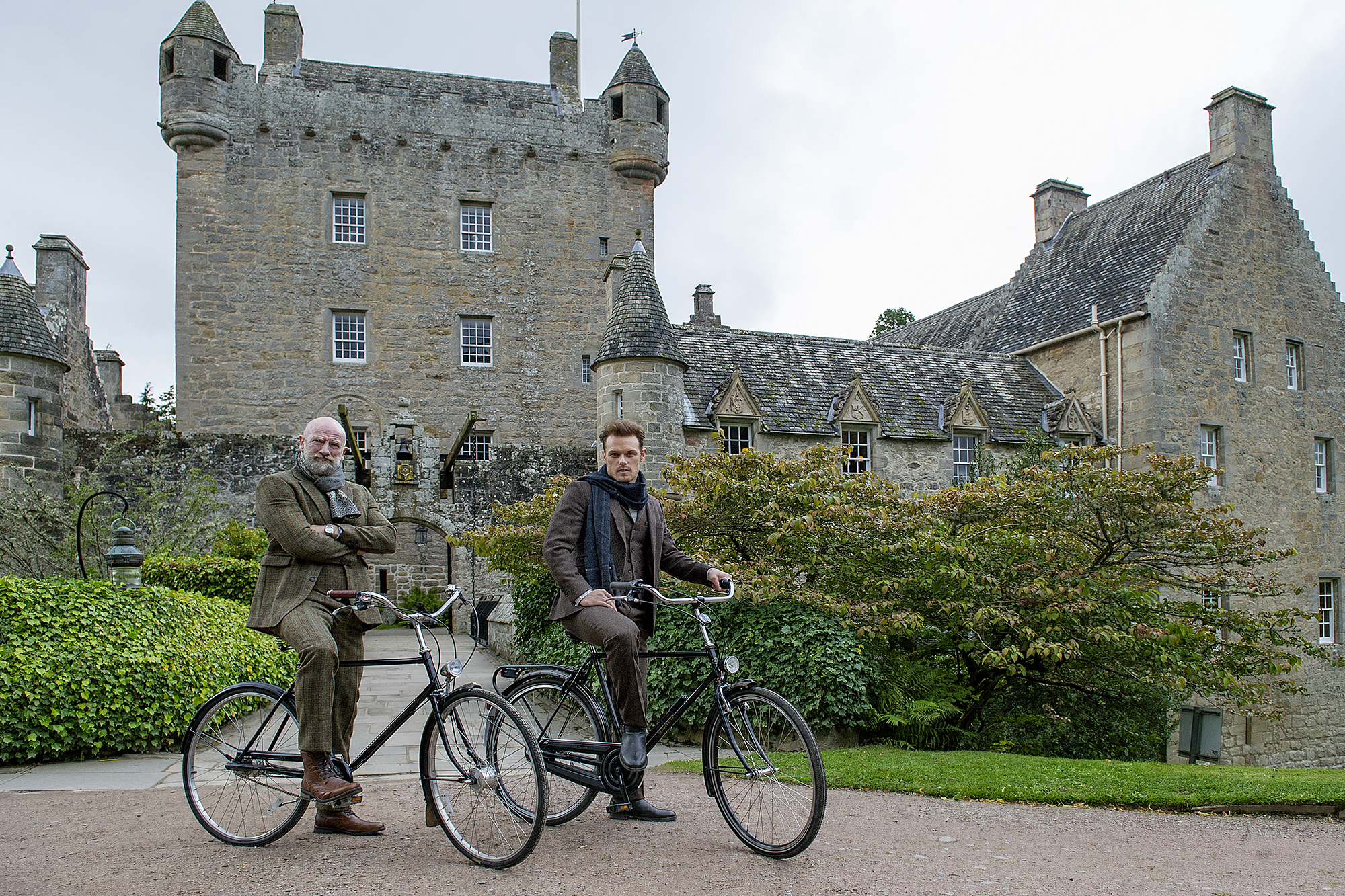 “We’re both proud Scotsman and we both wanted to know more,” Heughan, 40, tells The Post. “The more you dig into it, the more you realize that maybe it’s not as romanticized as it has been portrayed — but it’s such a fascinating country.”

Each episode of the half-hour series, created and executive-produced by Heughan and McTavish, covers a different topic. One episode, for instance, follows Heughan and McTavish as they explore the country’s food and drinks in locations ranging from Edinburgh to remote islands. Another installment finds them playing golf at St. Andrews and rugby at Murrayfield Stadium.

The actor pals first met while filming historical drama “Outlander,” which premiered in 2014 and has aired for five seasons, with a sixth forthcoming. Both play 18th century Highlanders (Heughan stars as the dashing Jamie Fraser; McTavish played Jamie’s pugnacious uncle Dougal MacKenzie, who met his end by Jamie’s hand in Season 2).

“We both had ideas for wanting to do shows about Scotland,” says McTavish, 60, who’s also known for “The Hobbit” and shows such as “Preacher” and “Castlevania.”

“I had an idea about 30 years ago actually that I’d written down called ‘Clanlands’ about Scottish history and the clans,” he says. “Sam and I came together in Los Angeles having a beer, and we talked about sharing that idea together. Sam suggested a podcast; I pretended to know what that was…then this idea came up. It happened very quickly after that.”

“Men in Kilts” was also a way for Heughan to dive into real subjects he’d first fictionalized on “Outlander” — such as the 1746 Battle of Culloden (which saw the Scots brutally defeated by the British, decimating Highland culture).

“Shooting [Culloden] on ‘Outlander,’ I think we did a great job of it,” he says. “Everyone on set — the crew, the cast, the extras — wanted to do it justice. But then after having played that…for Graham and I on ‘Men in Kilts’ to then go to the battlefield, it brings it home and makes you realize with a great deal of empathy what happened on that day.

Aside from solemn moments of showcasing history, “Men in Kilts” has lots of levity as Heughan and McTavish constantly banter and encounter mishaps along the way, including their van breaking down; run-ins with sheep (“they’re pretty intimidating,” says Heughan. “They will not move”); accidentally getting their van stuck in the middle of a marathon and getting heckled by “some very slim men and women in running gear — they didn’t like us,” says Heughan; and what McTavish describes as a “near-decapitation” incident when Heughan was driving a motorbike while McTavish rode in its side-car.

“Men in Kilts: A Roadtrip with Sam and Graham” premieres Sunday. Feb. 14 at 9 p.m. on Starz.Starz

“It’s all entertainment. I laughed all the way,” says Heughan.

The “Outlander” star is currently on location in Scotland filming Season 6, which doesn’t have a premiere date yet.

“We just started,” he says. “It’s been challenging with everything that’s going on right now but we’re very lucky to be here and keeping everyone safe. The weather has been horrendous; it’s winter here so there’s lots of snow but we’re getting there.

“The show itself is full-on from the end of last season [when] the family was fractured; the great war is coming and some old friends or possibly enemies of Jamie’s turn up. So there’s lots to deal with.”