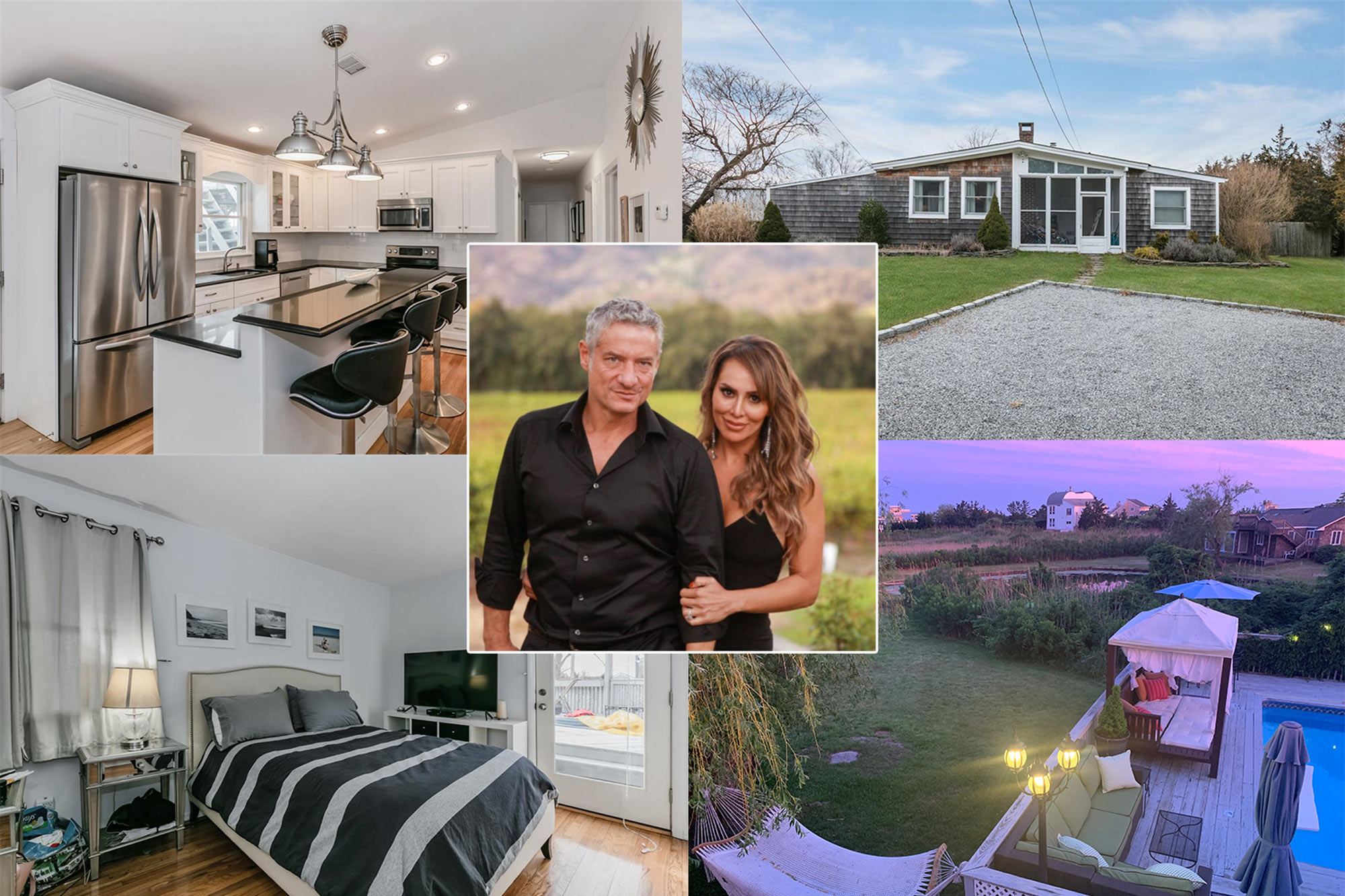 The couple listed the four-bedroom, two-bathroom pad, which Leventhal has owned for 25 years, on Monday for $1.395 million.

“This is where Kelly and I met, so it will always hold a special place in our hearts, but we are on the West Coast now,” Leventhal, a Fox News senior correspondent, told The Post. “One day, if and when we move back East, we hope to buy or build another home for ourselves in the Hamptons.”

The property boasts bay views, a heated pool, a Tiki bar and a rooftop deck, according to the broker’s listing from Douglas Elliman. All of the bedrooms are located on the main level.

Leventhal has been renting out the property for the past nine years, Dodd told us, noting, “It’s been a terrific income property, and will continue to be. We don’t need to sell but decided weeks ago to test the market since inventory is so low and demand is so high out East.”

Last month, The Post reported that the Hamptons real estate market has been booming during the coronavirus pandemic.

Kelly Dodd and Rick Leventhal’s Westhampton house has a pool and a Tiki bar.Courtesy Douglas Elliman

Dodd said there’s already been “tremendous interest” in her home from potential buyers.

The home’s listing went live the day after the “RHOC” star parted ways with Positive Beverage, a drink company she helped launch, after she seemingly made light of COVID-19.

Dodd and Leventhal’s Hamptons home is on the market for $1.395 million.Courtesy Douglas Elliman

Dodd, 45, and Leventhal, 61, met during a barbecue at the house on July 6, 2019, which Dodd attended with her “Real Housewives of New York City” pal Ramona Singer. Page Six reported that Leventhal popped the question just months after Singer introduced the pair.

Dodd (center) and Leventhal are pictured on the day they met, at a barbecue at what was then Leventhal’s bachelor pad, introduced by pal Ramona Singer (left). Courtesy Kelly Dodd

This is not the first property that the couple has offloaded. Dodd said during a “Real Housewives of Orange County” reunion that she had been traveling from California to New York during the pandemic to “reconstruct Rick’s apartment” — a three-bedroom pad that The Post reported in November, sold for $750,000.