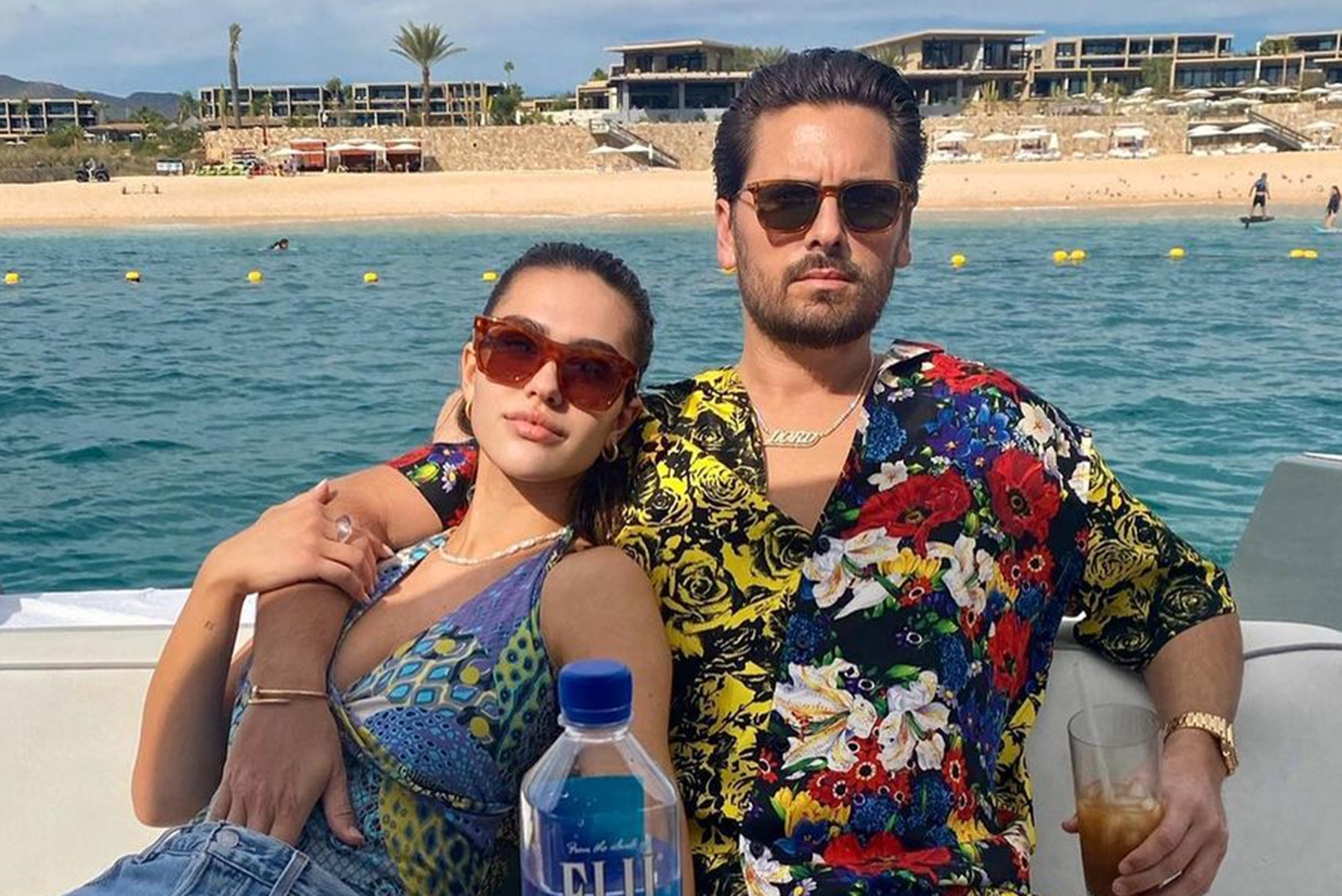 The “Keeping Up With the Kardashians” star presented the gift during a party at Miami’s Papi Steak on Saturday night, with restaurant owner David Einhorn documenting the moment on his Instagram Stories.

Hamlin grinned while her reality-star beau clasped the chain, then thanked him by sharing a smooch as partygoers cheered.

Her new accessory wasn’t the only sparkle in her skin-baring birthday look, as the model celebrated her big day wearing Natalia Fedner’s gold chainmail crop top ($1,757) with a matching miniskirt and sexy lace-up stiletto sandals ($169) from Femme.

The birthday bash — which ended at Miami’s Liv nightclub — also featured a cake covered in edible photos of Hamlin, including the sexy thong-baring snap Disick recently shared on his Instagram Stories.

It’s not the first time Disick has decked his girlfriend out in diamonds, as she took home a diamond tennis bracelet at his 39th birthday party last month.

The couple certainly isn’t shy about sharing birthday PDA, as Hamlin also posted both a gushy birthday tribute and snuggly party photos for the “Talentless” founder’s big day – in addition to gifting him a Harley Davidson.

And even when they’re not celebrating each other’s birthdays, the pair’s age difference continues to make headlines.

Hamlin’s mom, Lisa Rinna, said in May that their relationship “is what it is” — while Kourtney Kardashian’s new boyfriend, Travis Barker, appeared to like a shady comment about the couple’s age gap.

The duo made their relationship public on Valentine’s Day, with Hamlin later debuting a bracelet dedicated to her “dream man.”