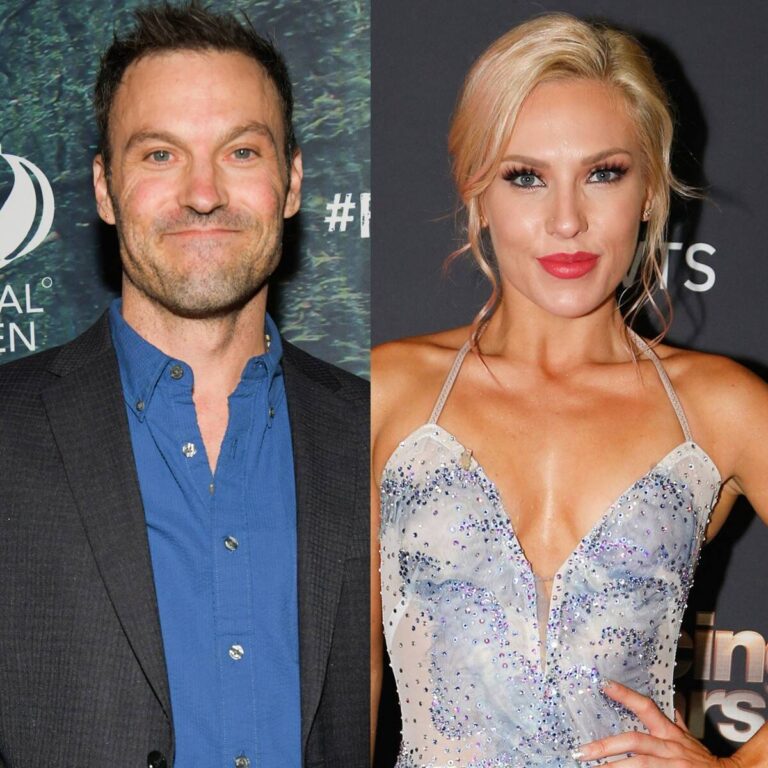 As fans may know, at this point in their relationship, Sharna Burgess has already met her boyfriend, Brian Austin Green‘s three sons with former wife, Megan Fox! That being said, she is well aware of what kind of kids they are, which is why she had only great things to say about how the two co-parents have raised them!
That’s right! Sharna complimented Brian and Megan for their amazing parenting skills while on Australia’s The Morning Show earlier today.
RELATED: Brian Austin Green Requests Joint Custody Of His Sons With Ex-Wife Megan Fox In New Court Documents – Details!
During the chat, Sharna also seemed to be unsure what to call the actress since Megan and Brian are yet to finalize their divorce.
‘He’s a wonderful dad, and he and his wife—uh, ex-wife—have raised 3 beautiful children. And they are so wonderful and sweet and kind and considerate, and they have done such an amazing job,’ she gushed during the interview.
According to her, Megan and Brian have managed to stay quite civil amid their ongoing divorce and they both have made her feel comfortable about entering both their lives by dating Brian.
RELATED: Brian Austin Green Reportedly ‘All-In’ To Seriously Date Model Tina Louise After Megan Fox Split – Here’s Why!
‘I think they are doing a great job with managing their situation, so I’m grateful that I’ve been able to fit into it, into their world,’ she went on to share.
The romance rumors between the actor and Sharna started going around during the holidays since the two spent Christmas in Hawaii together.
Then, last month, they made their romance Instagram official.
One source told E! News that Megan Fox can’t wait for the divorce to be finalized so she can put all of that behind her and they can both move on with their lives officially!
The actress has been dating rapper Machine Gun Kelly and they are inseparable!
‘Megan would like to wrap it up and get it all finished as quickly as possible, but Brian isn’t exactly working with her on that,’ the insider said about the divorce process.
Advertisement