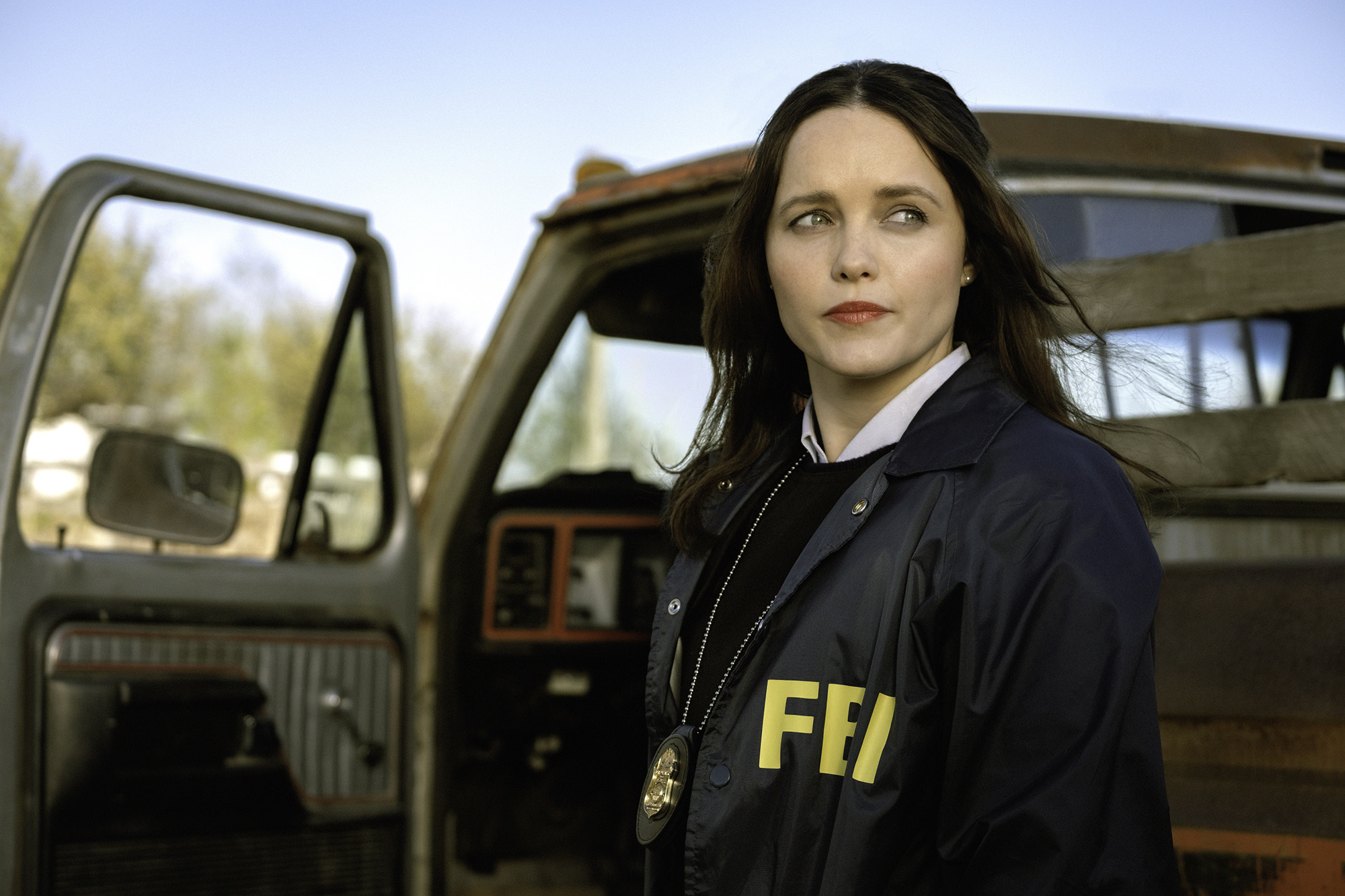 It’s always tough to turn an iconic movie into a TV series — “Stay tuned for scenes from the next episode of ‘The Godfather’,” said no one ever — but “Clarice” is off to a solid, if unspectacular, start.

“The Silence of the Lambs” sequel, premiering 10 p.m. Thursday (Feb. 11) on CBS, stars Rebecca Breeds as FBI agent Clarice Starling — the role that, 30 years ago, Jodie Foster stamped into movie history opposite Anthony Hopkins’ Dr. Hannibal Lecter (“I’m having an old friend for dinner”). She’s got the same West Virginia drawl as Foster’s Clarice (Breeds is Australian and hides the accent well).

It’s now 1993. Following on the events of the movie, it’s been a year since Clarice shot and killed “Buffalo Bill” and saved his next intended victim, Catherine Martin (Marnee Carpenter), from the hand (and knives) of the depraved serial killer in his creepy underground lair.

Catherine’s mother, Ruth Martin (Jayne Atkinson), is now the US Attorney General, and summons Clarice — who’d returned to her forensic profiling — to Washington, D.C., after two women are found dead in the Anacostia River, the apparent victims of a serial killer who viciously bit and stabbed them both, multiple times, before shooting them in the head. There appears to be nothing linking the victims, but we know better.

Clarice, who temporarily moves in with FBI colleague Ardelia Mapp (Devyn A. Tyler), isn’t thrilled about her new assignment; she’s suffering from PTSD post-Buffalo Bill (Hannibal Lecter is referenced in passing, but not by name), and has been ignoring phone calls from troubled Catherine Martin, who wants to talk to Clarice about their shared trauma.

She’s also not so sure there’s a another serial killer on the loose, which doesn’t endear her to her new boss at the FBI, Paul Krendler (Michael Cudlitz). He thinks she was in the right place at the right time vis a vis Buffalo Bill and is still too green, feelings shared by his team members: military sniper Tomas Esquivel (Lucca De Oliveira); Shaan Tripathi (series veteran Kal Penn, who co-starred with Breeds in the short-lived CBS series “We Are Men”); and cynical technical guy Murray Clark (Nick Sandow).

“Clarice” is a sequel to “The Silence of the Lambs” set in 1993 following the events of the movie.
CBS

The series opener doesn’t waste too much time on exposition (always appreciated — it’s clunky and often gets in the way) as Clarice works to prove herself and nab the killer, meeting much resistance from her colleagues and the attorney general back in Washington. As the episode progresses, the third victim is found and Clarice begins to piece together a pattern to the murders.

The series’ second episode gets a bit more into Clarice’s back story as she’s called to Tennessee with Krendler and crew to help the ATF navigate an armed standoff with a charismatic leader (guest star Tim Guinee) and his adjacent militia group. (Shades of the 1993 Waco/David Koresh siege, which occurred in the 1993 “Clarice” timeline and is mentioned several times).

Still, there’s a long way to go in to keep Clarice interesting and multi-dimensional while balancing her work with her colleagues — who will, as these things go, become her second family. Cudlitz does a nice job both overtly undercutting and subtly supporting Clarice, and there’s a hint of something deeper between Clarice and Tomas, her only true ally on the team in the early going. Penn doesn’t have a whole lot to do yet, and Sandow (“Orange is the New Black”) is always good. He’s got that world-weary look you would expect from an FBI agent who’s seen it all.

I wouldn’t call “Clarice” gripping, but it does grab your attention and keeps it there, with the promise of an interesting Season 1 story arc and enough action to retain your interest — including flashbacks to Buffalo Bill, which should assuage the movie’s fan base.